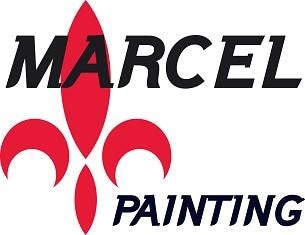 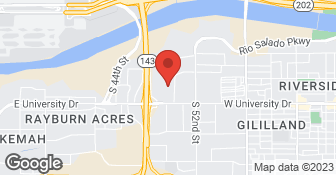 Very well done. Our house looks great, and the price of $1500 was very reasonable. The two painters finished the job in two days, and we are very pleased with the results.

Description of Work
Painting the exterior of our house.

After Marcel finished with my porch ceiling it looked like new again. Excellent job! This is the second time I've used Marcel and they did 5 star work both times.

Description of Work
My back porch ceiling was falling apart. Paint flaking all over, drywall drooping, etc.

Marcel Painting did an excellent job and the home looked much better when they were done. I would hire them again.

The estimate process with them was excellent.

Description of Work
House is 24 years old and once was a fire station but now remodeled as our home. Exterior only needs paint. Living area is one story but garages are typical height for a fire station. Stucco on block.

They broke my weather vane, tried to conceal it, and the owner ignored me when I tried to speak with him about it after he was paid in full. Update 02.02.2021.: Subsequently the contractor, remedy the problem to my satisfaction.

Hello [Member Name Removed], I called you back 3 times. I apologize I had a cracked tooth and I am in a lot of pain. I am at the dentist now. I will call you again when I get out.
5.0

Very well. I am very pleased with the result.I would recommend them to my friends.

It went very well. The crew arrived on time and finished more quickly than we anticipated.

Description of Work
Painted the trim on the house and one planter plus a small stucco repair.

The house looks beautiful. The team who handled it, Abel Rodriguez, went above and beyond my expectations.

I got 6 project bids prior to picking Marcel Painting. I chose them because of the excellent ratings they received online and was not disappointed. Freddie, the project manager, was very professional and the work quality was excellent. His crew was also customer focused and friendly. I was very happy with the end result and would highly recommend Marcel painting.

Excellent job by painter. Especially impressed by the care taken with prep work including caulking and repairs where needed. Would not hesitate to recommend this company or to use again.

They did an excellent job and gave a very reasonable price. They were very responsive to any questions I had. Both the president, Kelly, and the painters were all very professional and I would highly recommend them. I would definitely hire them again.

Description of Work
They painted the exterior of my house.

I hired the company to paint the exterior of my house. I was given a proposal that detailed the work that would be done and the price. I was separately told via email with the representative that gave me the quote that the job would take 3 days. One painter arrived on the agreed upon day to start work and finished the entire project in one day. When I walked through the property the following day it was extremely sloppy. After reaching out to the company, the painter returned to walk through the property with me. He returned later that week to fix issues. When I walked through the property after his attempt to fix the issues I found most of the issues not corrected and several things actually made worse. I took 70 photos of the property highlighting the issues I had which included paint on the sidewalk, overspray, drips on light fixtures and furniture, uneven coverage, etc. I contacted the company again and shared pictures with the owner. His emailed response was “OMG” and he sent a subcontractor out to the property to fix the work. After two days of work and 2 additional walkthroughs, there are still clear issues with the quality of the job. I took an additional 77 photos showing the issues. I was not followed up with after the subcontractor left for two weeks. When I finally did get follow up, I was no longer interested in having the company out for a third attempt at corrections and I had already proceeded to make many corrections myself. Absolutely horrific experience that is now being escalated with a formal complaint to the BBB because the owner is sending unprofessional emails and threatening collections if I do not pay the full original invoice amount even though the terms of the contract were not met.

Description of Work
Exterior Paint on a residential property

Hello [Member Name Removed], I apologize that you are not pleased. I will contact you shortly.
5.0

Beautifully - and Sam, the painter, is just a super guy. Delighted! I'd never hire anyone else!

The three men showed up as scheduled and proceeded to do a great job.

Even though the painters arrived late they did call to let us know they were running late that morning. Once they arrived they got to work and were still able to complete the job in one day. We are very happy with the job they did and the price, which was substantially less than two other quotes we received. We would definitely hire them again.

Description of Work
Painted the master bedroom/bath and second bathroom

I felt that Kelly provided me with a very, very good and fair price on a painting job and even came over personally to help me know what parts of the house and trim would be painted my chosen colors, when there were some areas around the roof and patio that I wasn't sure about.

Hello [Member Name Removed], Thank you for the review!
5.0

Painting was done very well. Painters were hard working and completed our job on schedule.

Description of Work
They painted the exterior of my house and did some stucco repair.

The contractors were very professional, punctual, friendly, and easy to work with. They did an excellent job painting the exterior of my house for a reasonable price. Excellent quality! I would recommend Marcel Painting to my friends.

Terrific!! The job was very professional.

Description of Work
Power washing our driveway and house

Marcel Painting was quick to respond to my Angie's List request (two other painters on Angie's List never bothered getting back to me) and met me the following day with the quote in hand shortly thereafter. The work was done within the week at a fair price, and the place looked 100% better. Painters are the hardest trades for me as a Realtor because they seem to disappear the 2nd time you want to use them, this is definitely a company here for the long haul that strives to deliver a good experience and does what they promise. I will be using them again.

Went well. Owner of the company even stopped by a few times to check on he work.

The painting of the outside block house went very well. There was a slight delay of a few days before the black iron trim and black security screen doors were repainted. The house looks much refreshed with new paint and trim.

Description of Work
The outside of the house was repainted as well as the decorative iron trim and security screen doors.