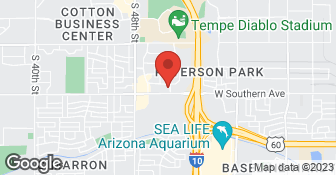 I wish I could give this company negative stars! We bought over $20,000 worth of pool equipment from this company unfortunately. Half of the equipment was two large heat pumps from Aquacal. Right at the one year mark after purchasing the heat pumps, one of them stopped working. We contacted Heliocol since they had installed the units for us. Heliocol sent a person out to diagnose the issue. He was at hour home for no more than 5 minutes and left without saying anything to us. I called Heliocol twice the following week trying to confirm what the diagnosis was and when someone would be repairing the unit. No one from Heliocol took the time to return a phone call so I ended up contacting Aquacal directly. Aquacal was awesome, they sent out Gillespie Heating & Cooling immediately and they covered the entire warranty claim for us. Out of nowhere, we just received an invoice from Heliocol for a $95 trip charge along with a $75 fee for 1/2 hour of labor stemming from the same warranty repair. Heliocol says they handled the warranty claim so we have to pay. What?? I worked with Aquacal directly to get this handled because Heliocol never came back or called me. I just got off the phone with Melody at Heliocol who was extremely unprofessional and rude. She just kept repeating that they had come out so we had to pay. She did mention they would remove the phantom $75 for the 1/2 hour they say their technician worked on our heat pumps which never happened. Stay away from this horrible company!!

Recommended. To me by Shasta Pools when I built my pool and after four seasons it has worked great! We are able to swim earlier in the season with no additional expense. In addition my grandkids swim well into October. The only problems we have experienced some some minor leaks which were promptly fixed.

I was referred to heliocol from my local Leslie’s pool store at 59th. Bell rd. The salesman Jamie was on time and explained all the different ways to heat our swimming pool. The hardest part was deciding between gas, electric or solar to heat our pool. The solar heater was the best option for our needs and Jamie was careful not to over promise on the solar heater’s capabilities. The solar heater is actually performing better than Jamie said and we didn’t purchase the largest system that Jamie offered - He gave us three options based off our personal needs : A• 6 panels 300 square feet. B• 7 panels 350 square feet. C• 8 panels 400 square feet. My husband and I chose to go with 6 panels which Jamie said put our system at 88% surface area to surface area. The decision was easy because Jamie said we can add additional panels later if needed with ease. *Plus the 6 panel 300 square foot solar heater was inline with the budget - the price of the solar heater was a little higher than we thought it would be but we couldn’t be happier with the whole experience! The first year we moved to Arizona my family was shocked/disappointed that we were only able to use our new swimming pool three to four months out of the year - after all we moved to the desert!!! Our heliocol solar heater was installed in January 2016 and I promised Jamie that I’d write an honest review after one year positive or negative - Jamie wanted to help clean up some of the negative reviews posted by jealouse competitors - I thought he was concerned over nothing but after reading some of these reviews it’s crazy - he wasn’t kidding and anyone that has a heliocol solar heater can tell because the bad reviews don’t even make sense - they state all kinds of falsities that don’t even line up or make sense : 10year warranty that only covers some things? heliocol warranty is 12 years and it covers everything panles, parts, labor and even the installation is covered under the warranty! Please contact me for a reference or contact Jamie with heliocol and he will provide customer reviews! Jamie Miller T • 623-377-6100 E • Heliocolpoolsolar@gmail.com

Description of Work
Put up solar heating panels on my roof to heat my pool.

Thanks you for your interest in Our World Energy for your energy independence! Power companies are the biggest monopoly in America. When you move into your house you are not given options for your power company. That is not the case any longer in Arizona. When you partner with an ethical and knowledgeable company like OWE, you will be able to no longer rent your energy from your power company, instead you can use the sun to power your home at a lower cost than your average electric bill! $0 down, very low interest rates (1.99% oac), and a 30% tax credit is available! Once you meet with an experienced and knowledgeable consultant you will see why so many Arizonians are going solar.  …

We take great pride in our experience, expertise, quality, and customer service that we provide to meet the consumers' needs. It is our mission to provide excellent workmanship, and complete customer satisfaction from start to completion of a project. In order to understand the needs, and expectations of our customers, we take great care to work, and communicate with every customer in a professional manner. Our reputation is based on service, safety, and quality, regardless of how large or small the job.  …

If you're in need of a pool repair or looking for a remodel to bring your existing pool back to life, we can help! We have over 50 years of pool construction and repair experience. You can rely on us to design and re-model a one-of-a-kind experience. If you are in need of a repair for your pool surface, pool deck, pool tile or are in need of a pebble surface repair, ask our specialists, we can handle it all.  …

How is HELIOCOL overall rated?

HELIOCOL is currently rated 3.4 overall out of 5.

What days are HELIOCOL open?

What payment options does HELIOCOL provide

Does HELIOCOL offer a senior discount?

No, HELIOCOL does not offer a senior discount.

Are warranties offered by HELIOCOL?

What services does HELIOCOL offer?