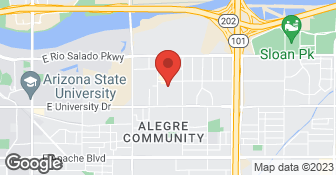 Plumbing Masters is a locally owned Plumbing company with 24/7 Emergency Service. From regular maintenance issues to emergency plumbing repairs, you can count on the Plumbing Masters to provide you with fast, affordable, and honest service. TECHNICIANS YOU CAN TRUST When you hire Plumbing Masters for any plumber repair – no matter how big or how small – you can be confident that we’ll do the job right the first time. Our licensed and trained technicians take pride in the work they perform for each and every customer. They work in a timely, efficient manner while still attending to even the smallest details, so that each job when completed, meets our highest standards of excellence. We’re confident that you’ll be impressed with the expertise of our technicians and the care that they put into each job SIMPLE, STRAIGHTFORWARD PRICING We uphold a policy of being upfront and honest with all of our customers. We extend that policy into every aspect of our business – including our pricing. We don’t want you to be caught off guard by unexpected fees or charges, so we’re upfront about everything from the moment we sit down to talk with you. Each home plumber with our company will outline the work needed to complete your project along with the cost of each action. It’s a simple, straightforward process. If a needed repair seems financially out-of-scope, we can work with you to set up affordable financing options. WE RESPECT YOUR HOME AND BUSINESS When you invite a plumber, electrician, or any other service professional into your home or business, you expect that person to treat your property with respect. Unfortunately, not all service professionals take the time and effort to clean up after completing their job. When you work with our company, you don’t have to worry about having a mess around your home or business. Our plumbing experts make sure to leave the area where they worked in good condition, so you don’t have a mess to clean up after they leave.  …

Easy to work with from start to finish

Description of Work
I have solar panels to heat my pool. I was told there was a clog that needs to be repaired for the panels to heat the pool properly.

Aqua Science installed our RO system in 2018, all went flawless . Follow up/ change of filters in 2020. There follow up for changing filters etc is exceptional, and quality of products and water is Great. Communication with Aqua Science is always professional. Very happy with the services and refer them often!

Description of Work
RO system install and follow up

Very smoothly. Both installers were very professional and knowledgeable. We had high confidence that they were doing the work properly.

It turned out that the pump had multiple components that were broken, which were quite evident when the pump was turned on. The combined parts would cost half the price of a new pump and the existing pump was almost 10 years old. Aqua Science sold me a new pump at a very reasonable price and installed it within several days. Their service technician, Caleb, was very courteous and efficient.

System was compromised and needing replacement due to bacteria in system which was bad. The technician showed me everything and agreed that we needed full replacement. They made me a deal and am now also a subscriber to company for notification of service as needed to keep this from happening again. The service was great.

Description of Work
Call was to replace filters for RO system.

Thanks for telling us about your experience. We'll see you next year! -Joshua Bons, Aqua Science Customer Care
5.0

I Always ask for Sam because he is AWESOME, he is always on time and he takes his time and checks everything from my Resin tank to my Carbon Filter tank and also my brine salt tank, he also goes through my Clack Timer Valves and goes through both of them very carefully to make sure everything is in good working condition. If there is any question that I have, I can always count on Sam. I also think that Aqua Science is the best company to buy a Water Softener from and have it serviced, along with other water products they have.

Description of Work
My once a year Water Softener check to make sure it is running in tip top condition.

Didn't happen. Although Aqua Science is good about reminder emails, and even calls to make sure this servicing occurs, the day of couldn't have gone worse. I was scheduled on a Friday, 12-4P. I needed to see my Dentist that morning, and my medical doctor that afternoon, and called and learned from John (I think that was the service manager's name) that I was scheduled for 1P, so noon - 2P was perfect. Done. While sitting in my dentist chair at 9A, my phone vibrated. Upon checking when my appointment was over, the tech had called to say he was five minutes away. Funny given my appointment was four hours later. Called John back. Something went haywire, I'd been moved on the schedule and not informed. I get it that things can happen. But not to worry, he'll make something work and I'll be taken care of by 2P, when I needed to leave for the Dr. The service rep didn't show. All in all, I must have talked with John trying to get this taken care of three times. Here's the best part, and a truly poor customer service experience. I returned from the Dr.'s office at 3:55P, and sure enough, their service rep was just leaving my house. I flagged him down. He told me he was told to get to me by 4P (odd because I wasn't home, nobody called me, but OK, appreciate the effort). When I asked if we could do it now, explaining the surprising struggles of the day, or did he want to reschedule? He said reschedule. I guess Aqua Science doesn't pay overtime.... Of course, I wasn't too happy. So, I called in at 4P. Asked to speak to the President, who wasn't in, but left a message about this...interesting day. He has not returned my call to this day. For that matter, John hasn't called either. Nobody from Aqua Science has. Pretty unbelievable and poor customer service. I'm currently shopping for a new RO system servicing company.

Description of Work
Servicing of my kitchen sink RO system.

Find a different company! We came home to major water damage originating from the RO system they installed. Their insurance company is offering over $5000 less than what it would cost to restore our home to pre-damaged conditions and this company hasn't stepped up to cover. In addition, their insurance company won't respond to any of my questions because I am not "their insured" and they won't accept any estimates from anyone but their own estimator. Their insurance company does NOT negotiate and does not accept estimates. They only pay a depreciated value not replacement costs, therefore it does not protect the customer. Aqua Science should be working with their insurance company (not me) and they should cover all costs to restore our home, but no such luck yet. Of course, they could do something to take care of their customers, but they obviously choose not to. Move along and use a different company that makes sure the customer is taken care of no matter what. I am filing a complaint with the ROC now. Hopefully, they will step up and do what's right in the end. We shouldn't be out the money when they caused the problem. FYI this company works under several names: Aqua Science, Costless Water Systems, AZ Water Rentals and J&D Resources.

Service man came on time and quickly diagnosed the problem as the valve system was not working properly. He replaced 6 or 7 rubber valves which were, on average, 1 inch by 1 inch. Watched him do all the work and the unit did start working. My beef: $350 for 6 or 7 tiny rubber gaskets/valves... are you kidding me. Their cost had to be no more than $25. Is the unit fixed, yes, for the time being. Do I feel like we were ripped off, yes. Maybe that standard pricing, but I don't think so. Service tech also mentioned we were close to needing a new unit. Ours is 10-12 years old so I don't doubt it. I will look long and hard for a new company before purchasing a unit from Aqua Science.

Description of Work
Inspected unit because brine tank was not emptying.

I am sorry you feel like you were ripped off. According to our records your total was $317.10 for the service. The price for rebuilding your valve was $242.10, the additional $75 was the trip charge and diagnosis fee. It may seem like you paid $242.10 for a few pieces of rubber however you also paid for our technician's time and expertise as well as our assuming liability for anything bad that may happen related to the work we did on your valve for thirty days. After reviewing the details of the job it does look like this was a relatively fast and simple valve rebuild compared to most of the rebuilds we do so I will be filing to get you a refund for the $75 trip/diagnosis fee. You should see that come back to you sometime in the next week or so depending on your method of payment. Thanks for taking the time to tell us about your experience. Please let me know if you have any questions. -Joshua Bons, Aqua Science Customer Care
3.0

They tried to sell me a new hot water heater. They need to make sure we really need that. They left the area neat and clean.

Description of Work
They did the hot water heater.

Thanks for taking the time to tell us about your experience. Are you dissatisfied with the level of service you received? What could we have done better to improve your experience? Thank you, -Joshua Bons, Aqua Science Customer Care