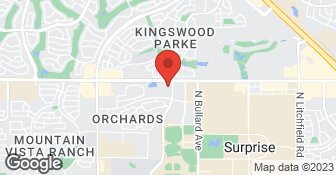 It took him 5 minutes to diagnose problem with agitator, He had the parts in his truck. Finished repair in less than half hour. Great work and great price for service.

I noticed on Saturday that my refrigerator seemed to be warm. My Maytag refrigerator has never operated well. The defrost cycle doesn't work the way it should. On Monday morning, around 8 a.m., I called My Appliance Guy and spoke to Mario. I was given a time that morning of 9 to 12. Bill arrived at 9:30. He knew what he was doing. He disassembled the freezer area and defrosted the evaporator coils which were caked in ice. He ran diagnostics on all the components of the system and determined that one of them was the possible cause of the problem. He replaced a part called a Bi Metal fuse. He also indicated that there might be a need to replace the Jazz Board, which is an electronic control board that controls the defrost cycle on my Maytag model, but we will see how this new part works for now. I am happy with this and after doing some research have learned that the Jazz Board is a common cause of this problem. When Bill left, my refrigerator was getting the cold air that had been blocked. I may decide to have him come back and replace the Jazz Board. His estimate for the part he replaced and the Jazz Board and his labor was a little over $300. I paid $155 for his visit today, and will pay the difference if I do replace the Jazz Board. My Appliance Guy's warranty is 90 days parts and labor. I am a very satisfied customer and will definitely call them for all my appliance repairs in the future.

Description of Work
Maytag refrigerator was not cold, but freezer was working fine.

Went great. First fridge fixed second fridge was too expensive to repair so we opted to by new.

Description of Work
Needed a small repair on one refrigerator and another fridge looked at because it wasn't staying cool.

Made the call on Friday Dec. 23rd, Made appointment for Tuesday Dec. 27th due to Christmas weekend. I had made other calls but no one called back until after the weekend. The Tech showed up on time, kept me in the loop the entire time, even when I was standing over his shoulder watching what he was doing, which I hate when I am working on something, He was very friendly and professional. Will use them again if needed.

Mario did a good job fixing the problem with the ice maker on my Whirlpool refrigerator. He ended up replacing the ice maker. It's been 2 days and it's still working. However, he is too pricey. For about 1 hour work (including time he spent answering phone calls), he charged me $127 labor and $183.84 for the replacement part. After checking Whirlpool's online parts site, I found out that the part cost $59.99 plus S&H. I'll leave it up to you to determine if he is the one for you if you need any appliance fixed.

Very prompt & professional! He was the only call I made as I had found his ad in our local HOA newsletter. Mario instructed me shutting off the water in the wall behind the refrigerator. Repairman Bill was out the next day and fixed the leak very quickly. Will definitely use this company again when needed!

We had called him to fix our dishwasher after having some problems with standing water inside of it. When he arrived, he was professional and diagnosed the problem. He told us that he needed to order the actual drain pump part and come back in a couple of days and install it. He came back three days later with the part, installed it, and it worked just fine. Two days later, it was doing the same thing as it was prior to us calling him. We called him back, he didn't answer, but left him a voicemail message letting him know the problem was still occurring. It took him a week to even respond to the phone call. We had standing water inside the dishwasher at the time we left him the voicemail and he wasn't calling back! With standing water, that is just unacceptable, especially when he was the one who had done work on the dishwasher two days prior. Because I have an electrical background and had access to the dishwasher manual with its wiring diagram, I opened up the dishwasher myself and noticed that the insulation was melted off due to improper installation and all of the wires were melted. I had to go in there and try to repair them myself. My attempt was successful, lucky for me. I have not had a problem with my dishwasher since I fixed the problem that I had hired him to fix. I am a disabled veteran and and things like this are difficult for me to do, but I had to go in there and do it... something I paid him to do.

He replaced the heating element. He did a good job with the work. He responded very quickly. He is very friendly and knowledgeable. He also helped me with my refrigerator without a cost.

Description of Work
He repaired my dryer.

We are a local veteran owned business specializing in appliance repair and sales. We focus on working with our customers to find the best solution. We will inform you along the way as to what is wrong and what will be needed to take care of the problem. We provide a top quality experience at a reasonable price. Our technicians have been in the industry for over 10 years; not only doing repairs but installations also.  …

Insured
All statements concerning insurance, licenses, and bonds are informational only, and are self-reported. Since insurance, licenses and bonds can expire and can be cancelled, homeowners should always check such information for themselves.To find more licensing information for your state, visit our Find Licensing Requirements page.
General Information
Free Estimates
Ask for Details
Eco-Friendly Accreditations
Yes
Payment Options
Check
Senior Discount
10%
Warranties
Ask for details

Repair on all types of home appliances to include refrigerators, washers, dryers etc..

How is My Appliance Guy overall rated?

My Appliance Guy is currently rated 4.5 overall out of 5.

What payment options does My Appliance Guy provide

My Appliance Guy accepts the following forms of payment: Check

Ask My Appliance Guy for details on free project estimates.

Does My Appliance Guy offer a senior discount?

No, My Appliance Guy does not offer a senior discount.

Are warranties offered by My Appliance Guy?

No, My Appliance Guy does not offer warranties.

What services does My Appliance Guy offer?

My Appliance Guy offers the following services: Repair on all types of home appliances to include refrigerators, washers, dryers etc..