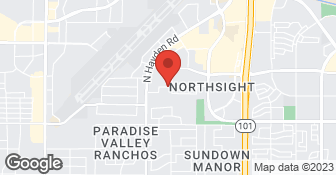 Healthy Pools and Spa Repair Service provides on time, courteous service and operates in accordance with industry standards. We pride ourselves on being the best service company in the area. Our growth and success can attribute to professional dedication and focusing on our customer’s needs. Please let us show you how Healthy Pools and Spa Repair Service can be an asset to your bottom line, and not just another repair expense. We welcome questions regarding your Spa or Pool care. Our Healthy Pools and Spa Repair Service certified service professionals will provide you with a service you can trust. We operate under the same criteria that we expect when we do business. Sometimes things break and need repair, we all understand, so we do everything we can to ensure our customers receive the level of service so that you will contact us anytime you need us, and will gladly recommend us to your friends! Please call now for a estimate and to let us develop a repair program to best fit your needs at 602-369-4338  …

We take great pride in our experience, expertise, quality, and customer service that we provide to meet the consumers' needs. It is our mission to provide excellent workmanship, and complete customer satisfaction from start to completion of a project. In order to understand the needs, and expectations of our customers, we take great care to work, and communicate with every customer in a professional manner. Our reputation is based on service, safety, and quality, regardless of how large or small the job.  …

A normal service charge to pools service is between 75-100 per month for 4 visits, I was charged $189.88. I was charged for chemicals that we bought for him to use and were sitting out which he used. He said the additional charge was for chemicals that he had to mix in, which he did not as I watched the service. When the service was finished and I saw the pool was not cleaned thoroughly, the stairs were not cleaned. I confronted him about this and he barked at me and said they had been cleaned and then he just left. I have tried to contact him numerous times by phone and by letter with no avail. Which the one time I did talk to him, he told me I had to put it in writing, which I did. I finally have received something from a collection agency. I feel this is extreme, since he did not return my calls. This is not professional at all and I would not recommend this company.

Description of Work
One time pool service and cleaning. Before the start of the service he asked me to sign a form. I told him that I needed to get my glasses and he insisted that I sign the form. The form said that it was $35 for the pay, but there was handwritten scribble which said $35 per 1/4 hour pay. I was charged 4 times the amount for one service. I feel that he was trying to take advantage of the situation, since I told him the reason that I called initially was b/c my husband was not available. Tried to sell me $800 to $900 worth of additional equipment, then when that would not work, he tried to sell me additional things for $300- 400 worth of stuff.

Customer never told me they had to get glasses. No scribble, clear as the $35. Did not try to sell any equipment. Pool was green, algae infested and full of dirt and leaves. Over 1 hour to clean. Used my chemicals. Client told me going she was going in to house as it was too hot for her. Dirt and algae stained into plaster, needs acid bath. Ad says, $8 is for chemical only. Service & chemical one time cleaning as she stated is not $8. $100 for 4 visits is for a pool in normal condition. Jack Lefkowitz - owner
3.0

THIS IS OUR REGULAR POOL SERVICE COMPANY. I COMPLAINED ON SEVERAL OCCASIONS THAT THE POOL WAS NOT CLEANING UP WELL. THEY SUGGESTED IT WAS SUMMER STORMS. FINALLY HE AGREED THAT THERE WAS SOMETHING WRONG, BUT IT TOOK THEM AWHILE TO REPAIR IT AND OUR FILTER WAS OFF FOR THREE DAYS WHILE THEY WAITED.