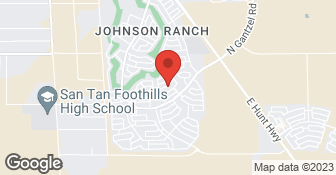 Here at Amberstone Hardscaping Design We Specialize in Masonry and the Installation of Pavers, Concrete, Waterfalls, Artificial Grass & Much More! Call Today and Tell Us What Your Perfect Yard Would Look Like and We Will Put Together Some Designs Until We Find Exactly What You Want! Estimates are FREE! So Don’t Worry About Paying Anything Until You Are 100% Sure That What We are Giving You is Exactly What You Want! Pricing Varies Depending on The Brand Of Product Chosen and The Size Of The Area Getting Done. We Want to Work with Everyone’s Budget So Everyone Can Have the Yard They Want!...

They were great and they did and fantastic job.

Great! They made the whole process stress free! I have a pretty good sized backyard and they had it done in no time! Amazing family business! We plan on having them do our front yard next!

This company is the worst landscaping company ever! They started out by delaying our project several times, yet promising the job would be completed in the time frame we'd set. On Christmas eve they worked until 10:00 PM, to get the fountain and the front courtyard and sidewalk completed because we were having 20 people over for dinner on Christmas Day! It still wasn't finished and it took another 2 weeks! BUT...the job was supposed to be finished by the end of November!!! Constantly delayed our project, never did complete the job the way it was supposed to be done, workmanship is so shoddy on some things, we are now having to pay to have things re-done after paying $30,000.00 for this project. The lying, the poor excuses for not doing things the right way the first time, the lack of professionalism, you name it, this company should be banned from taking money from anyone!! We had sod put down, and its dying because the sprinkler system wasn't done right, and now we're having to have things fixed! Electrical work that wasn't done right is now going to have to be redone, things that we asked for, we never received. I wouldn't put my name on anything that was done like this! Absolutely no excuse for this kind of bad work!

Description of Work
Landscaping front and back yard

House remodeling demolition,framing, drywall and paint We are a remodeling company that service residential and commercial clients, we have 18 years of experience working in framing, Drywall, Painting and all other services needed in any type of remodels, please call us for a free estimate. Our Clients satisfaction is our first priority since every job is customized to their needs. We cover with plastic all the extra areas we’re we work to guarantee Dust FREE Make the drywall patches Seamles.we take enough time to work to be up to quality the MATCHES the existing texture Before making the repair we very that the structure is well enough,so that it does not have drips damage or bad things if there any we let the client know and we repair them to provide a better service. Including planning equipment and material acquisition area preparation and protection set up and clean up CONTACT US TODAY! THANKS  …

The only ICRI Certified company in the state of Arizona! If your home has cracks in floors or walls, or has windows and doors out of alignment, call today for a comprehensive foundation inspection. Phoenix residents please call 6026394815. Tuscon residents please call (520) 812-6989. Additional DBA - Arizona Repair Masons Inc. *Online quotes are unavailable and an initial consultation must take place in order to examine the extent of the foundation problem.* For more information on foundation solutions and blogs from Bob visit: http://www.foundationaz.com/ with a free downloaded Ebook!  …

Specializing in painting! We always guarantee your satisfaction and won’t leave until the job is done right. We take pride in ourselves and on the quality work we provide, while always delivering great customer service! Check out our services offered, then call --or-- click to schedule a free estimate today!  …

Amberstone Hardscaping Design is currently rated 3.7 overall out of 5.

No, Amberstone Hardscaping Design does not offer eco-friendly accreditations.