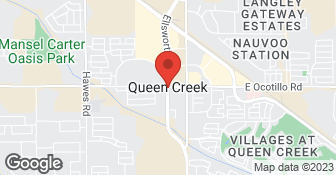 Late in arriving but once underway, appeared to move quickly. We discussed the use of two pieces of film or just one to tint the rear hatch. I did not want a seam so I asked that they use a single sheet. Clint indicated that he did not have single sheets of film that large with him and would have to order it and come back to finish the job. I agreed and expected to hear back from him in a few days. I paid him $95.00 of the $125.00 with a expectation that I will hear back from him shortly. A week goes by, no word. I call and he explains that the film has not yet arrived and that he would call them and give me an update. Another week goes by, no word. I place a call and get his voice mail. I leave several messages over the next week or so asking him to call me so we can make arrangements to finish the job. Almost two months later, I still cannot get him to call me back. When I finally talked to him, he said he can't finish the job. Something about the window being too difficult to tint.

ANGIE'S LIST SUPER SERVICE AWARD WINNER FOR 9 YEARS IN A ROW 2011-19. WE ALSO OFFER FREE CHIP REPAIRS FOR A LIFETIME and FREE WINDSHIELD WIPERS ALSO FOR A LIFETIME. FOR AS LONG AS OUR WINDSHIELD IS IN YOUR VEHICLE!!! NO GIMMICKS, NO GAMES, NO KIDDING!! PLEASE CALL...(602) 888-1888. WE SERVICE THE ENTIRE STATE OF ARIZONA!!!  …

When in need of high-quality residential window tinting in Arizona, turn to Smart Film, the leader in window tinting in the Mesa and East Valley region. Smart Film partners with trusted manufacturers in the industry to offer an expansive selection of high quality and durable residential window films. Our robust product catalog features advanced window tinting solutions for any application, making it easy for our residential customers find the window tint that matches their interior. Whether it’s for comfort, privacy, or protection from potentially harmful UV rays, you can count on us to make sound and reliable product or material recommendations for your unique needs. When you choose Smart Film, you know your AZ residential window tint will be installed by experienced and knowledgeable technicians. We do the job right the first time and take extra measures to make sure your newly tinted windows will stand the test of time, weather, and changing elements.  …

AUTO SHIELD WINDOW TINTING is currently rated 1 overall out of 5.

No, AUTO SHIELD WINDOW TINTING does not offer eco-friendly accreditations.