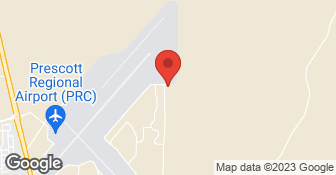 We are called Arizona's On Time Heating and Air Conditioning company. We have offices in Lake Havasu City, Bullhead City, Kingman and Prescott Valley. We only do four things. We do maintenance on furnaces and air conditioners so they don't break, we fix them when they break and replace them when they get old and inefficient. THe fourth thing we do is IAQ, which stands for Indoor Air Quality. IAQ includes things like Duct Cleaning, Air Filtration and Air Purification...

Above The Rim Plumbing & Repair

Above The Rim Plumbing & Repair is a female owned and family operated plumbing company located in Flagstaff. We are full service residential and commercial plumbers. We guarantee your satisfaction, and we won't leave until the job is done right. We pride ourselves on the quality work we provide, while delivering great customer service! Call or click for your FREE estimate today!  …

F&M Services has been committed to providing our customers the highest quality of service with the soundest advice in cleaning dryer vents. Dryer Vents are the #1 cause of household fires in the United States, so take the time to make sure that yours is clean and safe today. Soon we will also offer air duct and chimney cleaning services!  …

At Mr. Rooter® Plumbing every customer’s individual needs are important. Whether it’s a simple sink clog or a damaged sewer line, you can count on a Mr. Rooter plumber to take care of your plumbing needs – day or night – with never an overtime charge. Our professional service, quality products and honest, up-front pricing make Mr. Rooter the best value in plumbing services nationwide. Mr. Rooter is ready for all emergency plumbing issues, from clogged drains and sewage backups to frozen pipes and leaking water heaters. You can count on an expert diagnosis from Mr. Rooter with our camera inspection tools. Then we’ll fix it right the first time, whether it takes HydroScrub® drain cleaning or trenchless pipe repair, with courteous smiles on our faces. There's a reason they call us Mr.® Call your local Mr. Rooter today.  …

Arizona summers are HOT! My Mastercool evaporative cooler took a dump and 3 providers said the were booked for 2 months. I found Pitzer's One Hour Air Conditioning & Heating on Angie's List. They scheduled me for the same day. Juan arrived 2 hours before my scheduled appointment and diagnosed the problem and had it repaired in a couple of hours. He was very courteous and knowledgeable. I live in a rural area where many service providers won't even come; One day service is next to impossible. Do not hesitate to call Pitzers. Thanks Juan

Because their employees are on commission, I was told that my heat exchangers were rusting out and to replace both furnaces. After getting a second opinion it turns out my furnaces are good for another five years. I cancelled my service contract and will hire a local company in the future.

We have them coming out in the next couple of weeks. We had done it on some special that they had given us a coupon, so it was like $89. The service was okay, the guy that came out was okay. Then they tried to up sell us on an annual service agreement, a warranty service agreement. That was bad. The lady over the phone quoted one price, then the tech came and quoted a different price that was higher. When we signed up it was a third price that was even higher. That was ridiculous. Price rating – I think cause we were on a special it would be an “A”, it definitely would not be an “A” if they had to do repairs, but since it was just maintenance I would say an “A”. We are going to be doing the same service on the coupon deal in a couple of weeks, and if they try to sell me the annual service package, we’re not going to bite on that.

Description of Work
It was for maintenance service.

I wasn't satistied with the surprising diagnosis, so I called another company. The technician didn't find anything wrong with the motors, instead he refilled the freon for $161 and the system has been working fine ever since.

Description of Work
checked the system and recommended to replace 3 motors at the tune of $1600. They also suggested to replace the motors of another two apartments AC in the next year, at the bargain price of $4500.

Steve did the tune up. Some repairs were needed, which I had anticipated. Steve M showed me the parts that needed repair/replacement. He not only showed them to me , he showed me what was wrong and the repercussion of fining/replacing or leaving the part in place. He went through the itemized bill with me, showed me the best prices and warranty information. My system works better now that it did 7 years ago when we purchased the house. I asked so many questions regarding my unit, the parts/service needed and the charges. Every single question was answered professionally. It was a surprisingly nice experience.

Description of Work
Steve M, Lake Havasu City was hired to do a tune up and service an older HVAC system

Dear Member, Better is always good! Thank you so much for the great review! Merry Christmas! Larry Thornton President Pitzer's One Hour Heating and Air Conditioning.
1.0

It didn't go well, the AC unit froze up the first night because they didn't charge the freon correctly. They fixed it the next day. This is only one issue we have had with this company. Please be warned this company is no good.

Description of Work
Installed a new part that was under warranty, but charged us $1000 for under 4 hours of work.

Dear Angie's List Members; There are always two sides to a story. Here is the other side: This member originally purchased a low-end unit in April of 2009. As with most low-end units there was only a minimal 1 year parts and labor warranty included with the system. (they could have purchased up to 10 years parts and labor for an additional fee, but for whatever reason, did not) I am not faulting the customer, every decision made is always justified in the mind of the decider at the time, however in hindsight we often realize we maybe should have made a different decision. One other piece of the puzzle is that the unit was never serviced or maintained, even though we recommended annual maintenance in writing and the manufacturer's paperwork also states that the unit needs to be maintained annually. Rather than maintaining the unit we were only called when the unit broke down. The part that failed on this particular call was the most expensive part (the compressor) of an air conditioning unit, hence the high cost of repair. When a part such as a compressor fails there is not just a charge for labor, but also shipping, freon, freon recovery, torch, solder, etc included in the repair price. It is always our recommendation that a consumer get the longest warranty possible on ANY mechanical device. No matter the brand, efficiency, or any other factor, mechanical devices are designed, built and installed by humans and that means they WILL eventually break. We never are happy when a customer, whose warranty has expired experiences a break-down, and obviously, as shown in this review, neither is the customer. So, in closing. our company has been around since 1969. We truly do care about customer service and our reputation, I wish we could make everyone happy, but in cases like this, unless the person had a warranty there was really nothing we could have done differently. I leave you with a famous quote attributed to Benjamin Franklin: "The bitterness of poor quality remain long after the sweetness of low price is forgotten" Sincerely, Larry Thornton President Pitzer's One Hour Air Conditioning
5.0

Will let you know when/if we need the ac

Description of Work
On air conditioner, replaced a part. We did not use our ac last year but would hate to need it and not have it

Dear Member; So glad we could be of service. Your satisfaction means so much to us. Have a great day! Larry Thornton General Manager Pitzer's One Hour Air Conditioning
5.0

The crew arrived on time and spent approx. 2-1/2--3 hrs cleaning the air ducts on this new construction home. Cesar also went into the attic to get the furnace info for the records and later furnace inspection and found a small water leak which he showed me and repaired. A small thing but he caught it. These guys were polite, courteous, careful to keep everything clean and did a good job. The Club membership gets us 2 services and discounts on repairs etc. There was no upselling from the sales guy Keith or todays' crew. Price for the Club and the duct cleaning were close to what we paid in Michigan 5 years ago for similar work.

Dear Angie's List Member, Thank you for the "Page of Happiness" Nomination. Always happy to hear from a Satisfied Customer. I agree with you, Cesar is wonderful. He has been with our team a long time. A perfect Gentleman! Have a great day! Larry Thornton General Manager Pitzer's One Hour Air Conditioning
5.0

All went well. on time and reasonable. will use them again

Description of Work
Came out and fixed my AC, Replaced my capacitor

Thank you for the great review! It appears that this was a weekend call and we take great pride in being available! Again, thanks! Larry Thornton General Manager