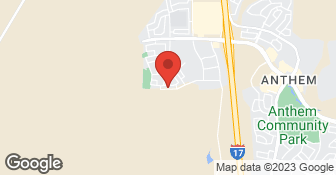 Previously Based in Sedona for 10 Years Servicing Resorts, Businesses & Residential Customers. References Happily Provided Upon Request. All Work is Performed by Qualified Professional With 40 Years of Experience. Payment is Due Upon Completion of Work. Payment Plan Available by Request for Credit Worthy Customers....

I am 73 and was confused about what was going on with my TIVO service. Jeff was hired to install a new TIVO system but turns out it was not compatible with my TV. He took the time to figure out everything and got me set up and running again. I may not be explaining this very well but Jeff was great and I definitely recommend him.

He arrived on time. Clearly a professional, he explained what he would do; did it perfectly; and charged me a fair rate.

Description of Work
Contacted me within an hour of my request on Angie's List. Ascertained the nature of the work. Made an appointment.

Perfect. He picked up my TV, repaired it and reinstalled it in my home. I hired him to fix my TV and when he came back out to reinstall it, I told him my speakers, CD Player and Amp had not worked for a couple of years. We had a professional team install them and have never really worked. After he installed my TV, he took his time to hook up my CD, Amp and speakers correctly. This was much appreciated and we will always call Jeff in the future. I highly recommend him.

Description of Work
Jeff repaired the IR Board on my TV as well as hooked up my CD Player and speakers correctly.

The cost was very reasonable. He's a very good person too. He came here and picked up the TV. He came back to his shop and told us what was wrong with it and what the cost was. He brought it back to us. He warrantied it. I definitely would use him in the future.

Description of Work
They repaired another TV for us.

Jeff was very knowledgeable regarding the "white dot" problem with all DLP TVs. He ordered the correct part, showed up as scheduled, and honored his estimate. I would use A-V Electronics again.

Description of Work
Replaced the DMD Chip for a 50" DLP Samsung TV.

When I got a response from Jeff offering to pick up the receiver, my first thought was that this was going to cost me a LOT of money, because pick-up and delivery indicates pretty high-end service. I hesitated for about a week, checked my receiver with a couple of smaller speakers to be sure it was the receiver that went and not the speakers, and then called Jeff up. He came the same day, picked up the unit, took a $75.00 deposit to be applied to the final repair. Fixed it and had it back to me in a week. It works perfectly. The final bill, including the deposit, was $150.00, which I consider more than reasonable. I was afraid that I would end up having to buy something new -- but Jeff fixed the blown output damage, and replaced the two blown fuses with fuses that were the wrong size. Everything sounds perfect, and just the fact that there was no extra charge to take it away and bring it back WITHIN A WEEK still amazes me. Jeff is a friendly, obviously knowledgeable technician. I won't hesitate to use him in the future. Again -- the price was more than reasonable, the service was fast, and pick up and delivery times were punctual, just as stated. USE THIS BUSINESS!

Description of Work
I had a Harmon-Kardon 3480 receiver that I decided to impress the neighbors with and turned it WAY UP to play the liftoff of Apollo 13 on my speakers. It fizzled and died. I sent a message through Angie's List, and Jeff responded and offered to pick up the unit and take a look. He fixed it and returned it -- details in the review.

He responded to my call immediately and knew exactly how to get everything singing in harmony again. He also saved me a lot of money by showing me how to avoid duplicate systems. If you have a technical issue that is driving you nuts, stop tearing your hair out and call Jeff.

Description of Work
Jeff unscrambled the jumble of disjointed systems I had left over after I removed my cable box. It was like putting Humpty Dumpty back together again and my attempts were unsuccessful.

It went just great. Jeffrey qwas polite, efficient and cleaned up as he worked.

Description of Work
Hung my 50 inch television on the wall, concealing all the wires behind the wall, also solved my problem with Netflix sound by running a cable 5to the proper place on the audio receiver.

Jeff was very nice and professional. I debated on getting a new TV instead of a repair but it is not in the budget right now He repaired my on off switch right there at home which was great. I would use him again

It went great. For $350, we are going to be able to use our set for another five years. Who knows by then what other technology will be available. Jeff is very reasonable. He ordered the part and was reasonable on his labor. The television picture looks just like new. This is our second time using A-V Electronics and we would highly recommend them to anyone. Don't run out and buy a new television before calling Jeff to see how inexpensively he can fix the old one.

Description of Work
Jeff replaced a pixel chip on our 80" big screen television.

All In One Furniture Assembly

Family owned and operated we understand and value the trust our customers have shown us over the years to let us into their homes and offices to work on their projects. With over 15 years of experience, Elite Automation has worked with customers from across Arizona to fill their home and business automation needs. From mounting TV’s to fully customized automation integration solutions, Elite Automation was founded on the belief that every home in America deserves to be a smart home. Automation is making homes more energy efficient, easier to maintain and manage, and most importantly, more fun to live in and play in. With expert design, quality installation, and excellent customer service, we pride ourselves on giving our customers an experience like no other. Bring the future home today! Call, text, or email for more information. We look forward to working with you.  …

SG Installations AZ is a family orientated husband and wife owned company that was started in 2015 by our founders Steven Golod and Liz Golod. since then we have grown from a two men team to over 6 employees that work diligently to satisfy all of your audio / video and security camera needs, we offer same day service through out Arizona 7 days a week. All of our installers carry all tools and accessories needed to complete your installation. Our work is guaranteed and proven by our famous weight test where an installer hangs from the mount to assure you how secure your installation is and we back that up with our lifetime warranty that your TV will never fall off. We pride ourselves in every single TV, Home Theater, and Security camera installation. The job is not finished until our customers are completely satisfied. When you hire SG Installations you will receive the up-most professional and courteous service at a reasonable and affordable price. We specialize in flat screen and TV home theater installations. With knowledge of home construction and different kind of wall structures, we successfully mount any size TV to any kind of wall using our very own techniques to secure TV brackets to hold 3 times the weight of your TV.  …

Repair of Cracked or Broken LCD Screens. (not cost effective to repair)

A-V Electronic Service is currently rated 4.9 overall out of 5.

No, A-V Electronic Service does not offer free project estimates.

No, A-V Electronic Service does not offer a senior discount.

No, A-V Electronic Service does not offer warranties.

Are there any services A-V Electronic Service does not offer?

Repair of Cracked or Broken LCD Screens. (not cost effective to repair)