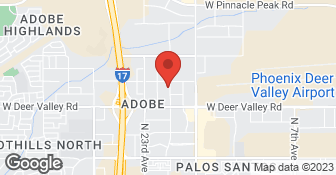 Highly recommend. Install was done to very high standards. My back patio looks like a resort. Very very happy.

Responsive, honorable, kept us up-to-date, direct when there was a challenge, handled and took responsibility for the challenges noting that our satisfaction was the Number One Priority...AND 360 MASONRY & PAVERS MADE IT HAPPEN.

|I will NEVER work with the owner again. Both of our RV gates were broken during this process (he denied it was his subcontractors), there are caps on the wall that were not mortared, he charged us for an extra row of block that were his miscalculations and which he knew from the start were needed for the front wall to be higher. When we disagreed with him, he threatened to pull his crew off our job until we paid for the extra block since it was not "his problem" (his words). He was constantly telling us he had underbid our job and he had to "hurry up and just get out of here". He was extremely adversarial and argumentative during the entire process (I have him on video arguing with my husband) even going so far as telling my neighbor regarding oil from the road on his tires "that's not my problem, it's his f*#%ing problem", referring to my husband. My husband spoke to him about all of the above on the day he came to collect the remaining balance and all he said was "oh well, you win some, you lose some". |NEVER AGAIN!!

Fantastic! They did a great job. They did such a great job on my block wall our neighbor used them to continue on to their property. On time and dependable! Will help with ideas. Just a very nice man! Call me so I can tell you more 480-201-7925

Description of Work
They built my block wall around the property more than 300 ft and then I had them return to build a 120 ft retaining wall. My neigbor used them to continue around his property.

I called 360 Masonry & Concrete today to get an estimate scheduled. A man answered "Hello". Surprised that no business name was mentioned during the answer, I asked "who am I speaking with"? He said "who are you calling? I said "I'm calling a business". He said "this is a business". I then asked "what business are you"? He said "what business are you calling"? How unprofessional. I said thank you for your time and hung up. When I got home, I verified I called the correct number that shows on AngiesList. Beware. If this is how they treat the first time caller, how will they treat their customer during the job?

Description of Work
I called to get an estimate scheduled

Castle black masonry is a family of experienced masons. We are a owner operator company, with 45+ years of knowledge in the trade. We provided many different types of work. for example: .All types of block laying .Concrete footings .Concrete pads . Stone/Brick veneer .Radius/Retaining walls. . Anything with concrete or masonry We take pride in our work and stay true to our word. our experience speaks for its self. we hope we are able to help in your next project.  …

Doing our part to conserve water. Maintenance free. Green All Year Artificial Grass, Gravel and Paver installation. We are licensed, bonded, and insured for peace of mind and HOA's. ROC336235. 1 year service/installation warranty.  …

Bonded
Insured
All statements concerning insurance, licenses, and bonds are informational only, and are self-reported. Since insurance, licenses and bonds can expire and can be cancelled, homeowners should always check such information for themselves.To find more licensing information for your state, visit our Find Licensing Requirements page.
General Information
Free Estimates
No
Eco-Friendly Accreditations
No
Payment Options
American Express, Check, Discover, MasterCard, Visa, PayPal
Warranties
Yes

How is 360 Masonry & Concrete overall rated?

What days are 360 Masonry & Concrete open?

No, 360 Masonry & Concrete does not offer free project estimates.

No, 360 Masonry & Concrete does not offer eco-friendly accreditations.

Are warranties offered by 360 Masonry & Concrete?

What services does 360 Masonry & Concrete offer?

Are there any services 360 Masonry & Concrete does not offer?