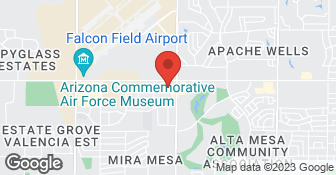 Sunburst Shutters & Window Fashions has been manufacturing and installing custom shutters for over 35 years. Our experience and size of our organization separate us from others in the industry. All of our window shutters are custom made to fit your specific window. Call us today for a free in home consultation

Sunburst was one of three quotes we obtained and they were clearly superior in overall ability to match our current shutters and in price. The work was done on time and with no issue. Installers were professional and courteous.

Description of Work
We had shutters added to our MBR and home office. They are perfect matches to other shutters that were in the house when we purchased.

Great company. Window were measured for shutters. They will take approximately 4-6 weeks to be delivered and installed.

We purchased standard rectangular window shutters and also custom arched interior shutters. The rectangular shutters turned out well and went in with ease. The arched interior shutters also looked nicely constructed and as ordered, but the arched shutters installation was finished out poorly in our opinion. The trim pieces around the arch frames were hastily installed and poorly fit, and weren't even installed fully around the frames. The installer obviously did not have the same perception of quality that we did, and if he would have spent an additional 20-30 minutes doing a better job I wouldn't be writing this review. We received a 20% discount of list, even so Sunburst was still the highest of the 3 quotes we received for our project, but we selected them because they appeared to have a quality product and we liked the idea of supporting a local company that is also the factory. Delivery was within the quoted time frame, although install took 2 visits to complete due to lack of materials. We have another $7600 in shutters quoted by Sunburst, but may consider purchasing those from another company.

Description of Work
We had about, 15 years ago, had them install shutters throughout the house. They were the poly shutters. We have had not a single problem in all these years. After I called back after all these years they said no problem, lifetime guarantee, and they were not going to charge me for any parts. Blew us away. Representative (George) handles all of the scheduled installations and issues and as usual picked up the phone on the first ring at their office. They are really a super and stand by your product company.

Description of Work
Great service today fixing our shutter that another company put up. Use George for all your shutter needs he is awesome.

The installer was a little early, which was find. Hw was very pleasant and did a very nice job. The contour of the window arch was uneven and light was showing through, but he caulked it to look great.

Everyone I have dealt with have been very responsive and totally professional. Product fits and looks great. Installation took not quite an hour. Thank you.

Ryan & Blair were both very professional installers. They were on time and made sure to clean up after themselves. Greg Arnett (owner) personally quoted the job. He was quick, fair and reasonable in price and turn around for installation. Top notch company!

The estimate was very professional and displayed a great product. Two men came to install. One carried in and filled nail holes. The other did the actual installation. Great workmanship!

Description of Work
Installation of plantation shutters in 9 windows.

Ryan was right on time, polite and did a great job. The shutters were installed quickly. I love the look.

Description of Work
New plantation shutters in the bedrooms.

Sunburst's installers showed up promptly as scheduled and had the entire job finished in 2 1/2 hours. Very friendly, knowledgeable and did an excellent job. Entire process from sale to install was wonderful.

Description of Work
Installed shutters on my entire home.

Excellent, professional service, courteous from first phone call to company through the installation process. Have used this company for other windows and doors. Excellent service and product!!

Description of Work
Measurement and installation of shutters.

Called Sunburst spoke to George who was helpful and charming. Rob came to measure, he was professional and knowledgeable. Shutters installed quickly. Installer answered all questions did excellent job.

After receiving several bids for window coverings, we decided to go with Sunburst Shutters to replace our old blinds with new ones throughout our home as well as installing plantation shutters on our main front window. We awarded them the bid because they provided us with a very competitive price and for their pre-sale customer service. Rob, our salesman was outstanding and was very enjoyable to work with. George, the owner of Sunburst Shutters is a true gentleman and kept us continually updated via email concerning the status of our order which was very much appreciated. He knows the true meaning of customer service! Ryan and Rudy were assigned to install our window coverings. They were friendly and professional during the installation process and also cleaned up after the work had been completed. We had an issue with the blind in our master bedroom which resulted in some extensive followup. George and Rob at Sunburst were truly concerned about making it right and their follow through was very commendable. Their commitment to their customers is outstanding and we're fully satisfied. From beginning of the process to the final installation, our family is very happy with the truly outstanding customer service and superior product that we received from Sunburst Shutters. Thank you very much and well done George, Rob, Ryan and Rudy!!

Description of Work
Replaced all the old blinds in our home with new ones and also installed plantation shutters on our main front window.

He was professional but his prices were very high. He did have a nice product

Sunburst Shutters came out and provided us with a quote on their own line of Polywood plantation shutters. The sales rep. was knowledgeable, professional, and personable. He answered all of my questions and even responded quickly - hours later - when my husband had some follow-up questions. Sunburst was not the lowest quote that we received, but the company, their length of time in business, quality, and overall professionalism lead us to select them to install our shutters. They covered every window in our home, but one. On installation day they were on-time and friendly. They stand behind their lifetime warranty and have been in business for decades. I can see why. The finished product is beautiful and we couldn't be happier. I would quickly recommend them to anyone that wants a quality shutter and a quality company to work with.

Description of Work
Installed 20 Polywood Plantation Shutters - covering almost all of the windows in our home.

THEY DID A GOOD JOB AND WERE ON TIME.

Description of Work
THEY PUT SHUTTERS IN A RENTAL HOME.

Description of Work
WE HIRED SUNBURST TO COME OUT AND MEASURE ALL WINDOWS THROUGHOUT THE HOUSE, AND THEN SAT WITH ME AS WE DECIDED ON A STYLE OF SHUTTERS THAT WOULD WORK OUT BEST FOR THE SHAPES OF OUR WINDOWS. THEY TOOK DIMENSIONS ON ALL WINDOWS AND CUSTOM MADE THE SHUTTER TO OUR SPECIFICATIONS.

Construction contractor, Remodeling. As a locally owned and operated business we feel invested in our clients and constantly strive for customer satisfaction. Call or message us to schedule an estimate today!  …

Blinds Mart offers professional window covering services to clients throughout the Phoenix, Arizona area. Our quality products include shutters, shades and blinds from the top names in the business. We bring the store to you, complete with samples so you can see how the products and colors will look in your home. While we’re there we will also measure your window openings to ensure a perfect fit. Our team, led by owners Gregg and Cheryl Sitko have been serving the Valley since 1992. Products we offer include: • Custom shutters • Wood and faux wood blinds • Roman shades and woven woods • Vertical and mini blinds • Honeycomb shades Our affordable window coverings offer many applications to enhance the beauty of almost any room in your home. Blinds Mart is a member of the Arizona Registrar of Contractors and the Better Business Bureau. Please call today for a free in-home estimate!  …

Sunburst Shutters & Window Fashions is currently rated 4.9 overall out of 5.

No, Sunburst Shutters & Window Fashions does not offer a senior discount.