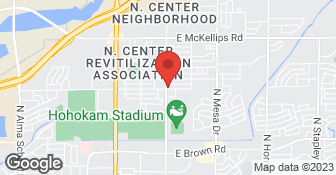 We specialize in Junk Removal and estate clean outs, we also do General Hauling, Craigslist Deliveries and Local moves...

They answered my call on a Friday late afternoon and was able to schedule me earlier than usual. The crew was efficient and thorough, and proved to be a real resource in the trades, procuring a plumber same day to help with an emergency. Very forthcoming about the entire process and was most flexible their ability to adjust when a treasure trove of more to haul was discovered. They cleared the Junk of our house quickly and at a fair price. Thank you

I found Mike online. He answered his phone immediately, and was very friendly. He asked me details of my junk pile, and asked me to text him photos of it so he could give me an accurate estimate. After I texted him the photos, he guessed he would do the job for about $175, but said he couldn't be sure of the cost until he saw it in person, which seemed reasonable to me. That call to Mike was at about 5pm one evening, and he was able to come to do the job the next day before 1pm. He told me he'd call or text me (whichever I preferred) a bit before he came, so that I wouldn't have to sit around waiting, not knowing when he'd arrive. He explained everything very clearly on the phone, and obviously wanted me to be comfortable with how he did the job. When I asked if he'd take a check or preferred cash, he said cash was best but that he wanted this to be easy for me, the customer, so he'd be happy to be paid in the manner that was best for me. The next morning he texted me that he was on his way. A short time later, he texted again, then called, to talk to me to let me know his truck battery had died but that he was fixing it immediately and would be there shortly. He did arrive shortly. He brought another worker with him, and after looking at our pile told me that the job would be $200. I thought that was very fair--especially considering that all other companies I'd called were considerably higher. Considerably higher! Mike and partner handled the job in an exceptionally professional and friendly manner, and were very thorough. They picked up every bit of debris, no matter how large or small or full of nails sticking out (!), and were very pleasant to deal with. What a great experience this was! I would (and will!) use him again in a heartbeat! Highly recommend!

Description of Work
Hauled away a 10'x8'x4' pile of bulk trash, boxes of books, and construction debris

Mike was great, very friendly, knowledgeable and professional. I called to schedule service and he was able to come the same day. I texted photos and he gave me an estimate over the phone. They cleared out two side yards and left the place looking clean. I am very happy and will recommend them!

Description of Work
Hauled away piles of junk in the yard that had accumulated over 7 years.

Description of Work
Move bunch of stuff out of rental house (hoarders).

It was great working with this company. Mike was super friendly and they were able to come the day that I called. I highly recommend this company to anyone who needs basic hauling and garbage removal. Also, after calling around, I found that they were the most reasonably priced.

Description of Work
Hauled away 3 sofas, an area rug and some other small items.

This went very well. I was In the position where I needed to clean out an estate, which was something these guys made seem routine. Basically I had 40 years worth of accumulated stuff and wow, it was overwhelming. We got the stuff somewhat sorted before the junk removal crew showed up. I feel good about using these guys as they were honest and respectful of the stuff. We got most of it donated. A++ would recommend Share on Band of Neighbors:

Description of Work
Removed a garage full of junk, as well as some yard rubbish. They also helped with some heavy items That we were not going to junk (Washer, Drier, Fridge)

This went very well. I was In the position where I needed to clean out an estate, which was something these guys made seem routine. Basically I had 40 years worth of accumulated stuff and wow, it was overwhelming. We got the stuff somewhat sorted before the junk removal crew showed up. I feel good about using these guys as they were honest and respectful of the stuff. We got most of it donated. A++ would recommend

Description of Work
Removed a garage full of junk, as well as some yard rubbish. They also helped with some heavy items That we were not going to junk (Washer, Drier, Fridge)

We haul unwanted junk or items. Whether it be cardboard, tile, bags of debris, construction material from a remodel, and more.  …

JUNK REMOVAL & HAULING service, by RODRIGUEZ ENTERPRISE, LLC, is locally owned and operated. We are your trusted business for a wide variety of junk and item pick ups, clean outs, clean-ups, hauling and more! Our offers include: free estimates, competitive pricing, professional customer service, curbside pick-up, and extended hours of service. We serve the Phoenix metro area for your residential and commercial needs. At Rodriguez Enterprise, LLC Junk Removal & Hauling, it is our priority to donate to needy families the best we can. Our community is important to us, so we also recycle and provide environmentally safe disposal of your unwanted items. We provide our commitment to excellence and work with you to individualize service to best fit your needs. We get the job done right and offer you protection along the way. We are insured and bonded. Thank you for your interest. We look forward to serving you. CALL US! 480-242-8986  …

Arizona Metro Hauling is currently rated 5 overall out of 5.

No, Arizona Metro Hauling does not offer warranties.

Are there any services Arizona Metro Hauling does not offer?