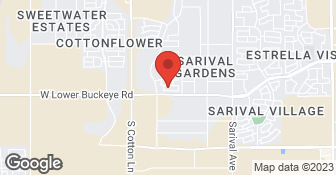 this is the new generation in contracting. the next step in taking care of the environmental problems starts today.ACCURE is leading the race to help our planet recover,by using organic and recycle materials from our supplier's to you.together we can make a difference. ...

When I hired him, they gave me a price of $5,000 to do my bathroom. We had a 15% senior discount, but I had to fight to get it even though he posted they were offering it. I told him what I wanted, which was two showers and they gave me a price. When we were signing the contract, they said it was going to cost extra because of some additional fixtures. Then he wanted to charge me extra to install the plumbing for the extra head. It was supposed to be done on a Wednesday, I gave them some extra days to get started to be fair. They said they were supposed to show up at 6:30 in the morning, but wouldn’t show up until mid afternoon. The shower wall joints don’t line up, the walls will likely have to be brought down and rebuilt. The garbage all went down the drains too. I threw him off of the job. It was a fair price, but I just couldn’t let him continue. We have tracks going across our new wood floors from the wheel barrel and his footprints. There are wheel barrels left inside the house with shovels in them, just inconsiderate. The owner told me he asked about the quality and he said that it was marginal or mediocre. To me, when you tell me that, that’s bad. He would come in, work an hour or so and then leave. The trouble is, I was in construction for 38 years so I know about it. The owner told me the contractor’s problem is that he thinks he knows more than he does. The owner is trying to help him do the work and learn, the kid is nice but he lies like a rug. We also have to repaint the walls and ceiling where he ruined it because of grout. We have painters, movers, and furniture delayed because of them, but I still had them come in and work around his mess.

Description of Work
They were here to install two new showers, etc for us.

With over 25 years of experience, I specialize in all things Drywall, Plastering, Interior Painting, and Handyman Services. Customer service is KEY, and with me, satisfaction is guaranteed  …

Turn It On Electric

WE ARE AN ESSENTIAL SERVICE AND ARE CURRENTLY OPEN! Turn It On Electric is one of the top electricians in the Phoenix area. Regardless of how big or small your electrical needs are, we have professional and licensed electricians ready to respond to your home and business electrical needs. Whether commercial, residential, or industrial our highly skilled electricians will take the time to determine your needs. We are insured, bonded, and licensed Phoenix electricians to give you peace of mind. Our number one priority is the customer and our list of clients is as diverse as the various needs we are requested to address. We believe that if it isn't done right, it isn't done and remind customers that every time a light turns on, thank an electrician, and when it doesn't, to call us. Prompt emergency electrical service is available 24 hours a day for Phoenix and surrounding cities.  …

Bleuwave HVAC is Veteran Owned and Operated. We have earned a reputation for being trustworthy and providing a Best-In-Class Service among residential and commercial customers around the greater Phoenix region.  …

Accure contracting has a b-2 license small commercial and residential we pride in custom remodels and new builds from foundation to final inspection,Accure can do it all, over ten years servicing the valley and now a contractor we are ready to get the job done, the right way, the first time.

we do not remove lead or any other contaminates

How is Accure Contracting overall rated?

Accure Contracting is currently rated 1 overall out of 5.

What days are Accure Contracting open?

No, Accure Contracting does not offer eco-friendly accreditations.

No, Accure Contracting does not offer a senior discount.

Are warranties offered by Accure Contracting?

What services does Accure Contracting offer?

Accure Contracting offers the following services: Accure contracting has a b-2 license small commercial and residential we pride in custom remodels and new builds from foundation to final inspection,Accure can do it all, over ten years servicing the valley and now a contractor we are ready to get the job done, the right way, the first time.

Are there any services Accure Contracting does not offer?

we do not remove lead or any other contaminates