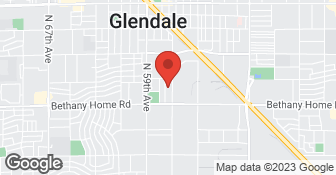 Beautifully done job. Workers were polite and very efficient, and the job was finished earlier than projected. I have had AZ Roof Rescue put new roofs on two homes, and have no problem recommending them to my friends for roof repairs.

Went great reasonable price and they were fast and went above and beyond.

It was great. They did everything they said they would do. The guys cleaned up at the end of each day as if they were never there. I couldn't be happier with the work they did. The roof looks better than it was before. I'm confident it will last 30 plus years. Alan was always a pleasure to speak to and explained in detail every step they took. I would and have recommended them as they done a fabulous job. Alan, thank your guys for being clean and respectful on my property. Bryan

Alan was on time for the estimate and immediately indicated I needed to have the entire roof redone. This was in contrast to other estimates that recommended only minor repairs. I provided my email address for the written estimate. It's been over a week and I have not received the estimate nor received any other type of follow up. I have already had the roof repaired by someone else.

They were spectacular to work with. Super happy. Would highly recommend.

Description of Work
New roof, expertly done. They worked with our insurance company to make everything easy on us. Super responsive. Their price was $4000 cheaper than a competitor's bid.

I had a leak in my roof after the original underlayment had failed after only 8 years after the house was built. I contacted Alan and 5 other roofing contractors. Alan was the most professional and didn't try upselling me, or nickel and diming me to death by charging for any wood that needed replacing, painting new vent caps, etc. He also took the time to look under the tiles during the initial inspection and tell me exactly what had failed. The original roofer had also shorted the number of tiles that they put on the roof. According to the calculations there should have been 2 more rows the length of my house, but the original contractor shorted the number of tiles to cut costs and improve their profit. The original underlayment was also very thin. Alan and his crew installed a double layer of thicker underlayment and the 2 extra rows of tiles when they roofed my entire house. Alan and his crew were on top of my house all day long in the hot July Arizona heat and finished the entire house in 5 days. They did a great job of cleaning up the debris on a daily basis and went around the perimeter of my house with a huge magnet after the job was complete to pick up all of the roofing nails. It has been 2 years and several monsoons since they replaced my roof. I have had zero leaks and have peace of mind knowing that the job was done right. I would highly recommend Alan and the crew at Arizona Roof Rescue to complete any roofing repair or replacement.

Description of Work
Roof leaks due to failed underlayment from original builder. Home was only 8 years old.

I called Arizona Roof Rescue to get an estimate to repair a leaky roof. They came out and after a thorough check told me that I needed a dedicated (to skylights) company to do the work. I appreciated the time and effort they took to explain everything to me even though they weren't able to complete the job.

Description of Work
Skylight on a flat roof was leaking

They did a great job. The pricing was good too. The quality was good. They did everything that was expected. They were very professional. Cleaned up the area afterwards, and actually it was just a great job. So I am happy. I would use them in the future.

Description of Work
They put a new roof on our place.

We are a Phoenix based boutique roofing business specializing in Asphalt shingle and concrete tile roof replacement & installation, We have been in the industry since 1998 & our team has over 50 years combined trade experience to best serve you. We look forward to earning your business.  …

I am a "hands on" contractor with 30 years of professional experience. I am licensed, bonded, and insured. I maintain personal interactions and communications with my clients, and I take pride in having a flawless report with the ROC (Register of Contractors) and my customers. I will provide several current and past referrals. Your home's protection from Arizona's extreme elements and your satisfaction is my utmost priority. Our Professional workmanship and use of proper materials will protect you and your investment. Our adherance to rigid building codes, experience, and state-of-the-art techniques enables us to provide exceptional warranties on our services.  …

No foam roofs, metal roofs, and build up.

Arizona Roof Rescue is currently rated 4.9 overall out of 5.

No, Arizona Roof Rescue does not offer eco-friendly accreditations.

Are there any services Arizona Roof Rescue does not offer?

No foam roofs, metal roofs, and build up.