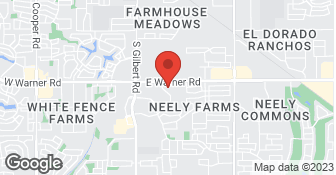 Pennington Locksmith Company is a Family Owned Locksmith Company in Gilbert Arizona. We Strive to give the customer the best service at a fair price. We value each and every customer we do work for, and our goal is that you are 100 % satisfied, and would want to hire us again for any future Locksmith needs. Come visit us at our lockshop, for keys made, locks rekeyed, save a service call.Thank You Clinton Pennington...

They were very friendly and knowledgeable. Although they had not done my specific type of key before he quickly researched and correctly programmed the key. They also re-keyed my locks in just a few minutes while I waited. Was very helpful when I called suggesting I bring in the locks from my house I needed to be re-keyed to save a service call charge and to get it done faster. It worked out perfectly and saved me money. Thanks!

These keys are difficult because of the electronic chip, but Pennington knew exactly what was needed and carefully explained every possible outcome. The keys they made for us are perfect.

Description of Work
Ignition key replacement for a Scion automobile

They were able to come out the same afternoon that I called. Arrived on time. Cleaned up after themselves. Very polite and professional. A bit on the expensive side.

Description of Work
Deadbolt and lock put on a door.

Mike did an awesome job. He got me in asap. Everything went well even though it was more complex than he estimated. He was pleasant, competent, and got my second remote working! Well done.

Went great ! good company will use them again

Description of Work
Changed the locks

Pennington Locksmith (Mike) was able to use the twisted, worn remains of the key to make another one - which worked perfectly. I immediately returned after verifying that it had worked, and had a spare made - plus another spare for my other car, which was also lacking an extra key. Since my car is 37 years old and somewhat rare, I was concerned I would get "gouged". Did not happen. Pennington had the correct blank in stock, and made it for the standard cost of a key - which was less than the cost of buying a BLANK online, I might add. Total of three keys made, for about $12, and they all work perfectly. Mike and his wife were very friendly and we talked for about ten minutes. I'll go there over a chain store for keys from now on. These are the businesses we want (and need) in our community.

Description of Work
I had a key which had broken off in a lock - and no spare. Pennington Locksmith fixed the problem.

They were great. The owner and his assistant were very nice. They were very effective and efficient. I would recommend them to anyone. It was a top notch service.

Description of Work
I lost my car keys and they came to my house and made me 2 keys for my car.

Quick response and courteous service with knowledge of its trade.

Description of Work
Help me obtain a lost key and safe combination.

Car needs a special transponder key in order to start car. He had in stock and programmed it at his business site with no problems.

Description of Work
I used Pennington Locksmith Company to supply a replacement key for my 2006 Chrysler PT Cruiser.

Extremely professional and pleasant to work with. Would highly recommend

Angie's List Discount: 10% off of total invoice. Must mention discount when calling. Not valid with any other offers. Valid anytime.  …

Insured
All statements concerning insurance, licenses, and bonds are informational only, and are self-reported. Since insurance, licenses and bonds can expire and can be cancelled, homeowners should always check such information for themselves.To find more licensing information for your state, visit our Find Licensing Requirements page.
General Information
Free Estimates
No
Eco-Friendly Accreditations
No
Payment Options
MasterCard, American Express, Discover, Visa
Senior Discount
No
Warranties
Yes

Pennington Locksmith Company is currently rated 5 overall out of 5.

No, Pennington Locksmith Company does not offer free project estimates.

No, Pennington Locksmith Company does not offer eco-friendly accreditations.

No, Pennington Locksmith Company does not offer a senior discount.

Are there any services Pennington Locksmith Company does not offer?