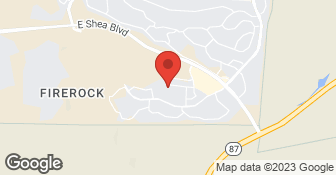 Performance Paving and Sealing is a licensed, bonded and fully insured asphalt service company specializing in new parking lot construction as well as repair and maintenance of existing lots. We are a member of BOMA as well as the AMA and have an A+ rating with the Better Business Bureau. Our employees are among the most seasoned professionals in the industry. Performance is a family owned and managed company with 22 employees and over 25 years of experience....

Excellent work, made sure I was happy with their work. Highly recommended.

Our condo complex with 27 units needed to have a complete re-do of our driveway through the property. The first one-third of the driveway had potholes and was in pretty bad condition. Some parking spaces also had holes that needed to be patched. That part of the complex receives the most vehicle traffic, so that's why the condition was worse than the remainder. The other two-thirds of the u-shaped driveway was not in bad condition, but just needed a little patching here and there, and then a black sealant was put on top. We got quotes from 5 different companies. 3 of them were just too expensive, so we focused on the 2 lowest bids. We decided to go with Performance because they gave us a really well-detailed quote and they just seemed more professional. I also couldn't find any complaints about them on the BBB or the AZ Registrar of Contractors. I gave them an A for pricing because their price was almost the best of the quotes we received. They came in and had to dig up a lot of the first portion of the driveway because the asphalt had gotten so bad. They laid the new asphalt on day one. On day 2 they started putting down the sealant on the rest of the property. Everything went pretty smoothly. The only thing I would mention is that they ran into some unforseen problem and had to work longer than expected on day 2. To keep the cost the same, they brought in another crew that had finished early on another job and they joined the crew that was already there. They worked until sunset doing the sealant. So the only problem was that some residents returned home expecting to be able to park and there were still trucks in the way. This couldn't be helped.... I only mention it so that when you have a job like this done, be sure to ask what might happen if unforseen things come up, and then notify all residents that they should be prepared to park off the property as an alternative. To sum up, everybody loves the new pavement, and we are happy we went with Performance. If you are looking to have asphalt put down, I would be sure to get a quote from them.

With over 25 years of experience, Ramos Concrete is ready to take on any upcoming Concrete Project you have. Our skill and experience in concrete, can provide you with any concrete service you desire. We are a full service concrete company servicing all aspects of residential and commercial. Please give us a call or click for an estimate today!  …

We offer our customers the whole range of masonry work like house-fronts, fireplaces, flower planters, chimneys, chimney repair and re-pointing, firepits, blocks, brick repair, general masonry repair. Whatever job you want to get done, let us know. Please ask us for a free quote, and we will work to make your dreams come true.  …

Performance Paving & Sealing is currently rated 4.6 overall out of 5.

No, Performance Paving & Sealing does not offer a senior discount.

No, Performance Paving & Sealing does not offer warranties.