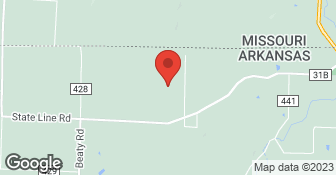 They got right out and checked my dishwasher and determined there were parts needed. I was concerned as they were vague about when those parts would be ready to be installed. However, they were back in a week, installed the parts and the dishwasher is working great now.

Description of Work
I had an issue with my dishwasher and my Home Warranty company assigned the job to A & L Appliance.

Description of Work
This is the company my range warranty provider assigned. I would have rather had someone local, as they only came when convenient for their technicians. My glass in my range broke and they replaced it but there are glass pieces on the inside of the sandwiched 2 glass doors and fingerprints. Also, when I turned on the convection, there was still shattered glass in the fan and we had to remove this ourselves.

Called in problems to be 2-10 home buyer's warranty. Liz contacted me within 24 hours and had tech come to home. Tech diagnosed the problem, informed 2-10 - new circuit board and seal were ordered, After they arrived the tech installed replacement parts. Had to slam door once seal was replaced (but that is not technician's fault) and machine didn't always spin. Wasn't pleased with having to pay extra deductible when he returned and said there was nothing wrong. However, they combined the original visit for washer and stove as one deductible with warranty company. Should have talked to both warranty company and A & L about charge, but did not. Used someone else when had same error code and that was a huge fiasco.

My cooktop stopped working after soup was spilled. I called my Home Warranty company and they sent A&L. It was incredibly difficult to get an appointment - as they schedule appointments late in the afternoon for the next day. I also work 8 to 5 so its hard to get 2 hours off the next day. When they came out the first time (Color me embarrassed) he discovered that when the soup spilled it tripped the breaker. He turned the breaker back on and the stove worked. But since he was there, and i had to pay $100 he said he'd clean what he could of the spilled and dried soup. To do that he disconnected all the wires. RED FLAG. he said everything was fine completed the work order and left. When i cooked that evening the indicator lights did not come on. I called and had the same difficulty scheduling an appointment. We could not arrange a time in the next 3 calls, so they closed my order with the Home warranty company. i re opened the order, a different service tech came out and said i needed a part. Then i get a all from HMS saying they were not going to cover the repair because spills on a store are not normal wear and tear. What?! After ME calling A&L back 3 times (they did not return any messages that i left) they said if they came back out it would be a new call; parts and labor and the $59.95 service call fee would be charged. Needless to say I will NOT allow them anywhere near my appliances and will call a service provider with an A rating on Angie's List. I will not be renewing with HSM Warranty company next year either.

Description of Work
They attempted to fix my cooktop stove.

Description of Work
They came out to service my garbage disposal since they are subcontracted by my home warranty company. I was not pleased by the fact that they did not have a replacement unit on their service vehicle. They said they had it on their regular truck but that it was being serviced and they would have to come back at a later date to complete the job. They also are less than professional in both appearance and demeanor.

This provider was contacted by my home warranty company to come out and fix a dishwasher that was not cleaning properly. The technician was rude, late (he had a 8-10am window and missed that), and managed to actually break the latch on my dishwasher when he was looking at it. So instead of just having a dishwasher that didn't work well, I got one that didn't work AT ALL. This was on a Thursday. He didn't apologize for breaking it, just rushed out to another job and said that maybe they would get the part he had broken in by the next day. I called first thing on Friday and the office person said that he wouldn't get the part until late that afternoon. When I asked if they were going to come out on Saturday to fix my dishwasher that they had broken, he said they didn't work on Saturdays. I suggested that since they were the ones that broke it, they should go above and beyond to fix my dishwasher before I spent an entire weekend without one. The technician managed to come that Friday and fix the latch. Again, no apologizes for my inconvenience, just rushing in and out. In the end, my dishwasher still does not clean properly. I will now be contacting another company to come look at it and sending a complaint letter to my home warranty company. I was charged $60 for the visit (because that is what my contract with the home warranty company says), but I know it was more than that, especially since the broken latch had to be fixed as well. Horrible experience will never use them again nor recommend them anyone.

Description of Work
Dishwasher was not cleaning properly. He came to replace a spray blade.

Called on Tuesday for the service call. Does not come to Bella Vista in the afternoons! Like most people, I work. Agreed to a Friday appointment. I was getting off work earlier. I explained in detail what the problem was and even told them I had pictures. I was told to let my freezer frost over as they needed it that was to do their testing. Got the confirmation call on Thursday night for the 2 hour window they would be here. Was asked if I could be home any earlier then 10 am and when I said no, I was asked if I had a problem leaving a key under the mat. I was called back with a 10am-12pm window for the service call. After 12pm I got a call from the service man that he was going to be late. At 12:50 he came over and opened my freezer and told me I would have to defrost it now. That is all he did and wanted to charge for the service call. He did not come prepared with parts, did no testing of any kind. Wanted to come back within a week w/parts. I said NO.Bottom line: inconvenient appointment, late for appointment, wanted to charge for no work performed! Wasted my time!

Description of Work
needed an authorized Amana servicer for fix my refrigerator that was under warranty.

The first time they came out, pushed a couple of buttons and didn’t charge me for it which we thought was really sweet. They are very fair and didn’t try to ring me out to dry. The service guy himself was great because the first time he came he didn’t charge me for it. When he came back the second time he informed me that he might have to do some work so we would have to make this official this time. Our overall experience with them has been good.

Description of Work
We used A & L Appliance for repairing our washing machine.

I specialize in moving and delivery of building material such as dirt gravel sand topsoil. I also have a secondary aspect of moving which is residential and commercial relocation. Furniture, and other household or office equipment. I have dump trucks and moving van. I also offer handyman services and appliance installation. Minor plumbing also such as toilet resetting and other minor plumbing issues.  …

Mad Dawg Moving is a family-owned small business, Operated by Father and Son Burt and Scott Shirley. Originally based in Harrison AR, now expanding to the Springfield MO and surrounding areas. Offering moving services, such as: deliveries, house moves, rearranging furniture and furniture assembly. Contact us for any of your moving needs. We are here to help!  …

How is A & L Appliance overall rated?

No, A & L Appliance does not offer eco-friendly accreditations.

What services does A & L Appliance offer?

Are there any services A & L Appliance does not offer?