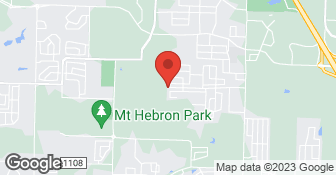 This is long, but will be worth while if you are thinking of using this company. When someone is in the business of selling/installing items that could save lives, people are literally putting the trust in that person to keep their family safe. In my situation, I debated for awhile before I decided to move forward with this purchase due to the cost and having been laid off from Walmart. However, I...

We welcome the opportunity to make this right. Feel free to contact us for complete resolution if you are interested in that at 479-366-2502.
3.0

The Shelter is great, the deliverer and installer was the best I've ever seen.|On the other hand, the Project Manager (Frank), should be fired on the spot... The worse PM, I've had the disservice to deal with. I amended the initial installation site to immediately inside an 18 ft gate to facilitate ease of installation. The initial contract required a $149.00 tight quarters installation fee. The n...

We welcome the opportunity to make this right. Feel free to contact us for complete resolution if you are interested in that at 479-366-2502.
1.0

In mid-March 2015 I found the Tornado Tough Tornado Shelters website and their products looked good as well as their prices so I called. Tony answered and said that they would need a deposit ($670.00) and that a project manager would contact me within a few days to start get everything rolling and that in a few short weeks we would have our storm shelter completed. I called about a week later and ...

Description of Work
Take my deposit money that I am still awaiting a refund since April and damaged our front gate. They were 'suppose' to install an underground storm shelter.

We welcome the opportunity to make this right. Feel free to contact us for complete resolution if you are interested in that at 479-366-2502.
2.0

I found Tornado Tough with a google search. The price was very reasonable so I called them to ask a few questions. I spoke with Frank, the manager of Tornado Tough. He was very talkative and friendly on the phone. We agreed on a shelter, and he spent at least a half an hour taking my details and credit card information for the deposit. We set a date for the work to begin. When that date approached...

We welcome the opportunity to make this right. Feel free to contact us for complete resolution if you are interested in that at 479-366-2502.
1.0

Frank the project manager (and I think owner) becomes offensive, threatening and rude if any issue arises. I had to block his calls they were so numerous and heated and feel like I should save them them for future reference in case we need to involve law enforcement. Their contract includes no clear cancellation policy and you forfeit your right to an attorney once you sign. The project manager tr...

We welcome the opportunity to make this right. Feel free to contact us for complete resolution if you are interested in that at 479-366-2502.
3.0

We first contacted them in May, got the details, got the price, made sure they were FEMA approved, etc. We had to go to Rogers office with a deposit of $695 and discuss the details with a lady named Shannon. My husband asked her TWICE if they would haul away any unneeded rock and dirt from the hole to which she replied "it's included in the contract price". There was a large backlog in orders so installation was slated for July 30, 2014. which was understandable. The excavator arrived at 8 a.m. that day and the truck from Oklahoma with the "box" was there before the hole was even started. The excavator had not been given the company's "fact sheet" as to how deep, fill with sand on bottom, clean-up (or dressing as they call it), and was used to installing garage type shelters. The truck driver was about as helpful to any of us as a bookend...seemed bored and climbed in his truck and slept part of the time until the hole was ready fro the shelter. They set the bottom portion, checked level, then proceeded to add the top and some really gnarly looking sealant to the seam. No one bothered to recheck the level. Then the excavator began to fill in around the shelter with rock (of which there was a lot) and then called it a day. The truck driver left and I walked around the house to see the final result....WOW. It was not level, the yard looked like a bomb had gone off and to quote the city inspector when he came out "Holy cow...who did this to your yard?" He had been an inspector of shelters for over 15 years and never seen such a total mess. When I contacted Frank at the company, he said that clean up was not written into the contract and a "little unlevel" was no big deal. My husband went out with his camera and took pictures with a level on top of the shelter and of the surrounding area. He emailed them to Frank showing the bubble in the level was all the way to the right. Frank quickly agreed to send them out to pull it and reset it....that happened 3 weeks later. So here we sat unable to clean up or anything. On August 21st, after one cancellation, they did come out with a different truck driver from Hausner's in Oklahoma, Maurice, and John, the excavator. They pulled the shelter, dug the hole to its proper depth, put sand in the bottom so we would not have pressure cracks from the rocks, put us in touch with someone to haul out 40,000lbs. of debris and did a splendid job that day. The driver was a big help to us all, absolutely stellar and John seemed to be better informed as to what an in -ground shelter required. If we had had the first trip what we had the second trip there would have been SO much less stress. And they wanted to be paid at the end of the first trip and were, so we had very leverage to rush the reset. My advice...if you want proper "dressing" and cleanup, put it into the contract and have them initial it (ignore verbal promises), pay by credit card so you have recourse via "dispute" if there is a problem, and take LOTS of digital pictures to prove what you may need to. We spent almost a month cleaning rock and "dressing" the sides of the shelter in 90 degree heat at the ages of 63 and 64. We are finally on the downhill side and in another week or so will have it finished. Then we have to level and reseed the yard and water.REMEMBER.....ANYTHING YOU WANT DONE THAT IS NOT IN THE CONTRACT, WRITE IT IN AND HAVE THEM INITIAL IT. I am not advising you not to use this company, just stating my experience and giving adivice to avoid a two-week crying spell and working in unbearable heat afterward doing what someone else could and should have done. JUST GET IT IN WRITING. - on

Description of Work
Installed an in-ground tornado shelter in our side yard.

My experience has been excellent. They pay very good attention to detail. They have been very helpful. They have done an excellent job so far.