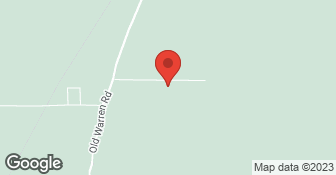 He never came back to start the work.

Description of Work
He came back to do an estimate.

Description of Work
I have a porch over the front of my house. The wood was rotten, the drain fell off and needed to be fixed. They replaced the wood and drain, and then added siding to protect the wood from rotting again. They gave me the estimates and when I agreed they gave me a date they could do the job and completed the job right away

They retiled and painted the chimney. They are very cordial (ex. they were running late and called to make sure that they can come about an hour later, if not, when would be best). Once I did (it didn't), they came back out and gave me an estimate and started the job. They also asked if my neighbors would be leary of them on the roof while I was at work. I thought this was a nice touch/concern. HOWEVER I ended up paying for nothing. They said that they could see where the leak was before they even knocked on my door. They gave me a quote and then said that when it dried after it stopped raining, they could come out and work on it. They said that it was taken care of. I asked before I hired them if they were positive that they could take care of. They came back and did the job. I had to wait for another rain to see if the job was successful. It was not. They made three more visits to try to take care of it, and it still didn’t stop the leak. They ended up telling me that I just needed a new roof altogether. The roof that is on there is only about three or four years old at most. Now it’s even leaking worse than when it started; I’m not blaming them for it worsening but it certainly is worse.

Description of Work
I had a leak on the side of the chimney through the fireplace.

we repaired the noticeable leak demand from the leak on the side of the chemeny facing carport and fixed the leaking roof around the chemeny, the next time to lady showed us the leaking spot it was inside the flew of the chemeny witch means it was seaping through the morter of the old chemeny. I told her that I would spray some sealer on it but probley short of rebuilding the chemney and or knocking it down and new roof that it would not stop seaping, whole seperate leak from what we fixed, had nothing to do with the actual roof part leaking inside of a chemney.
5.0

J and J Builders came and gave us a free estimate. They were punctual everyday, cleaning up all debris after themselves. They did a good job at estimate price and did not go over. Their work was quality work at a reasonable price. We would highly recommend J and J Builders for any handyman, remodeling, flooring and roofing work that you would need done. We plan to use them in the near future to remodel our kitchen and put down flooring and trim.

Stewart Family Floors is a family owned business with over 20 years in the floor installation and wood floor refinishing business. We committed to pleasing everyone of our customers one floor at a time. We only do floors, and we do them well! We will install a floor that you have already purchased, or you can purchase your flooring with us through our partnering suppliers in your area. We install the latest flooring trends including Core-Tec Vinyl Plank, Bamboo flooring, floating cork flooring and waterproof laminate flooring from Pergo. We also install traditional top quality hardwood, and laminate floors at reasonable prices. We offer complete service from removing your existing floor to finishing your new floor with baseboards and/ or quarterround moldings. We also are experts at taking your tired, worn looking wood floor, and making it look like new again through our refinishing process. We worked on our first floor nearly over twenty years ago and flooring is still the only service we offer, and we do it well!  …

No, J & J Builders does not offer eco-friendly accreditations.

No, J & J Builders does not offer a senior discount.