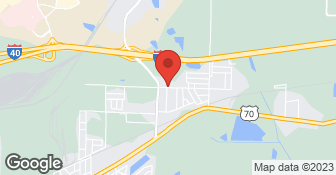 L & N is a new company but our Owner-Operators have been in the cleaning business for over 7 years. We have the best rates in the State and will make your home or business look the best it ever has! Our clients are treated like family and your family deserves the best....

Laura of L&N Cleaning does an excellent job. She is reliable, she cares about what she does, and is very helpful. She has pulled me out of more than a jam or two. I highly recommend.

I dealt with Laura and she was very responsive and did a great job! I would highly recommend this company for your cleaning needs!

Description of Work
I would definitely hire again!

First of all she broke an expensive vase $180 and glued it together and my daughter saw her but she never called me to apologize for it or ask what she could do to replace it, so I will never use her again not at all professional.

Mrs. [Member Name Removed] I believe you may have clicked on the wrong company. I, nor any of my employees have been to your home. I hate that happened to you and if you need any cleaning services from now on I hope you will contact L&N. We would love to help with your cleaning needs.
2.0

The staff is very friendly and responds promptly by phone. They were flexible with the schedule as we had to change times twice. However the service took much longer than the original estimate and therefore the cost was much higher. Then two days later after the move was complete, I found ALL cabinets and drawers in the house were filthy inside (sample pictures attached), the microwave was not fully clean, and found other random food/dirt spots on walls. I know that no attempt was made at these messes because most of the stuff wiped off easily with clorox cleanup and paper towels. They specifically said they had been working on the kitchen cabinets, so they apparently only cleaned the outside. I do not understand what took 4 1/2 hours and how it was worth $375. Besides the money I have now lost several hours doing the job myself. I sent an email yesterday to request a detailed list of what was done to compare to what I expected to be done and have not received a response yet. I am extremely disappointed because they were so nice and I had intended to do future business with them. However this was my first and last time to waste money on ANY cleaning service.

2 people cleaned my house very well. They were polite, efficient and spent a lot of time cleaning. The two not only cleaned my house but cleaned up the clutter and junk. However they charged $75 per hour which I think is a little high

Description of Work
L&N cleaned the house thoroughly. It was extremely dirty and needed to be cleaned. I will use them again.

L&N Cleaning was perfect for me. They provided a one time deep clean of my apartment for a very reasonable price. They contacted me almost immediately after I reached out and worked around my schedule. I would recommend them for anyone and I will definitely hire them again.

Description of Work
I needed a one time deep clean of my apartment.

She had to change our time to come twice due to unforeseen circumstances. But she did do a good job in deep cleaning our house. I plan to use her again in the future.

It went great!! They are coming monthly.

Description of Work
Cleaning my apartment