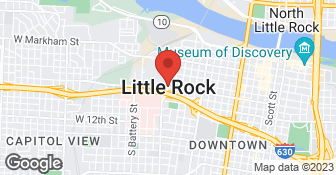 Two Brothers excels where the big companies fail. We know our customers by name, plus we don't have a ton of overhead so we won't charge you an arm and a leg like the big guys. We're here for all your home needs. Emergency services also available. No Job too large or small we do it all! Call us at (501) 301-4653 today!  …

We are a complete Heating, Ventilation, and Air Conditioning repair and replacement company offering over 30 years experience and a dealer in Lennox products. We service all makes and models. We also will install any brand name a customer requests except Trane. We provide service with no initial service fee. Trip charges apply for out of area service. Please call for details. Our business is owner serviced ( yes I go on repairs and installs also!)  …

They're very good. I've been using them for at least ten years. They're honest and reliable. They're prompt and trustworthy. The price is reasonable.

Description of Work
I use Seaton Heat and Air all the time. I use them every year for my pre-season heating and air service. They came out twice and serviced both of my units.

Very bad experience with this contractor. I used him the first time through a home warranty service (i did not have a choice). he performed a lousy job by replacing an AC unit compressor without installing and important piece of equipment (in line dryer) on the new compressor. When i contacted him a year later (when the new compressor died), he acknowledged that his crew made a mistake and initially agreed to replace the compressor (trying to get it replaced under its one-year warranty). FInally he declined to do anything to the dead compressor, especially when we both discovered that the company manufacturing the compressor would not warranty the unit because what happened was the contractor's fault. FInally, he is unprofessional, rude and inconsiderate.