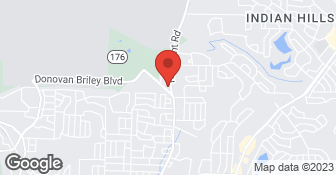 Our experienced and well-trained personnel have years of roofing experience. We handle all types of roofing conditions or requests from a small leak to a complete, comprehensive roofing system. Knowing when to restore, repair or install a new roof system and what type of roofing material is an important decision. Your PI Roofing professional will assist you in choosing the appropriate product and installation technique

Crews were professional and worked hard to install the radiant barrier during my remodel. I know this was money well spent cause it is now the middle of summer in the house. With temperatures running the upper 90's-100 and no insulation in the attic (Still in remodel stage, but drywall is up), the AC system can keep it a nice 72 inside without any problems and without running all the time.

The workers did an excellent job of repairing damaged areas and replacing my roof.

The screens on the gutters were removed, gutters cleaning, and screens replaced. John did a very good job.

Never responded to their promise to get back with cost.

Description of Work
Repair of a residential roof. Five roofers on your list came, did measurements and promised to get back with a proposal. After two months, NONE have responded.

They did a good job. quick and cleaned up good.

They were on time and immediately got to work. They cut some branches that were rubbing against the roof.

PI was great. Prompt service. A good price (we shopped around). The work was well done and everyone was super polite and professional. I've used them once before to replace the roof on my personal home and they were great then too.

Description of Work
For this specific visit, we had PI come do some minor repairs on a rent house roof as well as replace three broken windows.

. very good. very efficent, through, had inspector come 1 week after work was complete to inspect roof to insure installation met all standards. also met with me to get input and shared his findings. Had 2nd inspection after 1 year. inspection was at no charge but at this time they try to sell you a annual maintence contact. price is reasonable.

Workers arrived on time - were very friendly - took necessary precautions to avoid any damage to any plants/trees/lawn or the exterior of the house. Did excellent job of cleaning up after the work was completed.

Description of Work
Replaced all the shingles on the roof (and material under the shingles but not the plywood) and repaired a leak in the fireplace chimney including replacing damaged plywood around the chimney and replacing the cover at the top of the chimney.

I called nearly two weeks ago to arrange for an estimate on my roof repair. Nothing. I called back again, then guy called for directions, nothing again. I called the office, who said they'd call the guy and get back to me, nothing for the third time. I'm done.

Description of Work
I called nearly two weeks ago to arrange for an estimate on my roof repair. Nothing. A guy called for directions, nothing again. I called the office, who said they'd call the guy and get back to me, nothing for the third time.

They quoted a price over the phone and then increased the charge when they got to the house. They said the increased charge was due to the fact that they considered our crawl space a second level to our home. The price they quoted was for a single story house, which is what our house is. Our crawl space is the height of a level of the house in the back of the house where they were working, so we agreed to pay the higher amount. Just wish we'd known to expect that. They cleaned the gutters just fine, I suppose. But several months later all of the water is running out of one corner of the gutter. We have guards on our gutters, and that has not been an issue in the seven years or so we've owned the house. We called PI roofing back to tell us if the gutters/downspouts are clogged again or if the gutters are unbalanced. They said they are clogged again and they offered to sell us GutterGuards for $600. Maybe they did everything right and it's just natural that our gutters are clogged again, but I'm just not sure. In the future, we might consider using PI Roofing again, but I think I'd want to look around a little more before.

It's a pretty nice set up. They were punctual, easy to work with, did an excellent job, great cleanup, and never had a leak after they were done.

Description of Work
They did a re-roof on the house.

Very thorough and responsive in providing details and working with insurance company.

The experience was good. They did a good job. Nothing stands out bad and we have been here only three and a half week. They are very easy to deal with and they got it done very quickly.

Description of Work
PI Roofing Solutions provided extra flashing and cleaned some roof & gutter damage. They repaired the gutter and the roof. They added things that needed to be add.

Had trouble contacting them for follow-up earlier in year until I tried again. After first big rainstorm one of the leaks continued. They came back out and did further repairs and it held. The leaks were around the oven vent, fireplace and a bedroom closet. My current roof was replaced in 2008 by Grady Tallent of Tallent Bro. Construction, and I have found out that it was improperly installed, and wrong roofing nails were used - keep popping up. PI Roofing is fixing other issues I have with the roof.

Description of Work
They came out did the roof repairs,

Very good service. They worked nonstop all day until around 6:00pm and left the yard spotless.

Description of Work
Replaced the roof, air vents, and all rotted wood.

They did the job all in one day and it looks beautiful. I have not had any problems with the roof and I would highly recommend them.

Description of Work
They put on a new roof.

Thank you so much for your kind words. We appreciate your business. Joel
5.0

From dealing with job price estimating , to office personnel scheduling work needed was very pleasant and they kept me posted on when weather conditions was acceptable to perform work needed. Their Employees showed up on time, had all material needed to perform repairs. Employees were very helpful and showed outstanding professionalism. The main thing is that I received 21/2 inches of rain the next day with no problems. Thank to P I Roofing employees. Wes Sawyer

I used them several times over the years. The work was good, they have are competitive price wise and I believe they would stand behind their work if they needed a call back.

Thank you for the great review! Joel Johnson
5.0

No problems, complete job and clean-up in one day as estimated.

Thank you, for the great review! Joel Johnson
5.0

They showed up on time and I thought they were the best company we had called.

Description of Work
They did an estimate.

Thank you for your positive statements, our team at P.I. Roofing strives for customer satisfaction in every way.
5.0

They also did some work for me a couple of years ago. I was pleased with their estimate and their work. I used someone else for the roofing project that I did this year. Their work was fine. The last time I used them, it cost $5-00 or $600. The estimate they recently gave me included some painting that was three times the roofing work so I had someone else do the painting. I liked the thoroughness of their assessment. I had a small area that needed to be repaired on my roof. The gutter was improperly installed, and as a result water was leaking into my attic. I like the thoroughness of their work. They were able to match after about seven years the roofing shingles, and we can't really tell that they did repair. I was pleased with that. But I felt their estimate for non-roofing work was high. With regard to responsiveness, they had incorrect telephone numbers on their card, so it took me about a month or more to connect with them. They should know that their cards are wrong.

Description of Work
P I Roofing and Home Solutions gave me an estimate for roofing and painting.

We scheduled an appointment for 1:00 p.m., but they were several minutes late. We were supposed to receive an estimate by email the next day. Four days later, we finally received the quote for the work. It is more than what we had hoped and are considering our options.

Description of Work
Looked the skylights on my house to provide estimate to fix a broken skylight and possibly replace 2 other skylights. Provided an estimate.

I had a hole in my roof caused by a squirrel . It was about a foot square. P I Roofing came out right away and made an inspection and gave me an estimate. They also inspected my roof overall. The repairs were done promptly and you can't even tell any work was done. They also gave me a letter for my insurance company about my roof. I was more than satisfied with the work and the professionalism of the whole team. I would definitely recommend them to my friends.

Description of Work
I had a hole in my roof caused by a squirrel . It was about a foot square. P I Roofing came out right away and made an inspection and gave me an estimate. They also inspected my roof overall. The repairs were done promptly and you can't even tell any work was done.

They worked with the insurance company, gave us a great estimate for the job, did everything that was specified in the contract, worked around the weather issues, and did a final inspection to see that we were satisfied. Definitely would recommend them.

Description of Work
PI Roofing removed 2 layers of old roof and replaced it with new roof and some gutter screens all along the roof edge.

A Pressure Washing company that specializes in all facets of exterior cleaning such as driveways, sidewalks, brick etc. I am the sole owner that has been pressure washing since 2014. You'll be in great hands using me for all your cleaning needs!  …

PI Roofing Solutions is currently rated 4.5 overall out of 5.

Are there any services PI Roofing Solutions does not offer?