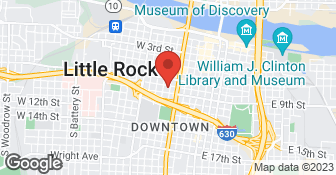 They contracted with my moving company. They put together my bed without the wheels and scratched the wood floor. That was my main complaint and it took me quite a while to get the money to fix that. Their service wasn?t good and it was poor. I wouldn?t use their services in the future.

Description of Work
I used the services of Merchants Transfer & Warehouse probably in September for moving.

Overall, went well. Did not provide brochures required by law until they were requested, but found them online anyway. A few small dings were caused, but nothing worthy of a claim. The driver said they underestimated the weight of the load by 25%, but the binding estimate did not allow them to charge more. That was a good deal for me, but it impacted the driver's commission. I tipped each worker and the driver at both ends $20 - I hope that was enough. They worked hard. I used Angie's List to find this mover. Other movers were rated (this one wasn't), but I had trouble getting them to show up to make an estimate. I self-insured the first $1000 of high value items with a high deductible, and I saved about $250 there. I used the high deductible full value protection to basically insure from loss of the entire load, not the small stuff that I can cover. I found that if you want to Insure your load, there are policies that do that, but they're more expensive while they cover more. The full value protection is not insurance per se. I recommend you watch the weighing if you can get there, even though I was only able to view the unladen weight. They had to use a shuttle because their truck was so big, and I stayed with the house while they brought the two shuttles in and out, so I missed their weights.

The first driver came in labeled and loaded two rooms, he sneered at the load from the get go; bigger than he thought? Older home? He found a wood roach in the detached garage and said we were infested he could not take us and unloaded the truck and left. This was in a Little Rock Arkansas older neighborhood where wood roaches are like lady bugs or grasshoppers; they are all over but not infesting like the small roaches in NYC. Evidently this mover did not do much work in the south, but the company I contracted with was in Little Rock and should have something in writing about this issue. I try to avoid spraying poisons in my living area but might have done it in the garage right before the move, though I am not sure how much that would help. I spent the rest of that day trying to get the company to call me back and take care of the move. Well they did come through with two rented smaller trucks a crew that took forever to load two days! and then they had to reload to the bigger truck at their warehouse, so they went out of their way to accommodate us but we were still two days late reporting to work and did not get the load delivered until a week later. We had a full week of living in a hotel room with a cat. The guys who unpacked complained about the weight of the load, books and sculpture; we are artists, but not a lot of huge furniture. They did not get furniture up the stairs and did not take a lot (if not most) of the boxes marked for my room up the stairs, so I have spent more than a month moving stuff in the house. Now I am trying to make a claim for a bent mattress. I paid for the insurance ($500!) but they evidently did not file the papers, so I will need to spend more time haggling with these people.

Description of Work
I have mixed feelings. The moving was a disaster but the company did come through for us. It is not over though. They do guarantee their estimate and they estimated way too low, so I got a good deal. And when things went bad they did come through but I did have to call and say hey this is a disaster, over and over again.

They did damage a few minor things and the driver of the van liked to hear himself talk. I feel that added to the moving time both coming and going. The rest of the move went fine.

Description of Work
I hired this company to move about 14,000 pounds of household belongings 700 miles.

We were just extremely pleased with Mayflower during our moving process. They made things so much easier for us. They were organized in the way that they packed our things, did things that we asked them to and they were just wonderful. We could not have been happier with them.

They did a really good job overall, but a couple of things did get damaged. They were as careful as they could be and it was about as pleasant of a move as you could expect or hoped for. We were pretty satisfied with what they did for us. I couldn t give a price because my husband handled that part.

Description of Work
They moved my belongings from our 4 bedroom home with 2 living areas, office, kitchen and some patio furniture from Dallas, Texas to Little Rock, Arkansas which was about 316 miles. The movers packed up the items and put them into the right rooms in my new home, but didn t unpack them.

We were satisfied with the move and nothing was broken or stolen. They loaded the truck and unloaded the truck putting boxes and furniture exactly where we wanted them. They stayed on schedule and on time. My wife handled the billing so I can t help you with a price or cost of the move.

Description of Work
They moved my personal property from Mark Tree, Arkansas to Sherwood, Arkansas which was about 150 miles.

American Movers is one of the leading companies catering to residential and commercial clients moving needs. Established to provide customers with professional quality. At American Movers we help you move and pack with in your budget, on time and with out any hassle.  …

Bonded
Insured
All statements concerning insurance, licenses, and bonds are informational only, and are self-reported. Since insurance, licenses and bonds can expire and can be cancelled, homeowners should always check such information for themselves.To find more licensing information for your state, visit our Find Licensing Requirements page.
General Information
Free Estimates
Ask for Details
Eco-Friendly Accreditations
No
Payment Options
Visa, MasterCard, American Express, Discover
Senior Discount
No
Warranties
No

Merchants Transfer & Warehouse Co is currently rated 4.1 overall out of 5.

No, Merchants Transfer & Warehouse Co does not offer eco-friendly accreditations.

No, Merchants Transfer & Warehouse Co does not offer a senior discount.

No, Merchants Transfer & Warehouse Co does not offer warranties.