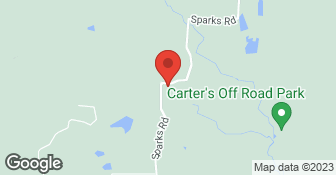 Jett-Seal Inc. uses Aeroseal technology to seal the ductwork from the inside out by using a UL tested and approved sealing material. It's clean and safe.Most homeowners are unaware that more than 80% of all U.S. homes have significant leakage in their duct systems, with up to 40% of conditioned air being lost through perforations, seams, and gaps in ductwork. Not sealing these leaks is like leaving your front door open all year long. Every time your heating or cooling system runs, treated (heated or cooled) air leaks out of the ductwork, and untreated air is pulled into your home. That's a lot of wasted money.

The work was finished as advertised in two days. SInce being done, the house does stay warmer while the heat runs less. On a side note the reduction in dust has been incredible. Normally we would have to dust every third day. It has been two weeks since the work was done and we have not had to dust yet. This has paid dividends with the air quality as well. Less sneezing and sniffling in the morning for everyone.

Description of Work
They accomplished an inspection of our A/C System. Based on their analysis we had them seal our air duct system and they added a new air return to increase the amount of air going to our system. They also increased the sixe of our ductwork on some of the existing duct work.

The overall experience went very well in the sense that the staff (2 + a supv) seemed very competent in the execution and explanation of every step of the process. The job took 2 full days (which was much more than I had anticipated), but I guess that is to be expected for the work beyond just sealing the ducts. The overall improvement for heating and cooling capacity for the duct sealing is 40% based upon the measured leakage reduction and the original register flow.This should help to extend the life of the heating/ac units as they now have to work less in order to maintain consistent temperatures -- time will tell. The staff was very nice to work with.

After the work was finished, they ran another test of the system, showing a 97% reduction in leakage - meaning that we are losing almost no air now. At the original test, we were losing 1856 cubic feet per minute, and after the work was done, the test showed we were losing only 50 cubic feet per minute. Doing everything was pricey - $4600, but we expect to see great improvement in the energy bills, so it should pay for itself eventually. Since we just purchased the house, we won't be able to calculate the savings, unfortunately. Joe was on time, they completed the work quickly and on schedule, and Joe was really nice and personable. We are happy with the work Jett Seal performed.

Description of Work
Representative Joe Goasa came to the house - he was able to come less than 24 hours after I called, which was nice. He sealed off all the vents in the house, noting all the ways in which our A/C system was inefficient. He then ran a test of the A/C to see how much leakage we had - it was substantial (something like 60% of the air we were pumping out was just being lost), suggesting that pipes were down in the crawlspace. They checked that (there were 2), and then added those to the list of all the things that would need to be done to improve the efficiency of our A/C. They came back 2 days later to make all the replacements and improvements.

Comfort Concepts Inc. is a locally owned and operated HVAC contractor in Austin, AR and serve the surrounding areas. We specialize in HVAC maintenance, HVAC services. We take great pride in the quality of our work.  …

At AC Pros of Arkansas, you can be sure that you're getting quality HVAC service in Central Arkansas. With decades of combined experience under our belts, there's nothing we haven't seen and there's nothing we can't do! If you have an HVAC installation or a heating & cooling repair service you need in Central Arkansas, reach out to us today and get a free quote on our services! We can't wait to hear from you.  …

Bonded
Insured
All statements concerning insurance, licenses, and bonds are informational only, and are self-reported. Since insurance, licenses and bonds can expire and can be cancelled, homeowners should always check such information for themselves.To find more licensing information for your state, visit our Find Licensing Requirements page.
General Information
Free Estimates
No
Eco-Friendly Accreditations
No
Payment Options
Check, Visa, MasterCard, Financing Available
Senior Discount
NO
Warranties
Yes

JETT SEAL INC is currently rated 4.7 overall out of 5.

No, JETT SEAL INC does not offer free project estimates.

No, JETT SEAL INC does not offer eco-friendly accreditations.

No, JETT SEAL INC does not offer a senior discount.

Are there any services JETT SEAL INC does not offer?