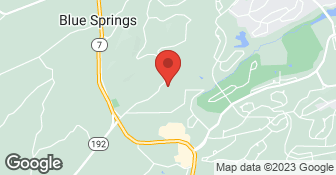 Description of Work
Scheduled them to come to look at my yard twice.. never returned my call and did not show up. Very odd. Cannot speak to cost or quality, b/c they never showed up.

Called this provider based on previous Angie's List recommendations. Noted that the organizations former name was TRU-CUT, and all recommendations were on THAT company. Called 1700 on Monday, August 29, 2014. Spoke with Andrew who seem personable and profesional in phone manner. Noted he said he'd only owned the company "a few months". Set up appt. for Tuesday, 9/30/2014 at 1130. Told him I had to be at the doctors office at 1200 and to be early if possible. NO SHOW. Got message on my cell phone he was running late at 1230. Would be at my house by 1700 (voice in background said 1730). Rcvd. call from Andrew at 1800 stating "running late". Again, NO SHOW. Called him again 0900 10/1/14. Mumbled appology and asked me what time I would like him to be at my house today. He said it was a "slow day" and that he could come over "any time". Told him between 1600 and 1700 would be fine.. Andrew arrived at my door at 2010 mumbling and stumbling. I told him that, as the sun had already gone down, it'd be hard to see the yard and we'd try again at another time (sic)!

Description of Work
Nothing!

I am very sorry that you missed out on an opportunity to work with our business. I can assure you that Andrew is always professional. As you can hopefully understand lawn care and landscaping is a very busy service provider and while we understand things happen, we apologize for our misunderstanding with you. Hopefully, you will find another service that can work with you. Again, we do apologize for any inconvenience for you. Have a beautiful day!
5.0

Contacted Tru Cut and they gave me an estimate within 24hrs. As I requested (hoping more leaves would fall), they waited one week to do the work. We have a steep driveway with water run-off "ditches" on either side that go behind the garage and down to the lake. They cleaned the ditches, our driveway/parking pad, and the back yard. The job was excellent. Will definitely hire them again.

Description of Work
I contacted TRU-CUT LAWNS AND MAINTENANCE

Tru-Cut Lawns and Maintenance are prompt, tell me exactly when they're coming, and the do a good job. Their price is competitive, I like them, and I'm glad I hired them.

Description of Work
Tru-Cut Lawns and Maintenance cut and trim my lawn.

I will be having them back in the future.

Description of Work
They came out to mow my lawn.

Took good care of yard. Also major removal of limbs and debris after an ice and snow storm. The owner, Tony Dzianott, is pleasant, personable, responsive, and always easy to reach via cell phone or e-mail. I highly recommend him.

Description of Work
Back yard and shrub maintenance while out of town for six months.

We have the cell phone # of the owner, Tony Dzianott, and he is quick to respond to any requests we have as individual home owners. I feel fortunate that we have him and his company to take care of us.

Description of Work
Tru-cut provides the lawn sevice for our 55+ sub-division. They do an excellent job of mowing, edging, removing leaves and yard debris, etc. They work once a week all year, and do an excellent job. They normally do the front yards of our homes, but if we are out of town for an extended period, they do our back yards for an extra $5.00 a week, which is incredibly reasonable.

We live in a retirement community and they take care of the 30 houses. When we are out of town, they will do the back yard also for us for $5.00. I think that is really very reasonable. They will do more things if you pay them extra. The owner is very nice and wants to make sure that everyone in our subdivision is happy with the work of the company. We will continue to use them for our home and also when out of town the back yard.

Description of Work
They take care of the mowing and edging and they come out every week.

Radiance is here to get your home back in shape. We provide a complete spectrum of Exterior Home services with professional and personal care for each client's needs. We are here to guide you and give you our advice based on your goal and dream. We believe in value. Call us today so we can turn your dreams into reality  …

Central tree pros is a local tree company. Specializing in removal and tree trimming jobs in the metro. We are one of the few company’s that offers crane services for tree removal and major trimming jobs above houses and other structures. We have been in the industry for five years always running as owner operator and maintain a very professional, polite and efficient crew. When you hire us, you're hiring a team of professionals who are trained and skilled to deliver lasting value to your home. We are offering free estimates and would love to look at any upcoming project you have in your home. Have a question? Call us or click for a free quote today!  …

How is Andrew's Landscaping and Lawn Maintenance overall rated?

Andrew's Landscaping and Lawn Maintenance is currently rated 4.7 overall out of 5.

What payment options does Andrew's Landscaping and Lawn Maintenance provide

Does Andrew's Landscaping and Lawn Maintenance offer a senior discount?

No, Andrew's Landscaping and Lawn Maintenance does not offer a senior discount.

Are warranties offered by Andrew's Landscaping and Lawn Maintenance?

No, Andrew's Landscaping and Lawn Maintenance does not offer warranties.

What services does Andrew's Landscaping and Lawn Maintenance offer?