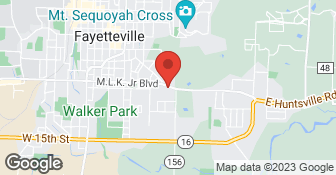 Our name has gone hand-in-hand with roofing expertise for decades. We offer only the best experience and professional services to give outstanding value to property owners, property management companies, builders, real estate companies and commercial property owners. Perry Roofing is a certified installer. We can also offer our customers a transferable warranty with some shingles manufacturers. This is a good selling point if you decide to sell your home. Many references available upon request. It is only reasonable to protect your property with the best quality material available, installed by factory certified applicators dedicated to preserving the structural integrity and life expectancy of your roof. With thousands of satisfied property owners, you can count on reliable and quality workmanship. Our best advertisement is you, as a satisfied customer. If you are satisfied with your completed project you will tell a neighbor or a friend. This is what we strive to achieve and we are dedicated to accomplishing it. We offer a 5 yr workmanship warranty in addition to the normal shingle warranty. are a re-roof specialist. We also do new construction. We are located in Tontitown, AR. We have resided here all of our lives. We pride ourselves on communication as well as quality work. Owned and operated by Viet Nam era veteran. Award winning....

Perry roofing was amazing. Blake was a wonderful fella to speak with. Unfortunately I don't have any more work needed. But most definitely will send friends and family their direction for their repair needs.

Thank you for your review. We appreciate your business!
5.0

It was great. They showed up when they said they would. They did a great job of cleaning up after they were done. I would recommend them to anyone needing roof work done. I also had to have my gutters and down spouts replaced. They took care of this as well. Job well done.

Thank you [Member Name Removed], we try to be a customer first based company. Bernadette
5.0

Very professional service and hard workers. So as long as the roof doesn't leak I'm very happy with their work.

Description of Work
We had a complete roof replacement on a workshop and a leak repair on the main house.

Nobody there at 1100 so I called the office and inquired about status. Response was "who did you talk to?" Unfortunately I did not take name. Received a call at 1230 and was told he would not be able to make it. Not a good way to do business especially when I told them up front that they were chosen from Angie's List because of good ratings.

Description of Work
Had some minor roof damage. Called and spoke to a man who said he would be out between 9 and 10. Took the morning off of work.

It is unfortunate that the weather has been so bad this week, very slick on a roof. Not an excuse, it has backed us up tremendously. We were unaware that you were taking off work. We do try to do the best we can with customer service, we apologize we fell short of your expectations. Our man did try to reschedule for Saturday and you were unavailable. He has called and talked with your wife and apologized. If you want him to come by at some point please let him know. If not we hope that you find the right person to repair your shingles.
5.0

An absolutely wonderful experience with Perry Roofing! I had never had my roof replaced and they made this an extrememly easy process with no issues. I called and received quotes from 5 companie including Perry. When I called Perry I spoke with Bernadette, she was the most polite and helpful person from all of the companies. She walked me through step by step what to do dealing with the insurance check along with when and how long it would take to do the new roof. Mike came out the next day and walked me through what to expect and exactly what was going to be done. Once I received my insurance check, I called Bernadette and work began 3 days later. Bernadette and Mike were right on, a day and half and everything was completed on the roof and the gutter guy came and finished the next day. Exceeded my expectation. Without hesitation, they will always be my first choice.

Mike came by to inspect the roof on my hom as well as on my rental home. There was hail damage to the roofs and I really wanted it to go well with the insurance adjuster so I asked Mike if he wouldn't mine coming back when the adjuster was present. He was fine with that. Mike walked the roofs with the adjuster and both roofs were replaced by the insurance company. Bernadette, at the office and who is very nice and has great customer service skills, scheduled us in. Mike's crew came early one morning to begin the work and completed the work on both homes by the end of the day. Harder workers I have never seen.

Description of Work
Perry Roofing replaced two roofs for me.

It's our goal to give the best service from start to finish. I am glad to hear we did.
5.0

I recently had our house completely re-roofed by Perry's Roofing. They were very easy to contact/work with and very prompt in getting a quote to me. Perry's Roofing was also very fair on the quote which was important to me because my roof was too old for an insurance claim and I had to pay for it out of pocket. All of my questions were answered with clear knowledge of roofing and roofing products. They also helped me select the perfect color for the shingles used. The roofing job was scheduled within a week of receiving the signed agreement from me and on the day of the replacement they set up, re-roofed, and cleaned up before 5:00 pm. This was very impressive since my roof was severely damaged and had areas where the decking needed to also be replaced. They also replaced our roof turbine and had to repair both gables. The crew was fast, polite, and did a very professional job. They even took a minute to pet my dog and get him comfortable with them so he could stay outside in his run vs. being locked in a crate all day. The job was followed up with a courtesy call from the project manager who oversaw my roof replacement. He thanked me for payment and just wanted to make sure I was pleased with the outcome. I would highly recommend Perry Roofing for any repair or replacement you may have. They were friendly, knowledgeable, and professional.

Thanks for the review. We do try to give our customers a good experience.
5.0

They did a good job, they were very efficient!

Description of Work
They replaced some shingles on our roof.

Short version - honest, friendly, punctual, thorough, professional, precise, economical, trustworthy and thoughtful Longer version - Perry Roofing provided a positive experience from beginning to end. Here's how: A real person answered the phone every single time I called. That person was knowledgeable and very competent. Within 48 hours, someone came to the house to assess the roof. He patiently answered my questions and explained what was needed. He called before he came over. When choosing a shingle, I was given helpful information about current pricing and warranties. They had a wide-variety of choices and at least one special warranty because of their training. They gave me a thorough estimate with an attached "material cost worksheet". The only changes made to this estimate were unforeseeable things discovered during the roofing process (such as bad decking) -- or things that would save me money. I was never pressured, condescended to, or mislead. I was given an approximate timeline on the same day I received the estimate. They were able to do my roof a week earlier than planned and finished it in one day. The supervisor was here 90% of the time during the roofing process. He didn't just stand around. He worked. When he wasn't here, the crew worked steadily and competently. Clean-up was thorough and efficient. Communication was timely, polite, and accurate throughout the entire process. I was very nervous about making all of these decisions -- partly because I don't know much about roofing. There is only so much one can learn from Google. I wanted to have the roof done by a locally- owned, dependable business. I found just what I wanted / needed with Perry Roofing. They earned my trust and exceeded my expectations. Thank you Mike, Bernadette, and crew.

They were great. They've worked with me and followed-up. There was something I didn't like and they fixed it. They were a good company.

Description of Work
I used the roofing service of Perry Roofing.