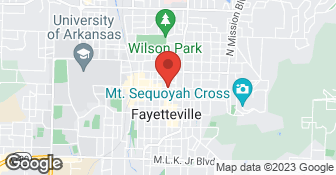 We are a very versatile company that can accommodate almost any request in regards to the pool and spa industry.

Clay is a nice guy and did a good job. I got a little frustrated because he had to try several times to find the leaks. However he did fix it and always showed up. This is my first pool so I don't have a lot to compare.

It went very well! Although the project took place during the winter and the weather delayed the progress, we were most impressed by the ownership of this company, Clay Carver, and his commitment to providing a quality product, along with great customer service. As with most project, there were a few hickups along the way and some challenges, but Clay never let us down in responding the right way by taking care of the issue without complaining or arguing. He was always fair and considerate. I would highly recommend this company for anyone who is interested in having their pool restored. The craftmanship on the stone work was excellent due to the seasoned craftsman, Ben, who works for Indian Summer. And, the rest of the crew that worked on the pool over a period of months were all very courteous and respectful. We are very pleased with out new pool and thank the folks at Indian Summer for their hard work, great customer service, and quality product that they provided. It's been a long time since I've worked with a contractor of the calibre of Clay Carver. I would rank him very high in the catergory of c

Description of Work
Stripped the pool of old paint and resurfaced it.

Description of Work
Gunite pool resurfacing and new tile. They were terrific, personalized approach and professional.

We needed our in ground pool liner replace,and we knew we also has a plumbing issue. Clay found the leak took the time to show exactly where it was and how he would fix it. He did an awsome job and was very fair on the price I will only let him work on our pool from now on! Great JOB and a GREAT person!

Everything started out fine. He started the project the first week of May and didn't finish until the last day of June. Weather played a role in the long delay. He built a really nice pool in the end and really seemed to know what he was doing but there were some major downsides to using him that would cause us to deter someone else from using his services. He does not have his own equipment and therefore needs to rent (backhoe, bobcat, dumptruck, etc.). Because of bad weather, he claimed all equipment was rented out and he couldn't get what he needed to do our job. That caused a week and a half delay. He should have been more forward thinking. Also, he has to rely on temporary hired help, which he, at one point, found the day before he needed it. When that worker couldn't come again for more than a week, Clay didn't go find someone else but waited until he could use the original hire. Another week + delay. He didn't show up most days until after 10:30 am, and would leave by 3 or 4 pm. He would not work Saturdays (except the last Sat. in June) to make up for lost time. One of the main reasons we chose to use Clay was that he agreed to color the concrete around the pool at no cost to us. Our contract stated "Concrete color = cost of dye = N/C". His statement to us before we signed the contract was "I can throw that in, that's only about $250." When it came time to order the dye, he called and asked which color we wanted. After his call to order, he called back and told us it would be over $1300 and we were responsible for the cost. It was obvious that he was unaware of what concrete dye costs and wasn't prepared to pay that much. Therefore he told us that the statement in the contract meant that there would be no charge for him to mix the dye in, which we knew was bogus. Our contract also stated that we were to get almost 800 square feet of concrete around the pool. When we had to reduce that because of landscape/slope issues, he gave us a hard time about us not wanting to be charged for concrete we weren't getting. While he worked with us somewhat on the two previous issues, we feel we still ended up paying more than we should have and as if we were taken advantage of. Finally, and I understand that some people would not be bothered by this, he left cigarette butts around the pool where my children can find/pick them up. We were unimpressed with how he runs his business, his work ethic, and his blatant dishonesty, We would NOT recommend him to anyone even though the end result is, we think, a nice pool.

Description of Work
Clay Carver of Indian Summer Pool Co. built an 18x36 inground vinyl liner pool for us. We chose him because he offered us upgrades and incentives that other companies did not.

Indian Summer Pool Co is currently rated 4.2 overall out of 5.

No, Indian Summer Pool Co does not offer eco-friendly accreditations.

No, Indian Summer Pool Co does not offer a senior discount.