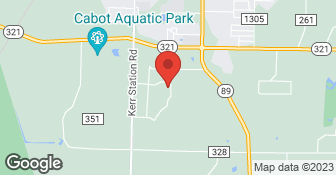 Doug Thompson Construction employs a team of subcontractors that are knowledgeable in various fields with a skilled supervisor leading each team.

Paint was applied in one coat only. The workers painted over nails, screws, anchors, and even poster sticker tabs rather than removing and patching the holes before painting. Lots of paint left on base boards. I am not sure if they did not tape well or what. Paint splatter was not cleaned up from floors unless you pointed it out to the workers. In some areas where wallpaper was removed, it was only partially removed and painted over. We had to ask them to redo those areas. I have painted several rooms in my home and I can say that my work was better than "the professionals". The contractor measured for the vanities and counter tops. He did not measure them correctly. The counter top in the kitchen does not meet up in the corner as it should and it is very noticeable. The workers damaged the counter tops when they sanded down the end caps. They left knowing this and we had to ask them to come back and repair this. They were not repair part of the damage but there is still noticeable damage in one area. The vanities were ordered according to the contractors measurement. One of the vanities did not fit. It was too wide, There was also a mounted mirror that the contractor said he could not remove. Because the mirror was mounted low, he installed the vanity with the mirror behind it. Because he did not measure correctly, there was also about a half gap in the corner and it was in front of the mirror. Which he left this way and didn't even let us know that there was an issue. When I saw the sloppy work, I called him he said he measured it assuming the walls were square. They are not. I asked if he would install a vanity in house the same way. He said if me and my husband could remove the mirror, he would fix the vanity. It literally took us about 5 minutes to remove the mirror with no special tools. He came back and remeasured the vanity, took it to be re-cut to fit. He re-installed it and it still did not fit. There was about a quarter inch gap in the corner still. We ended up having to tile around the top of the vanity to hide this.

The work was good however they damaged the lawn and did not offer to repair it.

Description of Work
I had the roof pitched and replaced along with replacement of several panels of siding.

I have had Doug out to our home several times over the last five years. He is an excellent contractor. He uses good materials and does a thorough construction job. He is very knowledgeable of his trade. We like him a lot.

Description of Work
I had an addition put on the garage of several feet at the back of the house. It is not big enough for a car; it is used for extra garage storage space.

All statements concerning insurance, licenses, and bonds are informational only, and are self-reported. Since insurance, licenses and bonds can expire and can be cancelled, homeowners should always check such information for themselves.To find more licensing information for your state, visit our Find Licensing Requirements page.
General Information
Free Estimates
Yes
Eco-Friendly Accreditations
No
Payment Options
Check
Senior Discount
ASK FOR DETAILS
Warranties
Ask for details

DOUG THOMPSON CONSTRUCTION is currently rated 3 overall out of 5.

No, DOUG THOMPSON CONSTRUCTION does not offer eco-friendly accreditations.

No, DOUG THOMPSON CONSTRUCTION does not offer a senior discount.

No, DOUG THOMPSON CONSTRUCTION does not offer warranties.