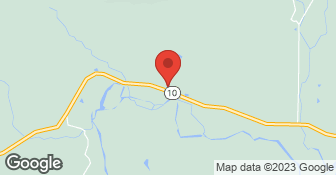 We Specialize in Residentual Window Renovations. We care about the fine details! Let us be your first and last window renovation company. Veteran owned, So if you are a Veteran, Police, Nurse or work with the public ask about your 10% discount. Please Contact us for your Free in home window consultation and estimate Today!  …

Custom home building and remodeling is our passion - creating beautiful homes and spaces that fit your family's lifestyle has been our focus for over two decades. Bret Franks Construction, Inc. is an owner-managed company, and we work directly with homeowners, vendor partners, and tradesmen which translates into a higher quality project within the desired budget. We have long-term relationships with our suppliers and trade professionals enabling these groups to create value and promote seamless quality for homeowners. The true strength of our company is the team of professionals we work with. Together we focus on the vision and lifestyle of each client, and Bret Franks Construction is ready to join you on your home building or remodeling journey.  …

We chose him before we had Angie's list. Somebody said, "We know him." It was that kind of recommendation. They were sloppy. Mr. Fagan was argumentative at every turn. I mean, hatefully argumentative. The concrete work was sub-standard. We over heard one of the workers talking about painting another coat of paint in the kitchen and he was told by the foreman to forget it. The knobs on the doors in our hallway was put on backwards. One of the kitchen cabinets where we have trays that pull out have never fit right and when we brought this to their attention again Mr. Fagan argued and said there was some reason why that was never going to be okay. We had a water heater put in, one of those that mounts on the wall, it was making a horrible noise after it would come on there was quisling noise for the longest time and we were told we were going to have to replace water pipes because the water pipes were too small. When my husband called the company they said, "No. What you need is to just replace this one little part" So they sent us the part. It was replaced and it was fine. We never had another problem. It's that kind of stuff. If I had been here on my own dealing with this I would have believed everything they said. Fortunately, my husband knows construction and so he was able to catch a lot of stuff. But some things we're still living with. The workers themselves were okay. He was so rude and so argumentative, I just can't believe. He and my husband were in a screaming match outside about the concrete. Our patio looks horrible. Our driveway looks horrible. The concrete trucks crushed the sewer pipe that runs under the driveway but he was saying it wasn't their fault. They supposedly fixed that but the driveway looks like a checkerboard; they had to go in and repair stuff. It was just a nightmare from the get-go. We were in the middle of it when we started noticing these things and we didn't want to start all over again. We had that tornado hit. I had knee replacement surgery five days later and then we have this construction going on. So it was just a horrible time. I would never ever recommend them to anybody. They were punctual. They were here everyday they said they were going to be here.

Description of Work
We got hit by a tornado, so we had J. Fagan Construction do concrete work, kitchen remodeling, interior house painting and window replacement.