Fencing
Animal Fencing
Mailbox Repair
Pressure Washing
Deck Maintenance
Masonry
Concrete Pouring and Repair
Licensing
Insured
All statements concerning insurance, licenses, and bonds are informational only, and are self-reported. Since insurance, licenses and bonds can expire and can be cancelled, homeowners should always check such information for themselves. To find more licensing information for your state, visit our Find Licensing Requirements page.
Business Details 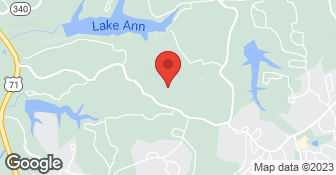 Additional DBA - HH FENCE CO. we do not use subcontractors we do the work ourselves....

In business since 1991 with the highest certified technicians in Arkansas. We are a family oriented business with a focus on customer service, and strive to put a smile on your face.Pay at the time of service. We also service commercial locations. Contact (501) 690-3825 to schedule your appointment today!

EE Construction is a locally owned and operated company with over 20 years of industry experience. In addition to being a certified appraisal company, we specialize in a variety concrete work and steel frame construction. We pride ourselves on the quality of our work as well as our commitment to outstanding results. Call us today!

The two men came by the next day and dropped off .the fencing materials.  They came by several days later, said their men had failed to show for work and started digging holes. for the fence posts.  The fence was completed a week later.  Granted there was rain, but it should not have taken that long to complete the job.  When it came to bending the pipe for the top rail of the fence, they crimped ...

DESCRIPTION OF WORK
Installed a 4 foot high, 94 foot long chain link fence with 8 foot long privacy fence with gate facing the street. The owner came out with 2 men to give a quote.  he seemed personable and informed.  He requested 1/2 down for materials which I paid.  He informed me That the work should be completed in 2 days.

New fence installed timely and high quality last fall (2012); however, pre-paid cost for provider to stain fence and they never returned.  We contacted them multiple times over a course of 6+ months before the fence was finally stained on 8/18/13.  Disappointed that initial work was completed so timely, but then we were out money paid for staining that never would've occurred had we not been persi...

They’ve been in business for decades. They were very reasonable. We told them what we wanted. Everything we asked for, they gave it to us. They weren’t always able to get here when they said they would be here but other than that, no issues. We had to stay on them a little bit to get them over here. I think the reason why is that they just have a lot of work going on. I would use them again. They ...

DESCRIPTION OF WORK
I used HH Fence to install fence for us.

I needed some screws on my fence fixed that were messed broken. I did proceed to call them numerous times to get someone out to fix it. They were very unresponsive. I was not very happy.

The fence was completed as agreed, however, if I hadn't been on top of what they were doing, they would have set the fence posts off square a considerable amount on the back corner. I thought it odd that such a rookie mistake could be made by "professionals". Looking back, I believe they were trying to save on labor and material, thinking this wouldn't be noticed. The deck and  new staircase was b...

In response to the customers comments about the fence installed it was installed on her property per her instructions. Side fences were put exactly where the customer showed property pins. Back fence was installed inside her property by a good distance due to trees in the way and customer did not want to cut any down even though she had us cut 1 down at no charge and remove broken tree top out of ...