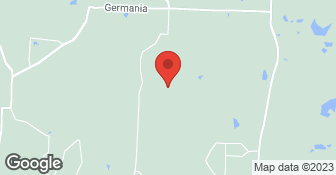 Home Repair & Improvement “No job too big or too small”...

Picked up parts at lowes..was there on time ,,finished in 30 mins! Awesome job!

Description of Work
Natural gas had a leak in line! Replaced line,,capped off all non used fittings,,pressure tested ,,was passed by city inspector!

They replaced my hot water heater.

Description of Work
My 3rd time to hire them. Fast service.

He gave me an estimate on the work, showed me pictures, and described what caused the problem, told me what could be done, what he recommended be done. He was able to start on the project the same day and finished the same day before I came home from work. Everything is working great now and that relieves my mind immensely.

Description of Work
I had a plumbing stoppage under my home between kitchen and bathroom - pipes had to be dug out and replaced, toilet had to be taken out, line cleaned, new seals installed, and re-attached. The added plus was a line leak was found the next day and he came out on Saturday morning one hour after I contacted him, he fixed it free of charge.

Carl and his crew arrived on time. Job was completed quickly with great care and quality. Great communication. Perfect cleanup. Cost was very reasonable. I definitely will use this company in the future.

Description of Work
Water service line, from the main , was leaking.

Purchased water heater from Lowes//had it installed and running in less than an hour! Dug up my sewer line and found where previous plumbers had punched holes in the line and dirt had run inside and plugged the line! He cut off the broken section,replaced with PVC and installed making sure was flowing downhill! He removed old wall siding and rotted out wall studs,,replaced with new 2x4,s added plywood replacing the sheetrock and 1x4;s they used in building this frame house..replaced with new siding! He ran a pipe snake once and unplugged my sewer line qiuickly!

They did a good job.He was on time & very professional about it.

They were very nice and professional. Showed me exactly what the problem was, how it would be repaired, and came out on a Sunday to replace the sewer pipe within one afternoon.

Description of Work
Using a tractor, he dug up sewer pipe in front yard, cleaned out pipe of roots, repaired pipe line, and cleaned up afterward.

Thanks! We are always glad to help! Let us know if you need anything else Janet!

Commercial repair services is a company that provides for residential and commercial remodels, repairs, and maintenance services. We also do handyman jobs as well as turnkey remodels or restorations. Decks are one of our specialties as well as Room Addition and Carport/Garage conversions. Get in touch with us today for a free estimate on your project!  …

Licensed
All statements concerning insurance, licenses, and bonds are informational only, and are self-reported. Since insurance, licenses and bonds can expire and can be cancelled, homeowners should always check such information for themselves.To find more licensing information for your state, visit our Find Licensing Requirements page.
General Information
Free Estimates
Yes
Eco-Friendly Accreditations
No
Payment Options
Check
Senior Discount
5%
Warranties
Yes

no landscaping or trash hauling

Rock City Remodeling & Construction is currently rated 5 overall out of 5.

No, Rock City Remodeling & Construction does not offer eco-friendly accreditations.

Are there any services Rock City Remodeling & Construction does not offer?

no landscaping or trash hauling