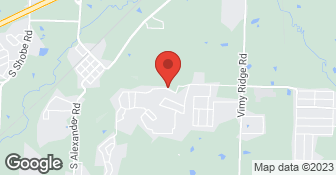 I'm a hands on builder/remodeler with 30 yrs. experience

Never returned call to give estimate of installing windows.

Description of Work
I contacted Mr. Curtis and he returned my call a week later. I understand personal problems so I let it slide. He said he would get back to me but never has. He seemed put off a little that I was only installing 10 very expensive windows. I kinda felt like he wasn't interested and so I never pursued his company. Usually its a bad idea when you have to run a contractor down to get them to do the work. It is usually a sign that it wouldn't turn out pretty. So when one doesn't return a call or follow up, I can take a sigh of relief because its an indication of their potential work!

Most of what this unreasonable woman stated is not true. When I initially contacted her, I stated that I was extremely busy & could not even look at any new jobs for a couple of weeks. She said this was ok, because the windows she ordered would not arrive for several weeks. She then mentioned that she measured & ordered the windows herself. This typically does not work out well. After hearing this, I was not real interested in pursuing the project. She asked me to call her again if I had time to give her an estimate, & I agreed. Well, I have not had time, yet it has only been a week since we last spoke. I was planning on calling her this week, but apparently it won't be necessary! I find it extremely disturbing that someone would try to harm someone's reputation like this over some miscommunication. (Most likely a blessing in disguise!)
5.0

We contacted the owner of the company, Frank Curtis, for an estimate. He arrived at exactly the agreed upon time and did a general review of the work to be done and took approximate measurements. Within a few days, he had provided a very reasonable cost estimate. After considering the installation price, we contacted him to ask that he do the work for us and made an appointment for more complete measurements. Again, he arrived at exactly the appointed time and quickly, efficiently measure every window in the house. He actually took one of the windows out to make sure the portion of the window that would not be replaced would accommodate the new window design. He reinstalled the window before leaving. Within a few days, we received a new estimate, this one lower than the first estimate. Then he worked directly with the window supplier to make sure the window specifications were exact and placed our order. Once the windows were delivered, he and his helper arrived to do the actual installation. They worked quickly and neatly. Any debris created during the process disappeared by the end of each day. It took two days to finish installing 21 windows. Half of them were on the second floor. The windows were installed in a log house, which presented many challenges owing to the fact that the openings were probably more and quot;out-ofand quot;squareand quot; than usual. He took great pains to seal any small spaces that resulted from a less than perfect fit. When we arranged to sell and deliver our old windows to an antique store, he lowered the price again by $200 since he did not have to take away the old windows. All in all, it couldn't have been a more perfect experience. He arrived on time, did excellent work and was helpful with all the details of ordering. The windows we chose were Marvin windows, but he installs windows from other manufacturers as well. I can't speak to his work as far as general renovations but can imagine the quality would be great since he appears to be quite a and quot;perfectionist.and quot; We made an excellent choice in using this company and would not hesitate to do so again or to recommend him to others.

Description of Work
We used this company to install replacement windows throughout our house...a total of 22 windows.

We are a full service deck and fence company. From design through installation we try to make the process easy on the customer. We build new ones and repair old ones.  …

Ted has been in construction for over 30 years. Starting out with countertops right after high school, he learned how to renovate a house from the inside out. A few years ago he turned his dream of remodeling and flipping houses into a reality that focuses on the long-term goals and satisfaction of his clients. On-time Completion We work with you to meet deadlines and coordinate with other related projects. We maintain open communication with you to keep you up to date on the status of your job. We do this to guarantee that the project is completed with the transparent scheduling. Great Service We combine our industry knowledge, the highest quality building supplies and equipment, and our dedication to deliver exceptional service to our clients. We will stay in touch, keeping you up to date on both the paperwork and renovation process. Permits Simplified Renovations and installation require paperwork and permits. As certified contractors, we know what papers need to be filed and what permits need to be obtained. Remodels and Renovations Still in love with your home, but feel like it's a little outdated? Need a more functional kitchen for the chef of the house? Let's talk about a remodel. Repair Expertise Every house needs some repairs at some point. From wood rot to storm damage, home repairs need to be handled in such a way that they do not cover up related problems.  …

Curtis Contracting, Inc. is currently rated 4.5 overall out of 5.

No, Curtis Contracting, Inc. does not offer a senior discount.

No, Curtis Contracting, Inc. does not offer warranties.