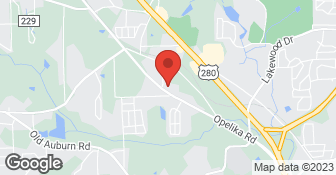 In May 2018 Nolin Fencing installed a 4-strand slick wire fence on my property, which was very expensive. I was out of town during the install. After about two months, I noticed that the wire was on the wrong side of the T-Posts (the outside). This fencing was for livestock. I contacted Mr. Nolin and informed him that the wire was on the wrong side and it started to break at the brackets all the way around the fence. He stated that he has always done a fence that way and suggested that I put some barbed wire in the middle. He came out in December 2018 and told me he would get back to me when he could come and fix the fencing and install the barbed wire. I have contacted his company SEVERAL times without any call back. My husband finally gets a hold of him in April 2020 and says he is booked out until July 2020 and he could do it then. I understand that we are dealing with a pandemic, and there are adjustments that must be made. But that does not explain why my phone calls are not being returned for the last two years! I then see him in person at the end of August 2020 and ask why he hasn’t contacted us back. He then states without an answer why, that he is booked through December 2020 and to contact the office. Well, we have called and emailed the office twice since August 25, 2020 and haven’t heard a word. So, I do not recommend that you use NOLIN FENCING because their work is not done correctly, and they WILL NOT FIX IT. And charge you an arm and a leg.

Description of Work
I was looking for a partial fence and significant decking. He came when scheduled and gave ma a HUGE estimate. Since I was looking at different levels, Mr. Nolin suggested breaking the job down into smaller bits that I could better budget for. Said he would give me a breakdown on cost. That was March 18th. It's now May 2nd and haven't heard anything.

Description of Work
Installed fencing around pool while I was not in area. Once I viewed install I asked to have gate open outward instead of inward for insurance reasons. Never received response.

Nolin did an excellent job! Their estimate was a little higher than some others, but I truly believe that you get what you pay for....and I did! The crews were prompt, professional and the quality of the work is exceptional! I've had problems with my privacy fence gates for years and I can honestly say that these are the best working, smoothing moving, well-supported wooden gates that I've ever seen. Highly recommended!

Description of Work
Installed privacy fence along front fence line and 5 foot chain link fence around the back and sides of property.

The contractor went above & beyond expectations. Very professional. After completion of the structure we decided to have them seal & stain the ramp, as well. Very easy to work with. Will refer them with no reservations.

Description of Work
Installed wood privacy fence, 6' high 60' long, including a 5' man gate and 12' vehicle gate. Gates are reinforced with steel tubes and include steel hardware. Quality yellowwood materials attached with screws throughout. Very sturdy and sound construction. The 5 man crew completed the job in one day.

They were absolutely great. They were right on time and did what they were supposed to do. They were back out and everything was fantastic. They are booked up ahead so plan carefully. They are really in demand.

Description of Work
I used Nolin Fence & Deck to replace a piece of the fence and two gates.

They showed up on time and completed the job in a timely manner. We did most of our communication over the phone which went pretty smooth. I was satisfied with the new fence they put in.

Description of Work
Nolans installed 99 feet of black chain link fencing and 100 feet of wood privacy fencing. This included two wooden walk gates. They installed a wooden fence of my design and we were very pleased with the work. We did need to have them make a few adjustments which they did willingly and promptyl. The only problem we encountered, which was more of an issue for my wife than for me, was how they finished the inside of the gates. They used tubular aluminum frames to hang the woodend fencing over and initially left the interior exposed. When my wife mentioned her displeasure Mr. Nolan was most gracious and fixed the issue promptly by installing fence boards on both sides of the gates. His workers were polite and courteous and showed up when they were supposed to.

They did a good job. I would recommend them. They had come back and redid something about the gate and the fence.

Description of Work
I used Nolin Fence & Deck Co for tearing down an old destroyed fence and completely replacing it. It was wooden fence which they replaced with a paddle type fence.

Very happy with the work completed.

Description of Work
They talked extensively with us during the estimate process to get a good understanding of just what we wanted. The Arrived when they said they would and completed the work in a timely and professional manor. When we pointed out changes that we felt were necessary to make the work more visually pleasing they were happy to comply with our wishes. All in all a very happy experience. They installed 100' of black chain link fencing, 110' of 6' high wood privacy fence with two gates.

We specialize in custom decks, porches, and patios! We guarantee your satisfaction, and we won’t leave until the job is done right. We pride ourselves on the quality work we provide, while delivering great customer service! Check out all the services we offer below and call -or- click to schedule a free estimate today!  …

Nolin Fence & Deck Co is currently rated 4.4 overall out of 5.

No, Nolin Fence & Deck Co does not offer eco-friendly accreditations.