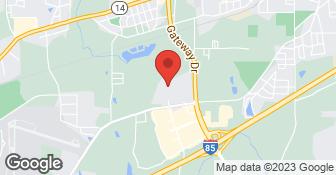 On time and fixed quickly

Great. A year ago another contractor told me I would have to spend a significant amount of money to re-route furnace duct work because of a fire hazard. I called K&W for a second opinion and they were able to correct the hazard for 10% of the cost of the original contractor. When I called this year to schedule a furnace check they responded promptly and professionally. In my opinion K&W does a great job at a fair price.

Description of Work
Furnace check up including sealing ducts

I requested an annual inspection/maintenance on my HVAC system. We arranged for someone to come on Friday, June 24, between 8:00 am and 12:00 noon. The quoted cost was $80 labor, plus parts/coolant. A few days after scheduling the appointment, I had to empty the drain pan in the attic, due to a backed-up condensation drain line (for condensation). Around 11:00 a.m. the day of the appointment, I called to verify their arrival time. No one knew anything about my appointment (apparently the office manager had been on vacation the week I made the appointment). They offered to come that afternoon; I declined due to another appointment. We rescheduled for Friday July 1. I got a call a few days later informing me that they should not have scheduled me for July 1, as the business would be closed for the holiday and everyone was headed to the Gulf for a fishing trip. I rescheduled for July 15 between 8:00 am and 12 noon. On July 15, they arrived within the appointment window. They performed an inspection of the interior unit (in the attic). They installed a union in the drain line, so I could "pour in some bleach" every once in a while to keep it from clogging. This was a definite improvement over trying to work the drain loose from the unit. They did not ask for authorization to install the union, but it only cost me $3.87, so... whatever. They informed me the return air line had not been properly installed. A plenum (an insulated metal box that helps mix the air and improve air flow) should have been installed between the line and the unit. I asked how much it would cost. They said I would have to call the office to find out. However, one of the techs indicated it would cost "around $50." They also said everything else looked fine in the interior of the house. Unfortunately, it was raining and they could not check the coolant levels due to the problems that could be caused by introducing water into the coolant system. They said the office would call to schedule another appointment to perform the outside inspection and to install the plenum. At this point I should note that everyone's behavior was very matter-of-fact about them going ahead and doing anything that they felt needed to be done. This is either a sales tactic, or they're just used to customers telling them to go ahead and do whatever they think needs to be done. About six or seven business days later I got a call from their office. We scheduled the follow-up appointment for July 29 between 8:00 am and 12 noon. They were evasive about the cost of the plenum, but did say it would cost about $50. On July 29, they arrived as scheduled. I asked them how much the installation would be and they said they didn't know. I told them I needed a firm quote before proceeding. They called the office and put me on the phone with some. She said it would be "about" $50 for the plenum, plus labor. I asked how much labor and she told me "about" $50. I reiterated the total cost would be $50 (plenum) + $50 (installation labor) + $80 (inspection labor). She confirmed the amounts as correct. I hung up and told the techs to go ahead and install the plenum, despite the additional $50 labor charge that was not mentioned until they arrived. They had a nice quality, prefab insulated metal plenum (smaller than I expected, but what do I know...?). They took their time and installed it properly (see photo). One person supervised while two others did most of the work. The techs were very personable and talkative. After the plenum was installed, they accessed the outside unit and attached their gauges to check the coolant levels. I did not expect any problems, since the system blows very cold air, and the coolant levels showed good. It did take about 20 minutes for the heat pump to cycle for testing, during which we stood around, chatted, and sweated a lot. When they left, I was fully satisfied with the work, if not the openness about the costs. On August 1, I received a bill with the following charges: plenum ($50), union ($3.87), 2 hours labor ($160). I called their office and asked how the labor charge for the plenum went from $50 to $80. I was informed that the office manager was out on vacation and that they would look into it and call me back. The assumption on their part is that I was billed one hour labor for each visit (their minimum charge). I finally got in contact with their office manager and she agreed to drop the invoice amount by $55, placing it below the original quote.

We had called due to our system freezing over and we were fearing that there was a leak of the coolant. We called early that morning before their hours of operation and was surprised to talk to a person and she was able to work and appointment in for that day. The tech was professional, inspected the units and the coolant levels and did not find anything. He did however, adjusted the de-icing timer which seemed to help.

Description of Work
Checked the system for any leaks.

Went beyond the norm and found an air leak which was affecting the accuracy of the thermostat. I needed them to fix it while I was not in town and they handled it over the phone with me. Perfect. Great job

Description of Work
I used K&W Heating &Air Co. 2 months ago and checked my heating system to make sure it was working properly.

They have always been very good. They are reliable, and their prices are always reasonable and competitive. They were nice about not charging us during their last visit.

Description of Work
We have used K&W Heating & Air Conditioning Co for our residential service for years. They took care of a circuit breaker beep switch for us during their last visit. We need a new furnace unit in our office building, so we will have them install it for us.

Semper Fi Heating and Air is a family-owned and operated business. After returning from two oversea tours as a Marine, owner Luke Kerby pursued and earned an A.A.S. in Heating Ventilation and Air Conditioning (HVAC) from Southern Union Community College. SemperFi offers complete HVAC servicing, installs, and insulation. We are known for our customer service. Whatever the job may be, we are "always faithful" and loyal to those we serve. Check out all the services we offer below and call -- or-- click to schedule a free estimate today!  …

Energy Savers is a member in good standing of the Chamber of Commerce, ACCA, CAAG. We are BPI certified and most of our technicians are NATE and EPA certified. We offer 24 hour emergency service for Priority Service Plan customers. We have 48 team members and 25 trucks serving the Columbus, Phenix City, Opelika and Auburn communities. Additional phone - (334) 298-2012, (334) 749-9300.  …

HVAC - normal working hours are 8-5; however, we do provide emergency services 24/7/ Do not send messages, calls only! ANGI members would get a great discount !!!!  …

No, K & W HEATING & AIR COND does not offer a senior discount.

No, K & W HEATING & AIR COND does not offer warranties.

Are there any services K & W HEATING & AIR COND does not offer?