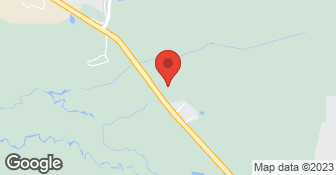 Whether your needs are commercial or residential; small or large; disaster related or a remodel; we proudly offer all of these services in Montgomery, Alabama and all the surrounding areas. Recon Builders is the company to turn to when disaster strikes or just when you need a reliable and exceedingly skilled team to remodel or repair parts of your home or business to improve your surroundings! For life's unexpected disasters or for any type of home repair. From minor repairs to large scale construction projects. From repairing damage due to flood or water damage to rebuilding after a fire destroys part or all of your home or business to repairing damage due to a break-in. Or simply because you want to update the look of your home or business, we are here for you. We gladly will work with your insurance company to make your burden lighter and quickly go to the site of damage to give you our free estimate!...

Here at First Source Electrical Company LLC we sustain our business on quality and integrity. We are experts in the electrical trade specializing in Panel Upgrades, Remodels, New Construction and Rewiring. We are committed to quality from the beginning to the end of your project.We will build a relationship that will last a lifetime after you see our quality work. As a locally owned and operated business we feel invested in our clients and constantly strive for customer satisfaction.Contact us today to schedule an estimate!  …

Our Services For many homeowners in central Alabama, roof maintenance is essential in sustaining the originality and charm of the property. At Homesouth Roofing, we go above and beyond to ensure that our customers receive dependable repairs at a competitive price. We take extreme pride in our craft, as demonstrated by our 5-year workmanship warranty. Let us handle your roof REPAIRS, PATCHING, or FULL REPLACEMENT.  …

I called and left a message with Recon and it was not until the next day a call was received by my mother. The arrival time was pushed back twice as scheduling must be difficult for this company. The technician whom I later found out was the "president" of the company, was an unpleasant person as he appeared not wanting to be there. He came out to give an estimate and did not arrive in a rain coat nor carried an umbrella which is extremely surprising given the torrential rain we were having from tropical storm Cindy. This person acted as though he did not want to be there and seemed afraid to get wet. He was unhappy it would seem that he had to drive as far as he did and certainly did not like the weather we were having. We have an 8'x20' enclosed trailer (workshop/office) that had a tree fall on it and will need to be replaced as well as the tree being removed. He asked who our insurance was with and the deductible, I told him that State Farm requested we call him and what our deductible was. He said that the replacement cost and tree removal would barely meet it, upon a small amount of research the replacement cost of the trailer alone is twice the deductible so I do not understand his reluctance. He made sure to mention that at his (contractor) price at Home Depot it was a stretch. I know that our cost vs his is vastly different and that is one way that he makes money. In retail there is a mark up and contractors have their own pricing in a similar fashion I believe. I also asked that he check the roof of both dwellings on the property. I had to mention the roofs twice(he was aware that the we wanted the roofs checked as my mother told the lady on the phone at their office), he was very reluctant to examine them or do anything it seemed to me although I did not know why. You see there was a nasty storm Sunday last and we needed the roofs checked. He asked if he could use one of our ladders which is very unprofessional and would open us up to liability. I would never ask a potential customer to use their tools and would have come prepared, it is unheard of to do such a thing. You would think that the "president" of the company could afford his own ladder? Well it turns out that he did have one but only "examined" one of the dwellings and then said both roofs were fine. He ran around the roof main house so quickly that I am surprised that he was able to make an accurate determination of its condition given the downpour. Upon his departure I was fuming over his unprofessional behavior and wrote Recon. I explained what had happened, his bad attitude and request to use our ladder. I was quickly met with an email expressing his displeasure and was told that we would have to take our claim elsewhere. I know that our job was not the loss of a home (very lucrative for them) but they could have made enough money for the "president" to get a nice new ladder and not the HSN type of folding ladder that he used (sorry for being snarky). He did mention that there were safety concerns climbing on the roof in the rain but I offered for him to come out another day when it was not raining but he declined. It also concerned me at how he was so worried given that this is what they do, their profession. I know that our job was not a big claim but I was just trying to get this taken care of for my 79 year old mother, widowed last October, 5 days after celebrating her 60th anniversary with my dad. He declined the job only after I complained to his company via email. He also took it upon himself to reply directly and make sure that I knew he was the "president." His customer service is lacking, he is unprofessional at best and given his status as "president" of the company this should not be the case. I would not use Recon if it were the only business in town nor would I ever refer them to anyone. *****Know that they did not perform any work but came out to give us an estimate so that we could file a claim with our insurance company to get the damages addressed. State Farm requested it be handled this way. Given the behavior of the "president" that came out (if he actually is the president, I do not know for sure), I would not have used them anyway. I know that this may seem petty but professionalism is key when dealing with a business, assuming that this was "the president" of the company, makes me even more concerned at their other business practices. Side note, we were referred to Recon via State Farm, I in no way hold them accountable for the behavior of Recon. I am simply trying to help my mother get this taken care of. I do hate having to review someone this way but I was a field service tech working on business equipment all over Alabama. I would drive 300 miles or more each day working 12-14 hours from time to time. I had to wear a suit and gave my customers the best customer service possible and I expect nothing less from others. I understand that people do not like having to work in inclement weather nor having to drive long distances (24.7 miles is not that far mind you) but this is his job and he should raise the bar.

We are sorry you felt this way. Our intentions are to always be professional and courteous and provide a quality service to our community. We inspect many roofs a day and have all the tools we need to do so. We did get on top of both roofs in the rain and inspected them with a Recon ladder at no charge. At the time of inspection, we did not see any hail or storm damage on your roofs. We gave you our opinion on the roof and left to put together insurance estimates for you. We stand by our professionalism at Recon Builders Inc. We continue to do quality work in our community and are referred by many clients, insurance agencies, and we have an A+ with the Better Business Bureau. Donnie Beams Recon Builders Inc www.recon-builders.com 334-281-8600