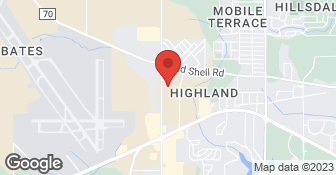 It's time to get my annual vehicle inspection for Uber and Lyft. Last year I paid $15 for each inspection, for a total of $30 at Paul's automotive. I remember calling around to different automotive shops and each shop and was quoted a price around $15. This morning I went to drop off the car and the inspection forms at Paul's Automotive . Paul took the forms and keys and handed me a form to feel out. I started to fill out the form, half way done with the form I decided to ask Paul how much was the charge. Paul said $79 plus tax. So Paul was going to overcharge by $50. I, understandably, was not happy about that, I then told my son, who was going to give me a ride back home, "let's go find another shop, this guy is trying to rape me with the price" I said it loud enough for him to hear it. So he screamed back at me, "you don't half to be an *******." I thought to myself, for $50 overcharge, being an ******* is perfectly warranted. Also, I will be getting a new engine in my son's pickup truck and I was going to use Paul's automotive, he just screwed himself out of a couple thousand bucks. They need to keep Paul away from the front desk, the girl's that usually run the desk was not there yet, I guess. So I went to Hillcrest Automotive and dropped off my car for a charge of $13.50 for each form. $27 plus tax. So who is the ******* Paul?!!! I will report him to the BBB as well for overcharging for a 10 minute vehicle inspection. by the way, my car is less than a year old, it literally would have taken less than 10 minutes to complete and fill out the forms. For this reason I give Paul's automotive a one star review! Even the dealership I called quoted $15 for the inspection. Pretty sad when the Dealership charges $50 less than Paul's Automotive! Consumer beware! Ask for a price before agreeing to have the work done. I almost was price raped!

Description of Work
Annual Vehicle inspection for Uber and Lyft

I always count on Paul's to provide superior service with integrity and honesty.

They really did an excellent job of finding a new engine, installing it, and changing all of the engine parts that would make for a dependable replacement. They didn't just put in the new motor, they replaced all belts, hoses, waterpump, etc. so that there would not be other associated problems.

Description of Work
Replaced the engine of a 1991 Cadillac Fleetwood.

We have taken our two cars to Paul's a number of times since finding favorable reviews on Angie's List. I like supporting a small business and they have always been much cheaper than the dealership for similar work. We were pleased with the work that was done the past two or three times we have taken our cars in. They are usually very good about returning phone calls, making estimates in a timely way, and letting you know the least expensive way to get things done. They pride themselves on being better than the dealership. This time, we were less pleased about the responsiveness/punctuality and professionalism of the company. It took five days for them to look at the car, diagnose the problem, order the parts (got the wrong parts once, said it was the dealership's fault), and complete the repairs. It is always tough to be without a vehicle for that long. When my husband and I picked the car up, we got about 15 minutes of explanation of why it wasn't their fault (it was the dealership's fault), multiple stories about how bad the dealership is, and then a political rant about how business has been so bad since the election because of Obamacare. We just wanted to get our car and get to work, and did not find any of this relevant to the work that was done on our vehicle, especially since we were paying them almost $1000 at the time. I do feel somewhat limited in our choices between Paul's and the dealership because not many people in Mobile will work on European cars, so we will probably continue taking it to Paul's, but this experience really did irk me. The repairs seemed to have taken care of the problem, however.

Description of Work
Check engine light was diagnosed - turned out to be a coolant fan that needed to be replaced, as well as the plastic bolts that hold it in.

In spite off the 20 minute drive to this garage, I decided, because of the excellent ratings on Angie's List, to have them repair my daughter' broken turn signal. I called on Thursday to make sure they would have time to look at it on Friday. I was told, and quot;sure, bring it inand quot;. Knowing that electrical problems can be tough to diagnose, I made arrangements to bring the car 1st thing Friday morning and leave it all day. I arrived at 8:15 am and noticed that they were very busy, but again I was assured they would be able to get to it and would call me with an estimate. 5 1/2 hours later, when I had not received a call, I called them. The lady answers the phone, and quot;hello?and quot;. That drives me crazy when phoning a business, because you think you have the wrong number, and have to ask if you are speaking with Pauls Automotive. It is so unprofessional. Anyway, she had me hold while she checked and came back to tell me that my car was and quot;next in line to be looked atand quot;.. It was now almost 2 pm and they close at 5:30! She said that they were very busy and would call me later. I asked her why did she tell me yesterday that they could do it today if they were that busy. She said, and quot;they are going to get to itand quot;. At 5 pm when I had heard NOTHING all day, I drove the 20 minutes to the garage to pick up the car, repaired or not. We cannot go 6 days without a car and the next day I could come when they are open is next Wednesday. I walked in and everyone was gathered around the desk complaining what a rough 3 days they had had and how much money was made. Again I reminded them that I had asked yesterday if they could look at it today. The owner (I didn't ask his name but he was very much in charge) looked right at me and said and quot;we did look at it, just now and this is what is wrong.... I expressed my frustration that I had brought in in early and left it all day so that it could be REPAIRED, not just diagnosed. He then asked one of the actual workers if he would be willing to do the repair on Saturday (tomorrow) when they are normally closed, since he would be there anyway working on the owners personal cars. The mechanic said he would do it, and would call me tomorrow afternoon when it was finished. I insisted on getting a contact number so I can also contact them if need be. He wanted to give me the office number but when I asked if he was going to be answering the office phone, he said and quot;noand quot; and decided to give me another number to call. The whole thing just seemed so unprofessional. Not at all what I was expecting from the reading the previous reviews. I am wondering if these are new owners or something. The website that is noted on Angie's List is not the correct one. It lists different business hours than what they actually have and there is another website for this Paul's Automotive. I will update this review after the work is done (or not) tomorrow.

Description of Work
None. Asked for evaluation of problem. UPDATE: Work was done the next day as promised. Estimate: $200., Actual cost after 10% discount $223.87, due to extra parts needed to complete repair.

Estimates were given before work as requested, then we were called with the estimate after the inspection of problem and then even call to say it was NOT going to be as much as anticipated. Now that is honest. Work was done in a very timely manner and fair price. Nice people in office to work with also.

We well and the work is always guaranteed. Great folks to work with.

Description of Work
Had to get new brakes and a few other small issues.

Proprietor is working on getting parts for a vintage automobile. Work has not yet been completed. I am very satisfied with his efforts to date.

Description of Work
Proprietor is working on getting parts for a vintage automobile. Work has not yet been completed. I am very satisfied with his efforts to date.

They are courteous, thorough, and up front about pricing. They do take their time if the problem requires it. I was very satisfied.

Description of Work
I had a major tune-up, and some A/C work done (main blower motor) on a '91 Cadillac Fleetwood that had been sitting up for years.

Estimate from the dealer to replace the same was $1,000. I found a remanufactured assembly from a reputable firm in FL. dropped it with my Prius at Paul's and 5 hours later he charged me only $300 - less than a third of what the dealer wanted! These are first-rate technicians and a pleasure to deal with. Paul will tell you up front if there might be a problem. I highly recommend them.

Description of Work
Installed a rack and pinion assembly then aligned the front end.

I have been taking my car there for 2 1/2 years and I am very satisfied with service.

Description of Work
They maintenance.

Adkinson's Pure Services Station can assist you with all your automotive needs. Call Us Today!  …

we do all repairs except tire sales and repair

Paul's Automotive Inc is currently rated 4.4 overall out of 5.

No, Paul's Automotive Inc does not offer free project estimates.

No, Paul's Automotive Inc does not offer eco-friendly accreditations.

Are there any services Paul's Automotive Inc does not offer?

we do all repairs except tire sales and repair