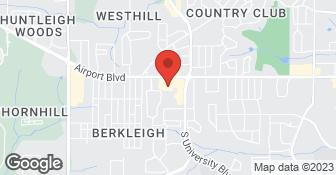 Computer, Laptop, Printer sales and service. In-shop repair for businesses and personal use. We also offer On-Site repair for Mobile and Baldwin County....

My desktop computer stopped working on Monday evening. My husband took it to Old Blue the next morning, and they called that afternoon to let us know that the hard drive would need to be replaced and that it could be Friday or the following Monday before it was ready. However, the following day, they called to tell us that that the computer was ready to be picked up. They had not only replaced the hard drive but had restored 100% of my data.

Great! They were so helpful and kind. Took one day to remove malware and add security software. They charged a very reasonable fee. Quick and fast. Will definitely refer then and use them again!!

Description of Work
Computer was slow and needed "cleaning up" and check out.

Description of Work
Tried to repair stuck power key. Could not. No charge for diagnosis. |Quick return

I called because I had a CD stuck in my computer. I was told how to remove it and that worked fine.

As always, Olde Blue was helpful, professional and reasonably priced. I have used this company for over 10 years and have never been disappointed.

Description of Work
Cleaned the hard drive of an old computer and updated it.

The computer was left on so the noise could be heard. The computer didn't make the noise, and the drive was checked out. Even though no problems were detected, I appreciate the fact that Olde Blue didn't try to make a repair that wasn't necessary. Diana was very friendly and professional. I will definitely use this business again if necessary.

Description of Work
I needed my computer checked out due to a noise I'd heard several months ago. I also wanted the DVD drive checked.

NO STORY-- He came , did what he does best and left me and my equiptment in much better shape. It is now a pleasure to turn on my desk top--

Description of Work
The young mans name was Brent, he did a very quick and efficient job of erasing the sins of my desk top and lap top- as in life everything works better now--

When I first called Olde Blue Computers, Diane, who answered the phone, was extremely helpful and courteous over the phone, and also when we dropped off the printer and my IMac. They were able to repair my printer that I was told by someone else I would need to buy a new printer. It is now working great! The IMac was worked on and somewhat improved, however, I just need to get another one soon. The cost of replacing everything that needs to be, is almost the cost of a new one...Bubba, who does the repairs, was very informative regarding what is going on with my IMac. If he sold them, I would not hesitate to buy one from him. He is honest and reliable. He never once acted like I was "taking his time up", but was very thorough and patient discussing the computer and printer problems, unlike other dealers I used previously. The work was done quickly, and I feel the cost was very reasonable... I have had my IMac taken to someone else who did the same "clean up" and they charged me $125.00 Olde Blue charged a total of $97.50 for cleaning up the IMac and repairing the printer. I was very pleasantly surprised when they told me what it cost. I would highly recommend this company to anyone needing office equipment repaired! Sincerely, Joni Singleton

Description of Work
Repaired HP Officejet 6500 which couldn't even run paper without a jam. Cleaned up IMac that was extremely slow and crashes a lot!

The company was founded back in 1993, and it has an excellent reputation.

Palafox Computers is your local computer store that specializes in Mac and OS X. We sell and service Mac computers, mobile devices (iPhones, iPads) and accessories, repair PC products, including tablets. We are the only computer store in the downtown Pensacola area that sells refurbished Apple Computers and with a vast knowledge of the Apple OS X operating system and components, we are able to troubleshoot, diagnose any issue you are likely to encounter, including blank screens, missing data, lost passwords and spinning wheels and either repair it or make an informed recommendation. Not only do we help with personal computer problems, we also can take care of your home or business network and infrastructure. To schedule an appt. click the contact link or give us a call.  …

Insured
All statements concerning insurance, licenses, and bonds are informational only, and are self-reported. Since insurance, licenses and bonds can expire and can be cancelled, homeowners should always check such information for themselves.To find more licensing information for your state, visit our Find Licensing Requirements page.
General Information
Free Estimates
No
Eco-Friendly Accreditations
Yes
Payment Options
Check, Visa, MasterCard, Discover
Senior Discount
NO
Warranties
No

OLDE BLUE COMPUTER SVC is currently rated 5 overall out of 5.

No, OLDE BLUE COMPUTER SVC does not offer a senior discount.

No, OLDE BLUE COMPUTER SVC does not offer warranties.