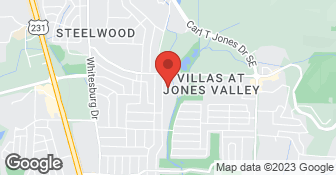 Specializing in electrical contracting! We always guarantee your satisfaction and won’t leave until the job is done right. We take pride in ourselves and on the quality work we provide, while always delivering great customer service! Check out our services offered, then call --or-- click to schedule a free estimate today!  …

Covid-19- We’re still handling HVAC, plumbing, and electrical needs, while following the CDC guidelines. Servicing Middle Tennessee, North Alabama, and Southern Kentucky 24 hours a day, 7 days a week. Whether you’re working from home, teaching the kids, or simply maintaining a healthy social distance, Lee Company is here for you – just as we have been for more than 75 years. Rest assured, we’re taking all the steps necessary to protect you and our employees. If it’s on the “to do” list for your home, we get it done. In the midst of a busy world, your home should be a sanctuary. With Lee Company on the job, you have more time to enjoy your home – and your life. Lee Company keeps your home comfortable, safe, and looking good. Our team, from licensed tradesmen to professional handymen, handles all kinds of home services: heating and air conditioning, plumbing, electrical, windows, appliance repair, home security, and more. You name it; we do it. Lee Company has proudly served customers since 1944. Our team is recognized as a Top Workplace by The Tennessean, an Angie's List Super Service award winner since 2008, and an Ethics in Commerce winner by the Better Business Bureau.  …

BEWARE...Bob Harris is high drama! How is this man still in business? Do yourself a favor and choose someone else. He lacks any kind of favorable work ethic. Arrived at job site intoxicated or hung over putting himself and us at risk. He is lazy, he is a liar, full of excuses, and mostly a no-show. Such a lack of communication on his part too. We were constantly having to call/text him to find out when he would be back to job site. Time after time we heard "we're on our way", only to never show up. He is NOT a man of his word. Why would anyone (Mayer Electric, Huntsville) recommend him? We are 7 weeks into a job that should have taken 2 weeks or less. He LITERALLY doesn't lift a finger to do any work! His son and sometimes brother perform all labor. We even caught him sleeping in his truck. He pressured us to get fixtures to install and the fixtures remained untouched for weeks - many are still uninstalled. When they did show up to work, it was 2-3pm and they would only stay a couple of hours. He doesn't hesitate to ask for draws though - that is the one thing you can count on him to do! He came in swim trunks and flip flops with no shirt like he was going to the beach and when he arrived in shorts and flops a second time, we had to tell him it was a job site and not to come back that way again. Again, putting himself and us at risk. Very unprofessional! We finally amended our "verbal" contract giving them 4 days to complete the job. He and his son left (supposedly to change Bob's clothes) stating they would be back that afternoon and haven't returned to complete our job since... Now he ignores ALL phone calls and texts from us. If you do make the mistake of hiring this man, recommend you get a signed detailed scope of work in writing and limit the amount of money you give him because you may never see him again. He cannot be trusted to honor a verbal contract. We have paid for far more labor and materials than we have received... Expensive lesson learned. Now we have to hire a reputable electrician to complete work we have already paid for. We wish we had never met him! Will definitely be filing a complaint with the State of Alabama Electrical Board.

He came recommended by our heat and air guy; i called and within a day he called back and came over to give me an estimate. that next day he came over with two helpers and fixed all my problems. he was on the job and ran to get supplies, the two helpers stayed the entire time. all were very professional, explained things as they went, showed me how to use the generator breaker. Bob Harris is a master, certified electrician.