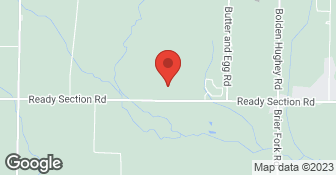 We own a home-based business and rely heavily on our computers operating appropriately. We initially hired Eric a couple of years ago to service our computers when he was offering a Big Deal on Angie's List. He did not show up for our initial meeting. After trying to contact him several times, he finally responded and said that he had been on vacation and his schedule got messed up. We gave him the benefit of the doubt and agreed to have him look at our computers that needed serviced. He fixed the problems we were having. We thought at the time that he did a good job, so we agreed to retain him on a service contract and pay his monthly fee of $20. The fee was automatically charged to our credit card each month, and whenever we had issues with our computers, we would contact Eric to service them. Eric did fix the problems, HOWEVER, NEVER DID ERIC RESPOND WITHOUT US HAVING TO CONTACT HIM REPEATEDLY. His lack of response became quite frustrating over the years, and we would discuss our frustrations with him. Eric always told us that he would try to work harder to respond in a more timely manner, but never really improved much. A few weeks ago we were having issues with our computers, and we tried repeatedly contacting Eric via text messages, phone calls and voice mails. HE NEVER RESPONDED. HE APPARENTLY HAS LEFT US HIGH AND DRY WITHOUT ANY KIND OF NOTIFICATION. Eric had the skills to service our computers, but he lacked consideration and respect for us as his customers. We found him to be unreliable and unprofessional due to his lack of response. We would never recommend Eric or his company to anyone.

Eric picked up the computer last week and we haven't heard from him since. He won't answer his phone and his voicemail hasn't even been setup to leave a message. Finally finished the job more than a week late, He called and said he would be here tomorrow did not show up until the next day. If you don't care when you get your stuff back call him.

Took several attempts to contact and then two more to arrange a time for work to be done. I see little difference in my PC's performance.

Description of Work
Computer clean up

I purchased Bama Computer Repair to do a remote service on my desktop computer. but after 30 days they never contacted me nor did they reply back to my attempts to contact them. Thankfully Angies List is refunding me my money even though its well over 30 days since I made the purchase.

Description of Work
Computer service for my desktop.

They weren’t reliable in returning calls or anything like that. When I reached out to Eric, I guess his name is up there; he called me back on 2 occasions and I never heard from him. That was sort of second time or the third time that had occurred, meaning that he says, “I’ll call you back”, and I never hear from him. It happened 3 times. I think he’s a little spacey. It’s not like he’s totally irresponsible. It’s just that I think he says things and then maybe an hour later, he forgets he said them. I will not use them again. It’s not a function necessarily of him.

Description of Work
There was some glitch in our computer that I needed to have looked at.

Description of Work
I needed to correct a Windows freeze.

seems to run better now except for one software game He left a contact , which I used, but never heard back.

Description of Work
Did a removal of malware and viruses, clean up of computer. He got tied up so could not make the original scheduled time. The process took almost the entire day, starting at 10:30 til 5:30pm

I did that but I don't think it improved performance any. Maybe I'm just under a curse, I don't know.

Description of Work
It was a special.

They got right on it. It took longer than expected, but my laptop runs like it did when I first purchased it. I couldn't be more pleased; with the improvement of my laptop & the customer service! I highly recommend them to anyone needing a tune up!

Description of Work
My laptop had recently been running extremely slow, always had a lot of pop-ups, internet explorer would stop abruptly and close, as well as all other programs I attempted to use. I use my laptop mainly for school and the amount of time I spent trying to get my laptop going took more time than actual assignments.

Description of Work
Had my laptop clean out of viruses, spam etc.

Bama Computer Repair is currently rated 4.6 overall out of 5.

No, Bama Computer Repair does not offer a senior discount.

Are there any services Bama Computer Repair does not offer?