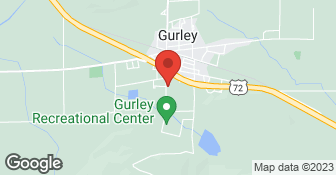 They did a wonderful job!! Very dependable, considerate, and respectful! I highly recommend!

I could not recommend Don and Patty more. It is very difficult to find people like this who perform at this level of quality, you trust them like family, and you can always count on them. Highly recommend.

The ceiling is lovely. Carpenters and a tile installer actually commented on the excellent quality of the work. Donald and Patty have never let me down on the quality of their work.

Outstanding. Donald is a first rate painter. He is neat, efficient and always reliable. He stands behind his work and has sustained the excellent professional reputation he is known for. He completed several jobs for us. We recommend him without reservation.

We've hired them a couple of times and both times they've done fantastic work and at a great price. Highly recommend.

Donald and Patty did and absolutely outstanding job. No mess, quality finish and timely performance. I plan to hire them again.

Don & Patty were very professional and did a wonderful job on all aspects. We are looking forward to them returning to do the other half of the house in the near future.

Description of Work
Paint all walls and trim in half the house. Remove popcorn ceilings and paint them. Refinish, paint all kitchen cabinets.

They were professional, did an excellent job, and good people. I highly recommend them.

They are the best. They are always professional and have always done a great job. They have been doing work for us for 10-15 yrs. They also always clean up after themselves.

Description of Work
They painted our guest room, closet and bookshelf.

They showed up on time, were very professional and did a great job. They cleaned up afterwards and made sure we were happy with their work which was impeccable. We have used them 2 times and both projects exceeded our expectations.

They did an excellent job, were very nice and polite, provided good practical advice on paint decisions, and adjusted to our needs without issue. They are very conscientious and take pride in doing a good job. They will be our first choice for any other painting job we may have.

This is the third time we hired Donald Bradford Painting and Repair. They did a superb job painting our foyer area and repairing damaged drywall and trim. As with previous jobs they did for us they arrived on time, were professional and cleaned up after they were finished. They did a wonderful job and we could not tell where the damage had been. We highly recommend Donald Bradford Painting and Repair.

Donald Bradford Painting and Repair did an excellent job painting our side porch and shed door/columns. This is the second time we hired them to do work for us. They arrived on time, were professional and cleaned up after they were finished. We were very happy with the results and highly recommend Donald Bradford Painting.

Description of Work
Paint the side porch of our house and a shed door/columns.

Donald Bradford is a pleasure to work with. He does amazing work at an extremely fair price, is always on time, and is always both professional and friendly. We've hired him multiple times over the past several years and he's painted and stained just about every inch of our home that requires painting or staining. We would highly recommend him to anyone looking for a good painter in the Huntsville, AL area.

Description of Work
Miscellaneous interior painting including bathroom and garage.

The results were exceptional. They were professional and cleaned up every day. There was no mess. They were on time each day and finished project on time. Work was very high quality. I plan to use them in the future for all my painting needs. I would highly recommend them to anyone needing quality painting services.

Description of Work
Donald and Patty removed popcorn from ceilings and refinished with a smooth finish and painted.

Don and Patty did a superb job. Were on time with all their work and were totally honest and professional in everything they did to include a great cleanup of their work area each and every day.

Description of Work
Removed popcorn/textured ceilings from all rooms in the house.

He did great work! Showed up when he said he would job was done before we even got home. Other than paint on the wall she would never have known he was there :-) cleaned up after himself beautifully!

Description of Work
We needed painting done of our stairwell and hallway. It was up to the Second Story and we do not have the equipment to do it.

They came in on a Tuesday and finished on a Thursday. We had him patch a place in the drywall and he mudded and sanded it great. After he painted that section you couldn't tell where the patch was. There was no dust or residue in the room when he finished. During the 3 days he painted our 10 walls and he painted the baseboards and the tray ceiling in our bedroom. The rooms look so much better now. He was quick and professional, explaining steps if I asked questions. One room (bathroom) needed egg shell paint and it now looks great. I highly recommend him if you need some painting done in the interior of your home. He painted out neighbors wall 2 years ago and the wall still looks great. I'm working with him now to paint a new fence I put in several months ago.

Description of Work
We had Donald paint 4 rooms in our house. He did a great job. I furnished the paint, but he helped me purchase the right type.

Excellent. Donald and Patty his wife are very dependable and are craftsmen in their work. We have recommended them to several of our friends and they have been very pleased as well. We have used them 3 different times. The work is all over head and there was little if any mess at all. They removed the popcorn, repaired drywall ceiling and painted it. Highly recommend them.

This was a fabulous experience! They showed up when they said they would for the estimate and emailed me the price that evening. After reviewing the estimate, we accepted the price and were given an approximate start date. As the date approached they contacted me and said that they would be out the following week and that they estimated it would take five days to do the job. On the first day, I received a call letting me know that they were on the way. As soon as they showed up they reviewed my desires and began laying protective drop cloths right away. The first day the popcorn ceiling came down and they began to mud the wallboard that had been exposed. During the next two days work progressed and they were almost finished, offering to work on Saturday morning to finish. Instead of five days it took them three and a half. I had many people tell me that I wouldn't be happy with a smooth ceiling because the flaws would show, those people were wrong. My ceiling is VERY smooth and I am very pleased with it as the finish is as near perfect as you can get. All during this time I had expected to find sheet rock dust and have a mess. I was thrilled that after finishing each day they cleaned up and pulled the drop cloths aside, and at no time did I have any dust from their work. When they vacuumed the last day my house had less dust than when they began the work. I would recommend Donald Bradford to anyone looking to have painting and repairs done. I plan to call upon him again in the future.

Description of Work
Removed old popcorn ceiling and refinished with a smooth finish, in great room and hall. Painted ceilings and walls.

Donald was very prompt and courteous throughout the job. He always showed up within 15 minutes of when he stated and his workmanship was very neat and he always cleaned up after a day's work. He caulked, primed and painted six exterior metal doors with wood jambs. Additionally, he stained my front door and applied sealer; also priming and painting the jambs. I provided all the paint, Donald provided all caulking material and primer.

They were extremely professional and gave good value for the money. I had expected that taking off the popcorn ceiling paint would create a mess, but they take clean-up seriously and there were never any dust or paint particles left behind when they went home each night. They spent several days just prepping the ceilings and walls so that when they painted them, they were flawless. I liked the fact that the Bradfords do the work themselves and obviously take pride in it. The job took longer than I expected due to snow and ice, but I am completely satisfied and will definitely use them again.

Don and his wife did an excellent job of preparation and painting throughout the house. They were always prompt and always kept us informed during a couple ice and snow related delays. They gave us a prompt and accurate written estimate of our original request. As they proceeded, we added additional items, which they worked in nicely, again with written estimates on each addition. We were very pleased with their work, their work ethics, pleasant attitudes and trustworthiness. We will not hesitate to use them in the future and will recommend them to anyone asking for good painters.

Description of Work
Painted our kitchen, living room, hall, two bedrooms, one bath, new interior doors, all trim and replaced the popcorn ceiling with smooth finish in a small bathroom. The painting included the most extensive preparation I have experienced.

Went extremely well. Donald and his wife work together and do an excellent job. They showed up as promised, took good care to cover furniture, and did a very professional job. We're very pleased and plan to use Donald for future jobs.

Quality Pressure Washing offers quality work and competitive pricing on all your pressure washing needs. We offer free estimates on driveways, patios, decks, houses, vinyl fencing and much more. We have been in business since 2018 and pride ourselves on professional and friendly service.  …

My name is Timothy and I started pressure washing on weekends when I was in high school. Most of the work I did then was driveways. When I graduated (two years ago) I told my Dad I wanted to keep pressure washing. So he said "if your gonna do something then you need to do it right". He helped me build a professional rig on a 14 ft truck with the best of equipment and he helps me everyday with my business. Now I work on all kind of projects, from driveways to roofs, houses, fences, even whole shopping centers. I'm proud of what we do. Its nice meeting new people and seeing the look on their faces when we're done. We use modern high grade cleaning techniques, coupled with the best cleaning products and I can personally assure you we would never leave a job until we've earned a happy customer. Ask for Rapid Power Wash cause we do our work right. Thank You for considering us. Timothy  …

Donald Bradford Painting & Repair is currently rated 4.9 overall out of 5.

No, Donald Bradford Painting & Repair does not offer eco-friendly accreditations.

Are there any services Donald Bradford Painting & Repair does not offer?