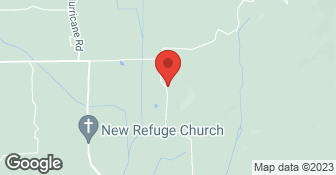 Owner-Operated. No Subs. Cost Is Determined By The Job. No Travel Charges. No Service Fee. Extra Charge Applies For After Hours Service....

With over 20+ years of professional experience, we are here to brighten your home inside and out, and to meet all your needs and dreams.  …

Taking care of your construction needs. We are a professional construction company founded in 2005 providing commercial and residential solutions. We have the experience and dedication to get the job done right! Specializing in flooring services; We guarantee your satisfaction, and we won't leave until the job is done right. We pride ourselves on the quality work we provide, while delivering great customer service! Call or click for your FREE estimate today!  …

I have used the Color Coat Company and its owner Henry Imans for all my and my Mother's painting needs since the early '90s. He never disappoints. He is a meticulous craftsman who takes the time to do quality work that you don't have to repaint for years. Compared to the quality of his work, his prices are a bargain!. Also Henry is a very honest, doesn't drink, smoke nor do drugs. In fact, he is the only service person I have given my house keys. You will be pleased with Color Coat for you next painting job!

Wonderful! He is fast and very thorough. His experience shows in the quality of his work!

Description of Work
We had many jobs covered by Henry. His depth of knowledge and professionalism were refreshing and greatly appreciated. He painted ceilings, walls, doors, garage doors, refinished our front french wooden doors, pressure washed our patio, driveway and walkways!!!

It was an excellent experience. I like their courtesy and promptness. I like the whole attitude when we called to inquire and their being respectful when we decided to go to another person. They were very professional.

Description of Work
Color Coat gave us a quote for their interior painting service.

Description of Work
Outside painting.

Owner showed up for the estimate. Seemed OK until he tried to talk me into additional services I had not asked for, i.e., he said all the trim should be painted to ensure it looked like a finish job, then went on to tell me (as he walked through my bedroom) that that trim in the bedroom didn't look very good. I told him I painted the walls and it looked fine to me. Before he left I told him I had a few other people coming over to give estimates and then he got an attitude and told me that if he knew that and if he know how small of a job this was, he would have never come over for an estimate. I told him I would never give someone a job without checking out other companies and that I had told him on the phone exactly what I wanted done, so he knew it was 3 bathrooms, remove wallpaper, and paint. He did give a decent price, but that was because he the went on to say he had been out of work since November. My thought was he would be out of work for much longer if he didn't get rid of the attitude. I never called him back.

Description of Work
Received an estimate on removing wall paper from 3 bathrooms and painting.

The job was performed well above my expectations and I would hire Color Coat to do additional painting.

Description of Work
We had considerable water damage to the interior of our home. Painting was required in two bedrooms, a hall, and the den. I enjoy painting and decided to paint all walls and trim in all areas with the exception of a very large set of French Doors off of the den. The door painting was exceptional and there was absolutely no mess. The painter was on time and painted the door in appoximately 5 hours on a Saturday with no extra charge for the weekend work. If the overall painting of the bedrooms and den hadn't been estimated to be more costly that what I wanted to pay, I would have had Color Coat perform all the painting.

We had some questions about the dining room paint job. He and his wife came by on Sunday. They agreed to delay a scheduled job and repaint the room on Monday. We were very pleased with the final look of the room. We would like to commend him for interrupting his Sunday to talk to us and agree to redo the room. We would certainly use him again.

Description of Work
My wife and I asked him to paint our kitchen ceiling and dining room. He arrived early Saturday morning and worked until the job was completed about 8pm that evening.

They are extremely easy to work with. The gentleman that did the work was pleasant to work with. He was very capable and did a very nice and clean job painting everything. Everything was painted very well. He also did a wonderful job cleaning up after himself and we didn't have to call him back to fix anything.

Description of Work
Color Coat came and painted our entire interior and exterior of our home. They also painted all of the trim and woodwork around some new windows I had installed.

I have been highly pleased with Henry's work. His is a perfectionist, NEVER drops paint nor is messy in any way. He has been painting for years and because of his experience, he can make suggestions on which paint would work best. That helps! I would ( and have) recommended him to many people, and although he may come in higher on his estimates, he is well worth every penny, and you get what you pay for with Henry. He is very honest, dependable, and is the only service person who gets a key to my house.

Description of Work
Henry has worked for me off and on for 18 years. He has painted my house both inside and out, and he is now painting my mother's house.