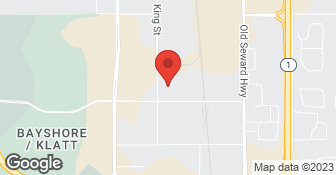 Description of Work
Excavated part of front lawn and paved with asphalt to enlarge driveway area. The work was performed on schedule and with minimal mess.

We had the most fantastic experience with Ron Webb paving. While other companies wouldn't even return our phone calls, Webb showed up the next day and provided us with a very competitive estimate. While other companies couldn't fit us into their schedule until the following year, Webb was able to squeeze us in and get it completed this fall. They arrived at the same time each morning with clear expectations of what was to be completed. All employees of Ron Webb were courteous and professional. I highly recommends he services of this local family owned and operated company.

Description of Work
Paved our driveway

We own a duplex and have a shared driveway with the owner of the 2nd duplex Our neighbor and us decided it was time to have our driveway re-paved. We obtained several quotes/proposals, of which Ron Webb's was the most professional. Our neighbor called to get a quote for her part of the driveway and a representative of Ron Webb showed up just 1 or 2 days later, took measurements, and printed proposals for both of us right then and there. Special incentive: if we would have both driveways done at the same time, each of us would save 150.00$ It was a no-brainer to accept the proposal, we signed and emailed on June 19, 2013 A week later I called Ron Webb to find out when they will be able to start the works. The office person said it will be done within the next 4 - 5 weeks. The next day they called us with surprising news : drive way will be paved on June 28, 2013 We are very pleased with the result. No more cracks or uneven spots. New driveway instantly increased curb appearance and hence, property value. The only and quot;glitchand quot; was when we received the invoice. It did not reflect the 150.00$ discount. We called and the matter was solved immediately, they agreed that we pay the reduced amount. I was going to settle right away by providing a credit card number over the phone, just to find out that credit card payment would involve a 25.00 fee .... Proposal did not state that there will be a fee for credit card payments which is 10.00$ per 1000.00$ Invoice value. That's why we rated 5 straight A's, instead of 6. But again : the works were done very well, in a timely manner and very professional. And our driveway does look great, thanks to Ron Webb and Team :)

Description of Work
Driveway overlay -cut out keys as required throughout driveway to make a smooth transmission for tie ins. -pre-level existing driveway with hot asphalt as required in low areas -install C.S.S. 1 asphalt emulsion to the entire area to be paved to adhere layers of asphalt -install 1.5" asphalt

I had a difficult drainage problem to solve. They were able to figure it out and provide me with a timely solution.

It went well while I was on vacation and has held up until this year.

Description of Work
Removed part of a driveway and replaced.

We are family owned and operated business. We specialize in Concrete and Masonry work. Ask about our decorative concrete, driveways, porches and patios. We also build retaining walls and do brick work.  …

At E&M DirtWorks we pride our company on industry leading customer service, reliability, efficiency, exceptional communication, integrity, & quality of work that is second to none. Not only are experts in our trade, we are also PLEASENT TO INTERACT WITH, & we do our best to keep you as informed as possible during your project. We look forward to earning your business!  …

Innovative & Practical Septic Solutions For South Central Alaska. With easy financing and thorough free consultations, we offer: * Septic & Sewer Design And Installation * Diagnostics, Repair & Replacement * COSA & Video Pipe/Sewer Inspections * Ground Water Remediation * Foundation Sealing, Excavating & Regrading Let’s face it…You should be confident in your septic solution. We pride ourselves on going the extra mile to ensure all of our work is done properly and is guaranteed to last. Whether it’s repair of an existing tank or the installation of a new Advantex system, gain peace of mind knowing your long-term septic needs are being managed by the most knowledgeable in the industry. Septic Solutions carries the certifications & in-house engineering team necessary to design & install all types of septic systems. If you are having issues with your septic system, need a new system installed, or require a real estate septic inspection, we are dedicated to ensuring that you know your options for the most cost-effective, practical and long-term solution. Schedule your complimentary consultation today. We’d love to talk about your options & make sure you’re getting the septic solution you need.  …

No, RON WEBB PAVING & SNOW REMOVAL does not offer a senior discount.

Are there any services RON WEBB PAVING & SNOW REMOVAL does not offer?