Locked Out? Avoid Locksmith Scams Before You Hire

What would you do if you found yourself locked out of your car or home without a spare key? Odds are, you pull out your smartphone, search for a term like "locksmith near me" or perhaps something specific and local like "locksmith NYC" or "locksmith Houston."

At the top of the search results, you discover a company with your city's name and an address listed not far away from your home. What luck! You call, thinking it's a local locksmith, and the person on the phone gives you a reasonable estimate.

Then the technician arrives in an unmarked vehicle, sometimes well after the swift arrival time promised over the phone. And once they complete the job, they present you with a bill for many times the quoted price and demand cash payment.

“At the mercy” of a locksmith

It may sound outrageous, but that's exactly what happened to Tigard, Oregon, member Patricia Newman when she locked herself out of her house last year. A cell phone with no charge forced Newman to call for help from a neighbor's house and she found Tigard Locksmith, in an online search.

“Because of the name, I figured it would be nearby,” Newman says, adding she later learned the company also goes by the name 24/7 Portland Locksmith. “In fact, it’s very unclear where they are. They’re in whatever city you put in your Google search.” 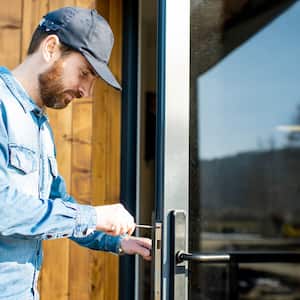 How to Find and Hire a Reliable Locksmith

Once you find a reliable locksmith, you’ll happily add them to your contacts list

Newman says the company’s website promised a $15 fee and arrival in 15 minutes. Instead, she says the technician arrived an hour later, “hammered” on two doors before finally getting one open, and then charged her $46 for "labor and tools" and $99 for "house lockout," for a grand total of $160.

Later, Newman says she found other locksmiths at the same phone number, making her suspicious, and when she called to complain, she says the manager hung up on her. “You’re at their mercy and they know you’re at their mercy,” she says.

Calls to Tigard Locksmith/24/7 Portland Locksmith for comments regarding Newman’s complaint were not returned.

In the largely, unregulated frontier of online advertising, companies use tried-and-true methods such as attaching "AAA" or “A1” to the front of their names, posting company names with specific cities or suburbs online to create the illusion of locality, or by appending a numeral, quote mark or other punctuation to the beginning of their name to get an edge in alphabetical listings.

And because most states and localities don't license locksmith companies, it's important for customers to find a reliable locksmith before they need one in an emergency.

Burt Kolker, owner of Sandy Springs Locksmith in Sandy Springs, Georgia, says his business has directly suffered as a result of scams that trade on his company's established 51-year-old name.

"If you search Google or Bing, you'll get dozens of locksmiths in Sandy Springs alone, and at any given time probably a half dozen are using my name," Kolker says. "I'd say 40 percent or more of my business gets diverted to those phonies.

“Some of those clients were people who had hired me in the past, then Googled 'Sandy Springs Locksmith' in an emergency and thought the first one on the list was me," he adds.

Kolker devotes himself to educating people about phony locksmiths and the tricks they use. "I've gone to check out their addresses and found empty lots, pool halls or the local bank," he says. 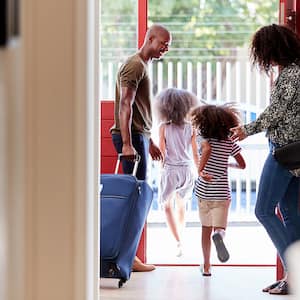 Double vs. Single Cylinder Deadbolt: Which Is Better for Your Home?