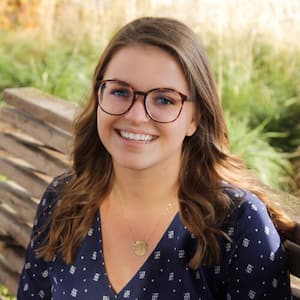 Let’s face it—certain household chores can’t be ignored. Whether you’ve had a long workday or a busy one with the kids, at some point, we all have to tackle the dirty dishes or walk the dog.

Since the outbreak of the COVID-19 pandemic, a 2020 report from Statista showed a whopping 41% increase in household cleaning in the U.S. If chores weren’t a priority beforehand, they certainly are now, with work, school, and living all done from home.

After learning those numbers, we were curious: How much time do people spend doing household chores? We surveyed 1,000 Americans ages 18 and over for their input.

Continue reading to learn more of what our survey revealed, as well as chore scheduling tips to help free up your time.

According to survey responses, four in five people said they spend at least two hours per week doing all of their household chores. After calculating the average life expectancy in America, that equates to people spending nearly one year of their entire lifetime on chores.

Where some people can get away with cleaning less than that, others take their chore time seriously. Based on the responses, 22% of people said they spend at least five hours a week doing their chores. This would be the equivalent of one extra hour of unpaid labor each weekday.

But what chores exactly are taking Americans so long to do?

After listing several of the most common household chores, we asked the 1,000 survey participants to share which chore takes the most time out of their schedule each week.

It turns out that washing clothes trumps all other household chores. Based on responses, 28% of Americans say that doing laundry takes the most time to do.

While the time spent can depend on how many people live in your household, it can also be the volume of separate wash loads. In this case, washing larger loads every other week can help save time, as opposed to small loads every day or week.

Despite the amount of time spent, many people actually enjoy doing household chores. When asked what they’d rather do instead of chores, 34% of survey respondents said they’d still do them simply because they enjoy it. For many individuals, cleaning is stress-relieving.

Of those who said they enjoy doing chores, the majority (38%) were men. But interestingly, based on responses, women spend more time doing the household chores.

While more men seem to enjoy chores, and spend less time on them, we found that men tend to gravitate toward taking out the trash and caring for pets—chores that don't relate specifically to cleaning.

Other studies conclude the same. According to a report by the Institute for Women’s Policy Research, women in the U.S. spend 37% more time on unpaid household and care work than men.

The study also reveals that even women who work full-time continue to carry the weight of household chores. Similarly, a U.S. Bureau of Labor Statistics report shows that almost 85% of women engage in household activities per day as opposed to 74% of men.

What can families do to close this gender gap in household chores? Consider developing a house cleaning checklist. Listing work that needs to be done around the house can help you to better delegate tasks within the household.

You can also create more than one checklist to organize chore frequency, such as daily versus monthly. This allows you to take inventory of necessities and schedule ahead.

Last but not least, our survey revealed that 84% of respondents who said they spend at least two hours per week doing household chores were homeowners, as opposed to 77% who aren't. While these numbers aren’t too big a difference, it does suggest that owning a home bears more responsibility.

A 2018 survey by Apartment List supports this. After calculating the differences in time spent per day between homeowners and renters, they found that renters spend much less time on household upkeep and more time sleeping.

Of those who don’t like doing chores, 33% of our survey respondents said they’d rather just watch a boring movie, nothing that involves working or running errands.

If you’re overwhelmed throughout the week, whether it be from family priorities or general home upkeep, hiring a local housekeeper may come in handy. Extra hands around the house, especially professionals who know how to declutter your home, can save you time on household chores and organize things in a manner that works for everyone.

Do you make time in your week to just relax? In addition to an occasional visit from a local cleaning service company, our top time-saving hacks are listed below to help you do just that.

This survey was conducted for Angi.com on YouGov Direct. A sample of 1,000 adults ages 18 and older were surveyed on October 7, 2021, between 4 p.m. and 6 p.m. Eastern time. The data weight is based on age, gender, and homeownership within the United States. The margin of error is approximately 3.1%.