Window salespeople lay it on thick, but you don’t have to bite

So, it’s time to replace your windows. That’s not always a bad thing. Energy-efficient windows lead to energy savings, but choosing the best replacement can feel overwhelming. There’s a lot to consider when before buying new widows, and pushy salespeople certainly don’t help. Unfortunately, window sales reps are known for being some of the most persistent.

Thankfully, a dishonest window salesperson is easy to spot. You can avoid a regrettable purchase or an actual window scam with these tips.

What to Do Before Getting Replacement Windows

One of the secrets your window salesperson doesn’t want you to know is that they get a larger commission for an immediate sale. They need you to sign today, or they’re out the extra commission. For this reason, the most popular window salesperson tricks play into your fear of missing out, also known as FOMO. They’ll quote an inflated price, but offer a big discount if you sign immediately. This could look like:

It’s best to just say no to FOMO. Take time to research prices from reputable local window replacement companies, and you’ll avoid overpaying. Saving 50% on a price that’s already inflated by 50% helps no one but your salesperson.

2. Don’t Speak to the Manager

Remember that there isn’t just one salesperson—there’s a whole sales team. With this common window salesperson trick, the salesperson will quote their potential customer an inflated price, give them a discount if they don’t bite, then bring in some backup. Once they call their manager, their prospect will get another so-called special discount that seems too good to be true—and that’s because it is. Any limited-time deal probably isn’t a deal at all.

3. Spouse at Work? One ‘Decision Maker’ Is All That’s Needed to Take Down Information

Have you ever had a salesperson knock on your door and ask if all the decision-makers in your house were present? It seems innocuous enough, but it’s actually one of the most common window salesperson tricks in the United States. Basically, the sales rep is trying to push an immediate sale, rather than allowing their prospect to mull it over with their spouse or household members in private. If they won’t allow a solo-consultation, they’re probably trying to pressure you into a bad deal.

That being said, there is strength in numbers. During your consultation, you probably do want more than one person present in the house—but it shouldn’t be a requirement. A reputable salesperson will have no problems giving you information and following up later.

4. Beware of the Bait and Switch

With this common tactic, a company will advertise a shockingly low replacement cost (like $199 or less)—but the window is either non-existent, not available, or the price doesn’t include the cost of removal, disposal, and installation. Just because it’s on a billboard doesn’t mean it’s true.

5. Be Proactive and Get Numerous Quotes

Being proactive is the best way to avoid being pressured by a pushy salesperson and overpaying for your window replacement. Make an appointment with at least three different window companies, and tell each salesperson that:

It won’t exactly stop a salesperson from aggressively trying to hawk an inferior product, but it will let them know that they probably can’t pull the wool over your eyes. If you set hard limits upfront, it’s easier to enforce them during the actual sales appointment. Plus, multiple quotes from multiple sales teams will help you understand the true cost of a window replacement -- rather than an inflated cost that will bolster their commission. 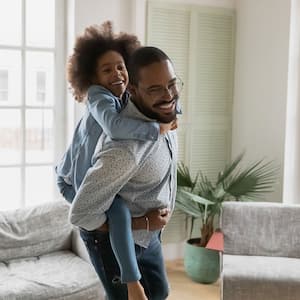 How Much Does It Cost to Install Triple Pane Windows?

The typical cost to install triple pane windows is between $300 and $2,740

6. Run Your Own Background Check

If you get a cold call, don’t immediately invite the window salesperson for an estimate. Instead, do some digging. Call customer service to verify that the salesperson is legitimate, then run your own internet investigation. To do this, you can: