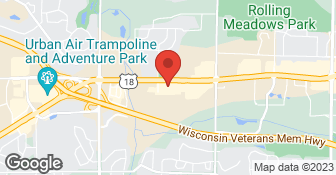 Local Expert Geek Squad Agents are here to install, set up, and repair your Appliance or TV. We repair most major Appliance and TV brands regardless of where they were purchased. Work is guaranteed for 90 days. We also offer a variety of computer & repair services. Check us out online, by phone, or at over 1,100 Best Buy stores.

In just one year, I have had 3 separate geek squad agents in my home. They are fairly technologically savvy, but they don't know everything. One agent actually changed some settings on my speakers which resulted in them not working while on DVD mode. I had to hire them again in order for them to fix the issue. The 3rd agent explained to me that I should not have been charged for the service the third time because my issues were the fault of the 2nd agent...which brings me to my biggest problem: Whenever an agent leaves you their business card, immediately ask them if they actually plan on responding to any of your follow up questions. Like I said, I've had three (3) agents in my home in the last year alone. Each one has handed me their business card and said for me to feel free and email them or call them with any follow up questions. All three agents NEVER REPLIED ONCE to a single voicemail message or email. Their goal, it seems, is to make you hire them again in order to get them back out...regardless of any warranty you have. They simply won't honor any warranty. My questions for these agents were so simple, too! But never a single reply to any of my voicemail messages or emails. Each agent received one email or voicemail over the last year asking them about a single, simple question. For example, I asked one agent if he could tell me how I calibrate the speakers. I saw him do it when he was at my home, and I was just curious if he could tell me which button he pushed on the remote. No replies!!! Oh, and here's something every homeowner should definitely be aware of: Make sure that if the agent ever takes out his cell phone that he doesn't take any pictures. One of the agents that came out to my house, Sean, brought with him a trainee named John. Sean and I were talking about some of the issues on my stereo when all of a sudden, out of the corner of my eye, I caught John behind me talking a picture with his cell phone of some art work I had hung on a wall. ARE YOU KIDDING ME?!? I'm not sure if the cell phone was even his because it had a leopard print casing over it, and I noticed him pull out a different cell phone from his pocket at one point. I don't think this kid realizes how much he just incriminated himself by taking that photo without my permission. If my house ever gets broken into, I'm having the police track that kid down! Oh, and their regional manager, Matt Radke is just some young kid who is a total grump. He won't even bother listening to your problems. His number one concern is just making sure that every customer pays again and again for any repeat services...REGARDLESS OF ANY WARRANTY YOU HAVE OR IF IT WAS ACTUALLY THE AGENT HIMSELF WHO CASUED A SEPARATE/NEW ISSUE!...Hence, the reason for my 3 agents in less than a year. Your better off just googling your issues and taking the time to trouble shoot yourself. There's so many help forums online now a days. Why risk having some young kid in your home who may just be there to "size" up your belongings. It seems like this business could run better if they had better management.

I am not happy because I am still facing issues with the audio, so I will probably find somebody from Angie's List to come and take a look at that. They did a good job, but they had to put the screen and adjusted the protector. Then they had to put the speaker, and they did all that, but the sound is still not high definition and I still don't get that theater effect. I missed that initially. I didn't call them during the initial period and now, if I call them after one year, they would charge me. The person was nice, but he didn't know enough about the job. They charged a little more. Their response was okay. They came on time.

Description of Work
I hired Best Buy to install the home theater system, which I bought myself.

My experience with them was good. We have used them before and we have always been happy. I would recommend them and use them again in the future.

Description of Work
I bought a printer from them.

The sales staff was extremely knowledgeable and able to answer all of my questions. They were educating me about computer purchases the entire time.

Description of Work
I purchased a new computer.

Best Buy performed this service over a weekend since the computer was needed on Monday. They completed the desired work but at a cost premium. There have been no subsequent signs of the virus since they completed the repair.

Description of Work
The Best Buy Geek Squad was contracted to provide laptop computer diagnostics and removal of a virus that was significantly slowing the machine down.

I GOT VERY GOOD SERVICE AND I FELT I GOT THE BEST DEAL.

IT'S A GOOD COMPANY BUT SALES PEOPLE WERE OVER ATTENTIVE.

Description of Work
THEY HELPED ME LOOK AT STEREOS AND STUFF.

THEY WEREN'T VERY GOOD ON THEIR REBATES.

Description of Work
A REFRIGERATOR

Description of Work
I PURCHASED A TV.

Description of Work
PURCHASED 3 AIR CONDITIONERS AND A DISHWASHER

Description of Work
I BOUGHT A TV.

Description of Work
I BOUGHT A WASHER DRYER AND REFRIGERATOR.

Description of Work
BOUGHT ITEM FROM THEM

Apex Audio/Video was founded on the principle that simplicity is paramount in every clients connected home. Over our many years of service we have provided the latest in TV installation, home theater, home automation, whole house audio, WiFi networking, video surveillance and new construction pre-wiring. Its not about buying the latest gadget. Its about finding the product that fits your lifestyle. We began working in this field because of our passion for audio/video, now it’s our turn to bring that passion home to you.  …

Hello there! I hope I can earn your business. Please see my website and Google business profile for Correct Cabling LLC to see more work samples and customer reviews. We bring a lot of value with the right knowledge, tools, and work ethic we bring to every project. I have cabled thousands of homes and would treat your home or business like my own. Thank you for your interest!  …

Geek Squad - Best Buy is currently rated 4.2 overall out of 5.

Are there any services Geek Squad - Best Buy does not offer?