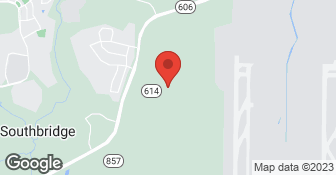 Thank you for your interest in Hydro-Tech Irrigation Company. Hydro-Tech has been in business for over 29 years with a customer base of more than 15,000 and increasing each day . We specialize in residential and commercial irrigations systems, as well as low voltage, outdoor lighting. Our mission is to provide a level of quality, commitment and customer service that will exceed your expectations. Our estimators have over 100 years combined experience and are certified through The Irrigation Association. We also have a Master Plumber and several Certified Backflow Testers on staff. We service the entire Metropolitan area with our main office based in Northern Virginia. Outline of Services: • Installation of new underground irrigation and lighting systems, backed with warranties on all parts and labor. • Renovations including additional zones added to existing irrigation systems. • Annual service contracts for winterization and spring start ups. • Yearly backflow testing/certifications. • We have a team of service technicians to repair, make adjustments and answer any questions or concerns you may have regarding your irrigation and or lighting system. At Hydro-Tech Irrigation Company, we can help you conserve water and save money by providing expert advice. Please contact us today....

In a word "Outstanding" company and people. I am a repeat Hydro-Tech Irrigation Company customer. We moved into a new residence in May 2020. The original irrigation system in the new house had many shortcomings. In September 2020 we hired Hydro-Tech to do a complete irrigation system renovation. The sales representative, Ron Apostolakis, who redesigned the system and coordinated the project, the 6-person crew who completed the work, and office staff were extremely conscientious, hard working, and helpful. We are very happy with the end result. Thank you for a job well done!

Work was done in one day. Very well done. Several days later the technician came out and walked me through the system and made some adjustments. Odd that I had to ask for this. Highly recommend they do this without asking. Will follow up as time goes by to detail the quality of the work. So far so good

They did an outstanding clean job! Chris was excellent

Great! Excellent work. The lawn is a standard process, so that went well. I have specific requirements to water my garden. They were very cooperative and they met all my requirements. They were professional, great work, fast, and easy to work with. I highly recommend them.

Description of Work
Irrigation for lawn and garden

Went fabulous. First scheduled day we got rained out, but the night before Chris let us know that due to the storm the Thursday planned installation would not be able to take place. This was scheduled as a 2-day job. He said we are going to try and knock it all out Friday. I thought to myself, I hope they do not try and cut corners! Friday morning around 7am 5 trucks pulled up with workers. They must have sent out multiple crews because there were like 20 guys all organized and ready to work. Chris came out at that time too and was coordinating a few things and set up the garage panel. He left to go to another job and the guys kept working. They were careful in my flower garden to move the dirt and mulch to the side on some material so they could place the pipping down and then recover it back up. All my plants were carefully stepped over and worked around. I had been worried about this based on negative experiences with contractors/workers in the past, but no issues here. The guys did finish around 5 on Friday and stayed around while I tested the system with another guy. Our neighbors across the street also got irrigation on the same day, but had not chosen Hydrotech. They went with Ronoco (not sure about spelling but close enough). So, watching their experience was so different from ours. We did have more irrigation installed, but it should not mean that the work level or effort is decreased for less. Ronoco sent 3 guys to our neighbors and we watched as they took their time, sat down, talked on the mobile, etc.. In contrast, our 20 something guys with Hydrotech never stopped working, never sat down, and never once looked like they rather be somewhere else. Moreover, our poor neighbors had to have Ronoco come back Saturday and Monday to finish their job- again, getting much less irrigation than we ordered. After our install an installer came out on Tuesday to recheck the system, ensure we understood how to use the app, etc.. He adjusted a few heads, but otherwise no issues. Later, I realized that we put bubblers that were the same size on my juvenile trees and my seedling trees. Hydro sent another tech out to replace some of the heads so that the juv. trees received enough water and the seedlings would not drown. They also left the other head sizes for when the seedlings grow. And today, I realized I want to add more bubblers so I can plant more trees (yes I am that person who keeps adding to things) and have communicated with Chris again who agreed to send someone else back out to add some more at no cost. To be clear, we have 3 acres, but did not irrigate the entire property. We irrigated around the home on the sides, front, and at the very rear where my trees are planted and along the fence line where I have some shrubs. This was not an easy front yard only job and I couldn't be happier. I went with Hydrotech after interviewing Creative, Ronoco, Affordable, and M&M (I feel like I am missing one more or two). I also did not go with Hydrotech immediately. I received an estimate from them first and continued to look. Then I compared prices with what was included and which materials they used. Then I went back to Hydrotech and asked him to come back out because we changed somethings and needed an updated quote. Chris and Mike were both patient and cooperative during my process. Hiring for a big job is like dating. And the companies that get tired of the effort required to win your business fall off the radar. Hydrotech is commitment worthy!

Excellent job by all. Ron Apostolakis met with us and walked our property to assess our needs and possible future needs for our landscaping. The install was done so professionally with difficult terrain. The crews were excellent and professional. Hydrawise is a game changer. The app allows us to check and change and stop or start the system anytime. Amazing! Highly recommend Hydro-Tech Irrigation.

The work exceeded our expectations. Technicians were very experienced, had all the required tools and equipment, including a small tractor that buried the pipes while doing minimal damage to the lawn. Work completed in two days at a very reasonable price.

Hydro Tech has put in 4 systems at different homes for me. They do a wonderful job each time. Their crew is efficient, knowlegable and detailed. I recommend them to anyone that needs a sprinkler system.

Chris Space was the point man for the installation and was prompt, courteous and extremely helpful. Our lawn had been saturated from the rains and there was some damage during installation which was taken care of with no hassle. The system is running perfectly and they were great in the setup and "how to" department.

Hydro-Tech does NOT install or service Fire Sprinklers