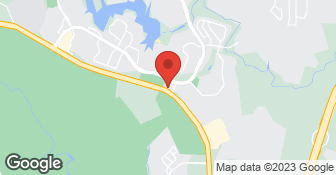 From the very beginning through completion the project was based on the effective and efficient performance of the company personnel. I was impressed with the customer service and the focus on quality of work.

Thank you Mr. [Member Name Removed], It was a pleasure doing business with you and hope to hear from you in the future.
5.0

Easy to schedule on web. Arrived on time and did an excellent job on cleaning roof. Very satisfied with job.

Thank you [Member Name Removed] for the kind words. We are so glad you are happy with the work. Enjoy your holidays and hope to hear from you in the future.
5.0

Thank you [Member Name Removed], it was a pleasure working with you. Enjoy your summer and stay safe.
5.0

Thank you [Member Name Removed], It was a pleasure working with you and hope to see you in the future.
5.0

Everything went fine. They did an excellent job. No complaints.

the roof solution killed all the plants surrounding our home in the yard. including my butterfly bush , clematis, and another bush ( spiruilana? .. little white flowers) planted around house especially near downspout. also sapined the driveway. Mike the owner said he would take photos of the labels on the chlorine bleach as well as detergent and send it to me. he never did it. he ignored my photos of many dead plants. he did not fulfill the basic safety assurance of our contract. the nice worker, Tom, did not collect the water from the downspouts as advertised and as mike told me.. my neighbors watching said they spilled the wash with chemicals all over. I feel obligated to warn you on Angie's list of these disappointing transgressions. buyer Beware!. It also killed my pepper plants in pots and herbs. the roor looks nice but I would not have opted for it at this sacrifice. further, it smelled funny outside now, like a herbicide not just bleach. mike promise dme but never sent a photos of the labels ingredients of all applications of chemicals used, including at the very least chlorine bleach like used in pool or laundry s used. bad choice! RESPONSE TO SERVICE PROVIDER'S RESPONSE 9/26/19: These plants are not sprouting as you stated on Angie's list. Plants don't sprout in the fall anyway, you know that. I sent you only some of the plants around the roof that the runoff wiped out. You misrepresented the facts publicly and ignored me privately. This shows a gross lack of integrity my neighbor who watched said what was sprayed on the roof was spilled into the yard and road. I note there is another review in Angie's that said you killed all the fish in her pond and the plants. At least you apologized to her

Description of Work
wash the roof of algae and mold, mildew, moss

[Member Name Removed], I do apologize for any issue you might have had but the pictures you sent me were of beautiful sprouting plants. The second set were of a dying plant that was not even next to the house. We did a roof washing and no plants would have been affected, all solution is sprayed on the roof. I apologize for not getting back to you on the ingredients but we have a family emergency happening and are of out the office most of the day. As I said on one of many calls if there is an issue we will take care of it. If you believe one of you plants were damaged by us we will take care of it. The work itself and the roof cleaning came out great as you said the only issue was the one plant?
5.0

Arrived a tad early (that's a good thing). Thomas and Kevin got right to work. Amazed me with all the moving parts necessary to set up and get started. Finished job very effectively and efficiently. House, shutters and deck look practically brand new. Matched the roof - which was brand new! This company has my highest recommendation because of what they did, how they did it - and - what they charged me - which included a 10% military discount. Semper Fi - Larry Adkinson

Description of Work
Great job ! No fuss - no muss.

Excellent. Did exactly what was quoted, showed up on time with a large crew and the results were exceptional. Very quick and professional. Threw in porch and sidewalk gratis.

Ease of communication, estimate and setting up date of work was done in less then 24 hours. The roof had algae stains and moss .Also had brick stoop, walkway and driveway cleaned of algae. They were professional, arrived on time. All looks fantastic. Would highly recommend this company for any outside house cleaning.