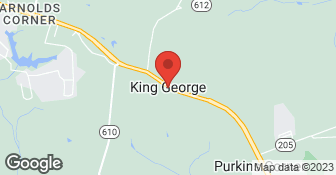 He did beautiful work. He is a one man operation from beginning to end. He sometimes has his son help him. I have been very happy with his work. He is very particular with his work, he is kind of a perfectionist, he is very skilled and takes pride an in what he does.

Description of Work
Jerry redid my basement. He totally gutted it and removed all the paneling and the drop ceiling. He framed and drywalled the entire area and expanded the area of the bathroom. They re tiled the bathroom. They put drywalled the ceiling and put in recessed lighting. He put up crown molding and put in new windowsills. He also took my double car carport and enclosed it into a garage.

HIVEX Basement Finishing Co. specializes in complete basement finishing. Finishing your basement is an excellent way to dramatically expand your living space as well as increase the value of your home. HIVEX specializes in transforming your home into its full potential and at a great value. With over 40 years of experience, company owner Dan Betts was voted a legend in the home improvement industry. In recognition of our quality craftsmanship and attention to detail, we have received numerous prestigious awards and honors. Our team of professionals is dedicated to uphold our reputation of professional workmanship, honesty, and integrity. Our basement finishing specialists take pride in transforming homeowners needs and dreams into reality!  …

Creative Concepts LLC is currently rated 3 overall out of 5.

No, Creative Concepts LLC does not offer eco-friendly accreditations.