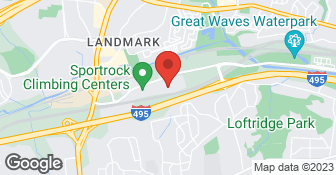 Heating and Air Conditioning company that can assist in all your indoor comfort needs. We service and install a wide range of HVAC equipment which includes but is not limited to basic applications as well as Geothermal, High Velocity and split systems. We can provide water heater, boilers and Heat Pumps. 10 Year warranties are available on our major equipment installations....

Cosmos Heating & Cooling, a family owned business and now Best Selling author on Amazon of the following self-help book: Insider Secrets Of The HVAC Experts. They have been servicing the Northern Virginia area since it was founded in 1986 by Constantis “Gus” Christofi. The one man operation thrived through unending dedication, commitment to quality, and honest hard work. For the past 7 years, with his son George at his side, the family-owned heritage continues to afford its customers with unmatched service, excellence and skilled quality work. We Are Licensed & Insured and Service All Unit Brands. Additional contact name - George Christofi. Award winning.  …

Nothing but positive comments. I am a long time customer because of the quality of service, knowledge of technicians, and their quick response. A-Advantage will stay with you until you're satisfied. I have been a satisfied customer since 1993 (25 years) and never had any reason to consider anyone else. They have replaced all three of my old FREON HVAC systems over time. This is the kind of company you always hope to find, if you're lucky. They always meet their appointments, call ahead when their on their way. Their prices are fair and competitive; they never up-sell! They clean up on the way out and will always go the extra mile with a few extras when it's called for. They are the best...give them a try!!

It was good. I have used them for a long time. What I like about them is that if they say they are going to be here at 10 o'clock they are here at 10 or they call me and tell me what time they are going to arrive. If I have an issue I call and they come right away and take care of it. They give me a lot of good advice. I have used them for a long time. In my opinion their recommendations have saved me a lot of money and they have done for a lot of stuff for me for free. When I did my sighting many years ago they came over and removed the air conditioners and didn't charge me for it and put them back in place. They have done some amazing stuff that they didn't have to do so I am with them for life.

Description of Work
They put a brand new air conditioner in for me last month.

It's a contract so I don't remember the cost.

Description of Work
I believe that we used A-Advantage. We are on a contract with them so they come out spring and fall.

It was very hot that day. Usually they are pretty good. The guy on the call wasn't the greatest. I've had them for 20 some years. Responsiveness was not good. Talked to owner and he wasn't very nice. They should hire more people for weekend emergencies. Provider was pretty bad. Had to call every hour on the hour and tell him we are about to die here. It was really hot. I think it was a Sunday. He didn't even call us back until around 11:00. They have an answering service and no one called back until around 11:30. I thought that was poor. Because we stayed home from where we were going to go that day. He didn't come until 7:00. I knew it might be late, but he could've told us. In the beginning he said he might not be able to come. We have a contract so he should. He did come. When I mentioned to owner, he said they were small and can only have one person on. I asked, but in July? They should double up and make people work more shifts. They probably all went on vacation after the 4th or something.

Description of Work
Have service agreement and the capacitor went out. We have a warranty. They came and replaced it.

What I do like about them is that they keep you informed if they are running behind, so that you can plan your day accordingly. I got my new unit installed about 4 years ago by this company. I have used them for service ever since, and would recommend them.

Description of Work
They serviced my AC unit.

Very responsive to the initial call. They said they would have a tech out between 2-4pm that afternoon. About an hour later, I got a call saying the tech was running ahead and could he come out sooner. I said yes, and took off work early with the agreement to meet at 1pm. That time came and went. I called at 1:15 to ask where the tech was, and was told he was on another call and would be headed to my house very soon. He didn't arrive until 2:20. He quickly diagnosed the problem as a bad capacitor, and he had a replacement on the truck. He told me it was an $80 repair. Great, I had him do it. Then he came in the house and checked the temperature from a random vent. The temperature difference was 14 degrees (versus the room temp), which he said wasn't a big enough difference and that I should have him add another pound of refrigerant for $130. I said no - a difference of 14 degrees is sufficient for operation, and when I checked the temp at the vent closest to the air handler it was 54 degree (about 20 degrees below the room temp). Then he wrote up a bill for $190 - apparently there was a $110 diagnostic charge that I wasn't told about prior to his arrival. Not happy about that. I understand why it exists, but I should have been told about this fee prior to his arrival (like 3 other providers that I spoke with that told me about the diagnostic charge up front). The system seems to be working properly, at least for now. I will update this review if that changes.

Description of Work
Our outdoor unit was running constantly, with a brief off/on every minute or so. The unit wasn't cooling very well, but the weather was mild and we have a secondary system, so it was difficult to tell.

Made repairs quickly - will see how they hold up over time

I contacted them when I first moved into this house in late 1990 and put my old furnace under contract, and I have had their services expanded now three times over; not just the furnace but for other things that all attach to heating and cooling and humidifying, for the past however many years that is - 27. I've been using them for quite a long time. I have searched others and went on Angie's List to do a search of others and actually had a couple out to the house, but always felt more comfortable - and I won't say better-treated necessarily - but more secure in my decision that A-Advantage was worth continuing with all these years. They did two projects very close together. One was installing what's known as a mini-split in an addition to the house, which is a heating and cooling unit designed to work in one particular space. It's a wall secured mount and is very common throughout the world with the exception of the U.S. and it's now becoming more common here than not. Interestingly enough, we're the only country that continues to use whole house central heating and air conditioning. That was the more major project, but the minor project done almost contemporaneously was installation of a whole house humidifying system, or humidifier. So they did those two things for me not too long ago. In terms of cost and complexity, the mini-split was the bigger project. The humidifier was suprisingly not at all complex and not at all that expensive. For everything, I'd give them an A. It was an honest deal, they gave me alternatives, and I did comparable pricing elsewhere. And the company that came to the house that said that an inspector would be unnecessary offered something which was mostly cosmetic, but their price was for a somewhat smaller unit, was just a little bit less than that, so they weren't giving me any big deal and they would have given me some headaches. And the warranty was not nearly as good either. You buy cheap and deal with cheap or spend just a bit more and get the quality you want. For quality, A - totally responsive. I had a problem for example with one humidifier after they installed it. They were here the same day and took care of it. Not only did they show up on time, but they sometimes show up en masse if there's an issue and one of the fellows says well, I'm not sure, let me call. And I may get two or ... another one or two people from the same company showing up, and among them they work it all out and they get it done. Everybody's been totally professional, totally personable, and extremely responsible. I don't think there's anything left for me to use them for. They come in; they do service on each of their things annually. If the humidifier wasn't done in November, it was certainly the next month. The humidifier was very inexpensive, interestingly. I think that probably cost, if I'm thinking correctly, that maybe cost, all things considered, which includes not just the unit itself but running what the call a condensate line- that cost, I wanna say something under $700, maybe $675 or something like that. This one was designed to work with the furnace that I bought from them after my big old monster gave out a few years ago. Right down the list, I give them A on everything. I'm thinking it may have been a little bit more than $675; let's do $750 just to be safe.

Description of Work
This was for installation of a mini-split.